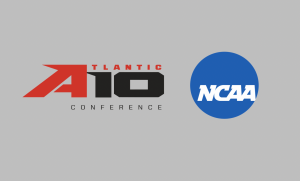 In the same announcement, the NCAA decided to cancel all remaining winter and spring championships.

“This decision is based on the evolving COVID-19 public health threat, our ability to ensure the events do not contribute to the spread of the pandemic, and the impracticality of hosting such events at any time during this academic year given ongoing decisions by other entities,” the NCAA announced.

Mason was set to host the NCAA DI National Volleyball Championship in May at EagleBank Arena, but because of the NCAA decision, it was canceled. There is no information on whether or not Mason will be allowed to host the championship in the coming years.

Shortly after, the Atlantic 10 Conference announced that all 2020 spring sports competitions and championships would be canceled.

“This has been another difficult decision for the conference, but cancelling our spring sports seasons and championships is in the best interest of our student-athletes, coaches, administrators and fans,” stated A-10 Commissioner Bernadette V. McGlade.

She continued, “The health and safety of everyone is our top priority, and while we truly empathize with our student-athletes, we believe this is the best course of action. I’m thankful for the leadership of our presidents’ council, athletic directors, coaches and student-athletes during this difficult time in our history.”

The NCAA has decided as a result to extend an extra year of eligibility to spring athletes.

“Council leadership agreed that eligibility relief is appropriate for all Division I student-athletes who participated in spring sports,” the NCAA announced. “Details of eligibility relief will be finalized at a later time. Additional issues with NCAA rules must be addressed, and appropriate governance bodies will work through those in the coming days and weeks.”

However, according to Jon Rothstein of CBS Sports, the NCAA is “unlikely to grant an extra year of eligibility” to those athletes that competed in winter sports.

Mason will head into summer competing in no championships but hopes to resume competition in the fall of 2020.