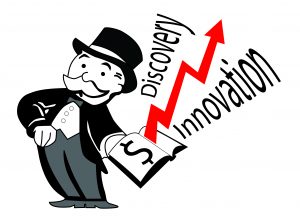 Jeff Bezos is a rich man. Thanks to the success of his company, Amazon, he is currently worth 132 billion dollars, more money than he could ever possibly spend. If he lost half of it tomorrow, he probably still couldn’t spend what he had left. In fact, if he lost 99 percent of it, he would still be a billionaire.

If Bernie Sanders had his way, the wealth of the ultrarich would be subject to a small annual tax, which, according to his campaign website, would cut the wealth of billionaires in half over the next 15 years.

A lot of my conservative friends will choose to respond to this proposal by focusing on Bezos. They will point out that Jeff Bezos earned his money by building a company that people liked, and therefore deserves to keep it. Why would he have gone through the trouble of starting Amazon if he wasn’t going to make any money?

This might be a compelling argument if you’re talking about full-on communism, but Bernie Sanders only wants to take half of the billionaire’s wealth over several years. Would Bezos really have opted out of building his company if you had regretfully informed him that years later he’d only be worth 66 billion dollars instead of 132 billion? Probably not. The money he made far and away exceeded the investment he put into his company. Whether he ended up with 132 billion or 132 million, I think Jeff Bezos would have still started Amazon.

But there’s a group of people we’re forgetting. They are the many people who tried and failed to start an internet company in the mid 90’s. The realistic among them probably knew the odds weren’t great, but the chance of fabulous success was too good to pass up. It’s a good thing for the rest of us that they tried. The more people stick their necks out, the more likely someone is to succeed and create something we can all enjoy.

People only take big risks if they expect big rewards.

To illustrate this fact, and to show you why a punishing wealth tax might not be a great idea, imagine I approached you and nine of your friends with a proposition. Each of you pays me $10, and I’ll randomly select one of you to win 150 dollars. And we can do this as much as you all want.

This is a great deal. You should expect to win about once every 10 times, which means you’ll be spending about $100 for every $150 you make. But, say after the first round, I select the winning friend, and inform her that although she’s won $150, she will be assessed a winner’s fee of 50 percent, earning her a grand prize of $75. I tell her she should be satisfied. She’s just made a handsome 750 percent return on her investment, while nine of her friends just lost 10 bucks apiece. I say it’s hardly time to get greedy, being the only one in the group who made money.

Although she might feel duped, the winner will still be happy with her decision, but the group as a whole has reason to be upset. Although I’ve only taxed the winner, I’ve fundamentally altered the conditions of the game for the losing players as well. Now they can only expect to get $75 for every $100 spent. It’s no longer a good deal, and no one will want to play anymore. It is impossible to take money from one person in such a game without affecting the behavior of the other people.

Taxing the wealth of billionaires like Jeff Bezos is like taxing the winner of my game. Even though he’s still happy with his riches, there are consequences for everyone. It is important to recognize that lowering the expected prize from entrepreneurship dampens the incentive people have to risk everything to pursue success.

We should be careful at playing around with these kinds of incentives, since they’ve motivated the people who produced many of the products and services we now enjoy, and crucially, they also motivated all of those who failed so that others could succeed.

C.S. Lewis: The Triumph of Hope Over Pain