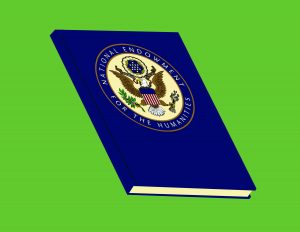 The National Endowment for the Humanities (NEH) awarded three Mason professors a total of $235,000 for two projects in history and art history. The program sponsored by NEH was the Digital Projects for the Public, and through this program the professors received their grants.

History professors Michael O’Malley and Matthew Karush were given $175,000 for their project on “Hearing the Americas.” According to Karush, the idea to pursue their project came when two important institutions, the Library of Congress and the University of California Santa Barbara, started digitizing old records into MP3 versions available online.

“These huge collections of historical records, dating from the end of the 1890s all the way to 1925, started to become a huge deal towards the beginning of the 20th century, and historically, they have been really hard to hear because these records might not all be in one place,” Karush said.

“Both of us wanted to pursue this project because it really comes out of our research interest. I am really interested in tango music because I have published a lot on Argentina. O’Malley is a historian of the U.S., but he’s also really interested in music,” Karush explained.

Art history professor Michele Greet received $60,000 for her project about abstraction in the Andes. She received a fellowship to travel to places like Peru and Bolivia over the course of the year to expand on her research.

“The fellowship goes to give me a year off from teaching, so that I can focus entirely on research,” Greet said. “The way that it works is that it gets sent to the university, and the university pays me my salary during my leave.”

Greet is examining art from  the 1950s–1960s in the Andes using the art form abstraction, which is when artists paint without a specific subject matter. According to Greet, the artwork could consist of color, lines and shapes but doesn’t depict people, landscapes or houses.

“I’m interested in how this art form spread outside of Europe and the United States, but what’s interesting about the way it went to South America in the Andes is that the artists that I’m looking at are saying abstraction already existed there in the period of the Incas and before because they had abstract designs on pottery and textiles,” Greet said.

According to Greet, the artists are using painting form of abstraction and relating it to the past. Her research allows her to look at who these artists were, what kinds of paintings they did, what sources of inspiration they used, where they exhibited and where their international networks were.

“My research is mostly archival, which means I have to go to museums and libraries in different places and use their original sources in order to gather information,” Greet said.

Greet is hoping to publish a book that features her research.

“My two previous books from start to finish took about 10 years, from the research process to the writing process and that does include teaching at the same time,” she said. “I think if I were not teaching, then it would be closer to four or five years.”