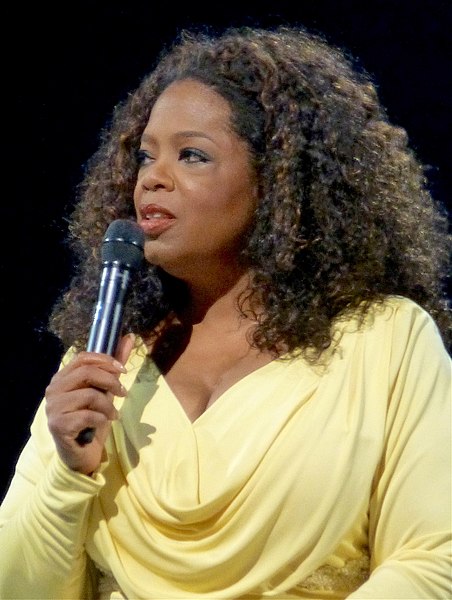 Forgive me, but I’m about to commit a mortal sin: criticize Oprah. In her 2018 acceptance speech for the Cecil B. DeMille Award at the Golden Globes, she remarked, “Speaking your truth is the most powerful tool we all have.”

Although the speech was made last year, it’s extremely relevant now. The other day, a professor in one of my classes was retelling a conversation he had with a Jewish friend of his. They were discussing the tragedy of the Holocaust. At some point in the conversation, the Jewish friend remarked, “Well, from Hitler’s perspective, what he was doing wasn’t evil.”

Hearing this sent shivers down my spine. Yet, I find by modern society’s standards, this can be a legitimate point of view. Today, certain points of view are often legitimized simply because a person holds them. We may be good at dismissing ideas that are not based in facts, like the flatness of the earth, but our society has destroyed any basis to argue morality.

Your truth, according to Oprah, is just a tool. A tool to gain power. Truth is not something we must work in accordance with — it is something we use for our own self-advancement. The way she says it may be harmless, and the way we think of it may be harmless, but that is only because we do not see the frightening consequences of a world without objective truth.

You,the other guy and I can’t all be right if we have contradicting conclusions on morality. As one may expect, disagreement is a recipe for chaos. Of course, there are many questions to consider, such as, where does the objective standard come from? Whose duty is it to enforce these objective values? How can we know these objective values? These are worthy questions, but I will not answer them now. They are a distraction from the question at hand: Why should anyone care that we need objective morality?

Allow me to give you an example. A person I was having a conversation with told me they believed no one had a right to make moral judgements. I asked, “Do you believe we can judge rape as immoral?” The reply was expected, but still quite alarming. The individual remarked, “From the rapist’s perspective, they aren’t immoral.”

Indeed, isn’t that true with everyone who commits acts of violence? Who doesn’t think of themselves as a moral person? If morality is truly dependent on your truth, nobody is evil — not even Hitler or a rapist. But if I speak the truth, rather than my feelings on the truth, (because that’s all “my truth” or “your truth” really means) then we know moral authority exists.

Now if you are unconvinced that there is no standard from which we can derive morality, consider this. Without a ground to stand on, how can you make any moral judgements on anyone or anything? What grounds do you have to criticize a politician? KKK member? Or war? If “to each his own” applies to morality, then Osama Bin Laden’s attack at the World Trade Center is no more or less moral than your decision to volunteer on the weekend. You are morally equivalent to Ghengis Khan because who has the authority to say otherwise?

With a subjective standard, justice is only about us getting our way. With an objective standard for truth and morality, we may not have a tool for personal power, but we will have justice.