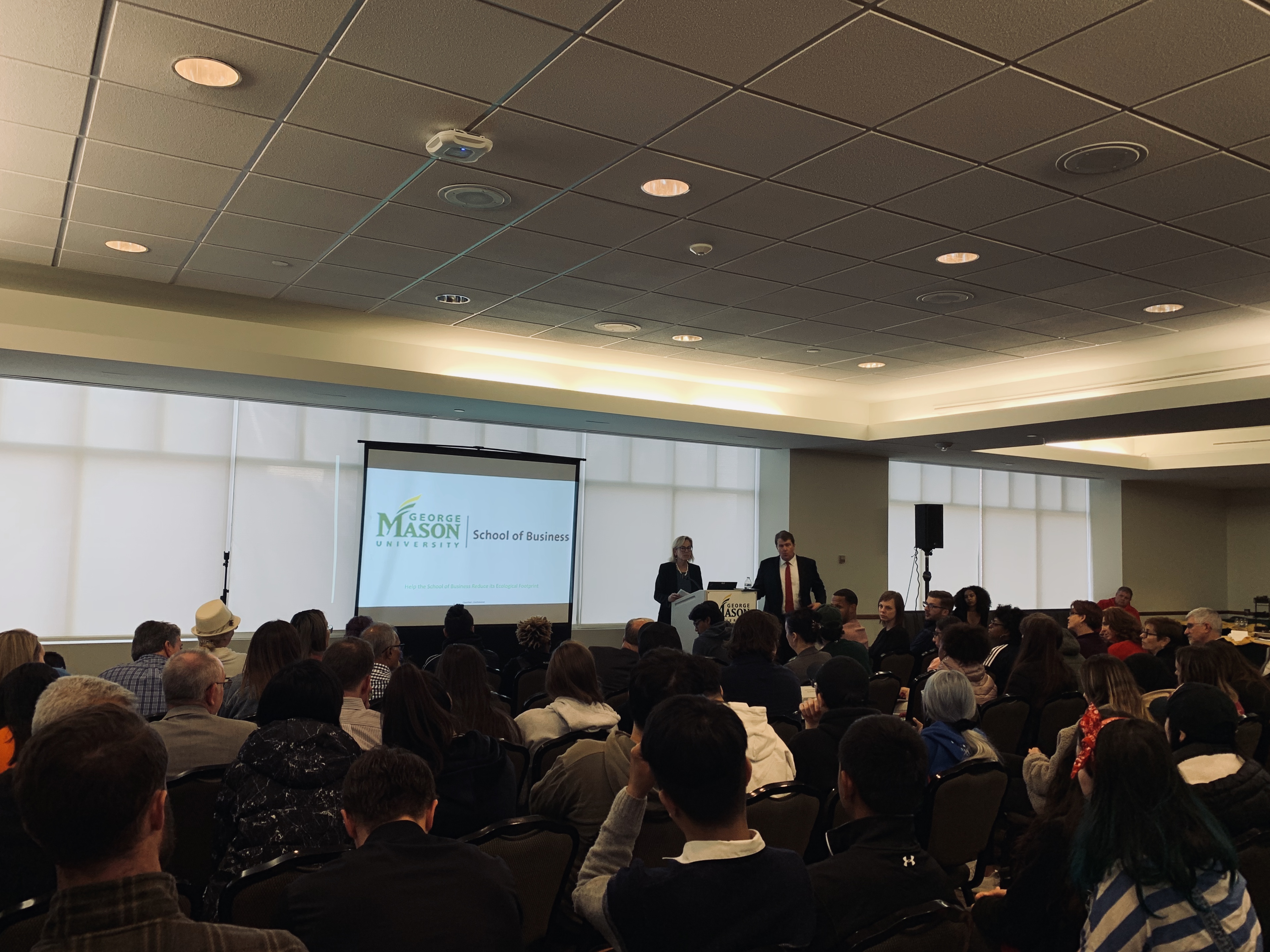 On Monday, Nov. 11, Mason’s School of Business officially launched the Business for a Better World Center.

In 2007, Mason committed to become carbon neutral by the year 2050, when then-president Alan Merten formally addressed the issue of global climate change by signing the American College and University Presidents’ Climate Commitment.

Since this commitment was made, Mason has introduced a number of sustainability initiatives to help reach this goal.

Along with the Business for a Better World Center, Mason’s School of Business has introduced a number of initiatives that further advance the goal of Mason becoming carbon neutral.

One of Mason’s initiatives originating from the School of Business is the Honey Bee Initiative. Working closely with the College of Science, Mason’s School of Business has worked to advance research and education surrounding honey bee sustainability.

This initiative was recognized in 2019 as a recipient of the Association to Advance Collegiate Schools of Business International. The initiative received the Innovations That Inspire award.

The center was created as an attempt to face environmental challenges. Their mission, according to the Mason School of Business website, is to take on issues such as environmental sustainability through action-oriented partnerships and communities.

According to a press release for the event, the Business for a Better World Center addresses “complex global challenges in areas such as education, health, security, equality, technology and the environment.”

Guest speaker Jeff Foote argued for the importance of the role of business in combating climate change, and how both nationwide and local businesses can have an impact on our carbon footprint.

Foote spoke to the audience about the issues of deforestation, water pollution and the urgency of combating climate change.

“If you don’t think it’s impacting you today, I can guarantee it will impact your business, your lifestyle in the future. We all have to do a better job,” said Foote.

Foote has worked for over 20 years at the Coca-Cola Company in Atlanta, Ga. He now serves as the executive vice president of TreeZero Paper, which is a company that produces paper from “sugarcane-based natural resources.”

As part of the launching of Mason’s Business for a Better World Center, Mason’s School of Business will hold a contest among university students relating to climate change.

The Business for a Better World Center will work with the School of Business to promote sustainability initiatives within the Mason community.

Innovation At Its Finest