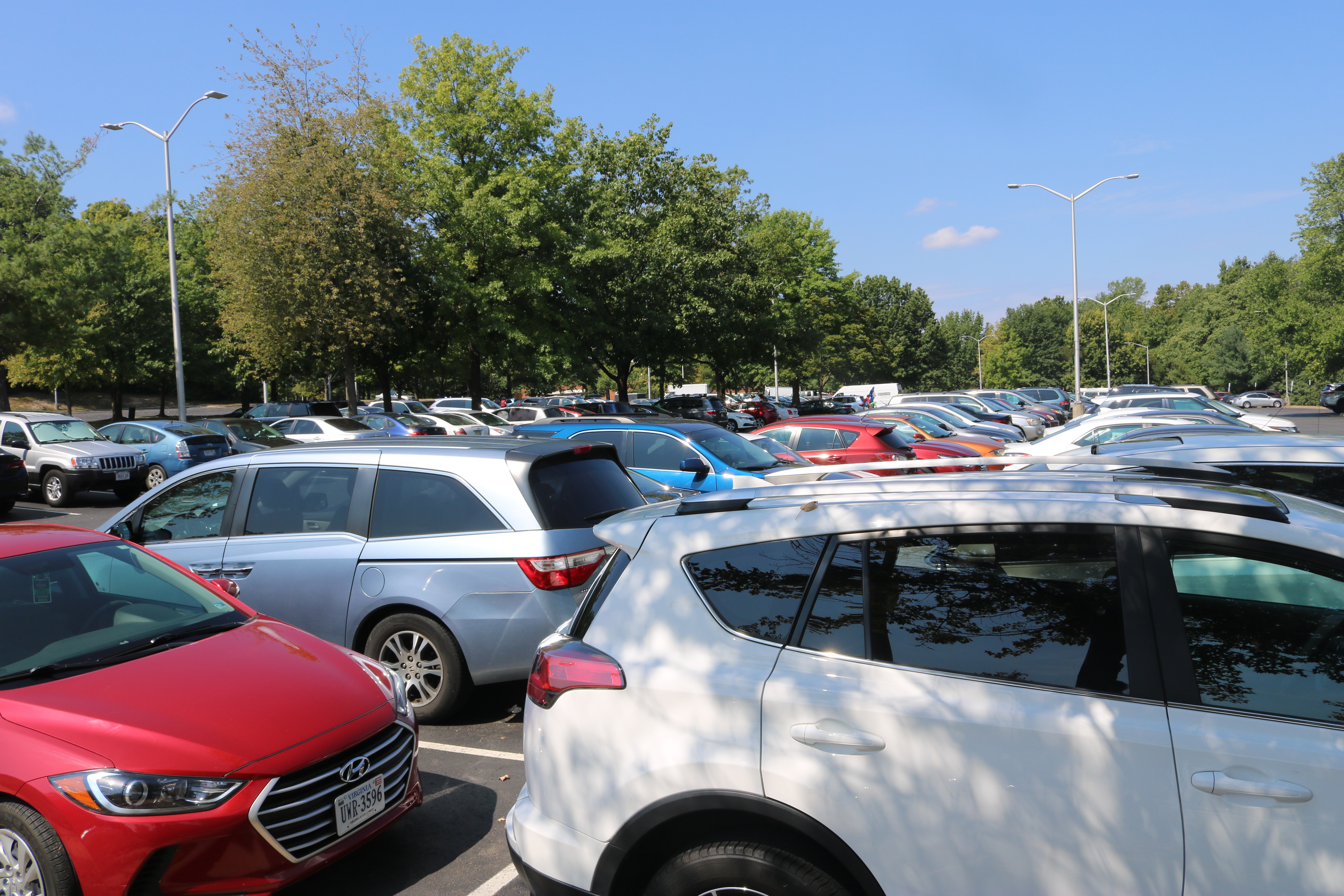 Mason Housing and Residence Life hosted a town hall with administrative staff from Mason Dining, Auxiliary Enterprises, and Parking and Transportation on Wednesday, Oct. 23. Topics ranged from the price and expansion of Mason’s parking infrastructure to the logistics of restructuring Mason’s dining halls based on user feedback.

Josh Cantor, the director of parking and transportation, began by describing the concerns that accompany expanding parking at Mason. “On average, space costs about $20,000 a [parking] space, so Rappahannock Deck for instance was a 42 million dollar project,” he said.

Cantor stated that “we have [the possibility of funding] on the books potentially for a 1,000 space garage for about 35 million dollars.”

Cantor indicated that the possibility of expanding Mason’s parking will be determined in part by decisions made by Mason’s administration, noting a coming expansion of the Sci-Tech campus.

He denied claims that parking overcrowding was an issue, however, explaining that claims of lack of parking often come down to the fact that where parking is available is different from where people want to park. “We control each permit area … We had one student today [who] wanted parking in Lot A. Lot A fills like clockwork by 9 a.m. We had 300 spaces in Lot K, [the student] didn’t want to go to Lot K.”

Cantor indicated that Parking and Transportation are looking at limited expansion in the near future, stating, “We are looking at plans to potentially build some limited surface lot parking, so we’re working with the state on that, so there may be a couple hundred spaces that we’re able to build of surface parking while we look at future plans for garages.”

Cantor then addressed the increase of the use of rental scooters around Fairfax and their impact on campus.

“We’ve been working on this for about six months … we’ve been working with the vendors in the City of Fairfax … we’re going to have scooter corral parking areas, there’s going to be new policies going forward regulating where scooters and bikes can be, so we’re in the final touches and hoping to nail down those agreements. We’ll have a pilot project that will go through sometime next May.”

When asked about whether there will be enforcement of scooter policy, Cantor stated “Yes and no … really, they shouldn’t [currently] be on campus at all … there’s actually a process where we can impound the scooters if they aren’t picked up after a certain amount of time.”

Lucian Weavil of Mason Dining then spoke about the rationale for changes made to dining halls this semester and misconceptions people have about food availability.

“People say, ‘Why did you change that?’ Well, this is the leadership of dining. We are on the streets, in the halls, in retail, every single day. Our offices are at the bottom of Southside. We regularly invite like, anyone, approach [to] us, give us feedback, ask us questions; we give personal tours,” Weavil said.

He continued, ”Someone is saying ‘That’s not in the dining room, I can’t find it’ — the first thing I’m going to do is I’m going to invite you to walk with me.”