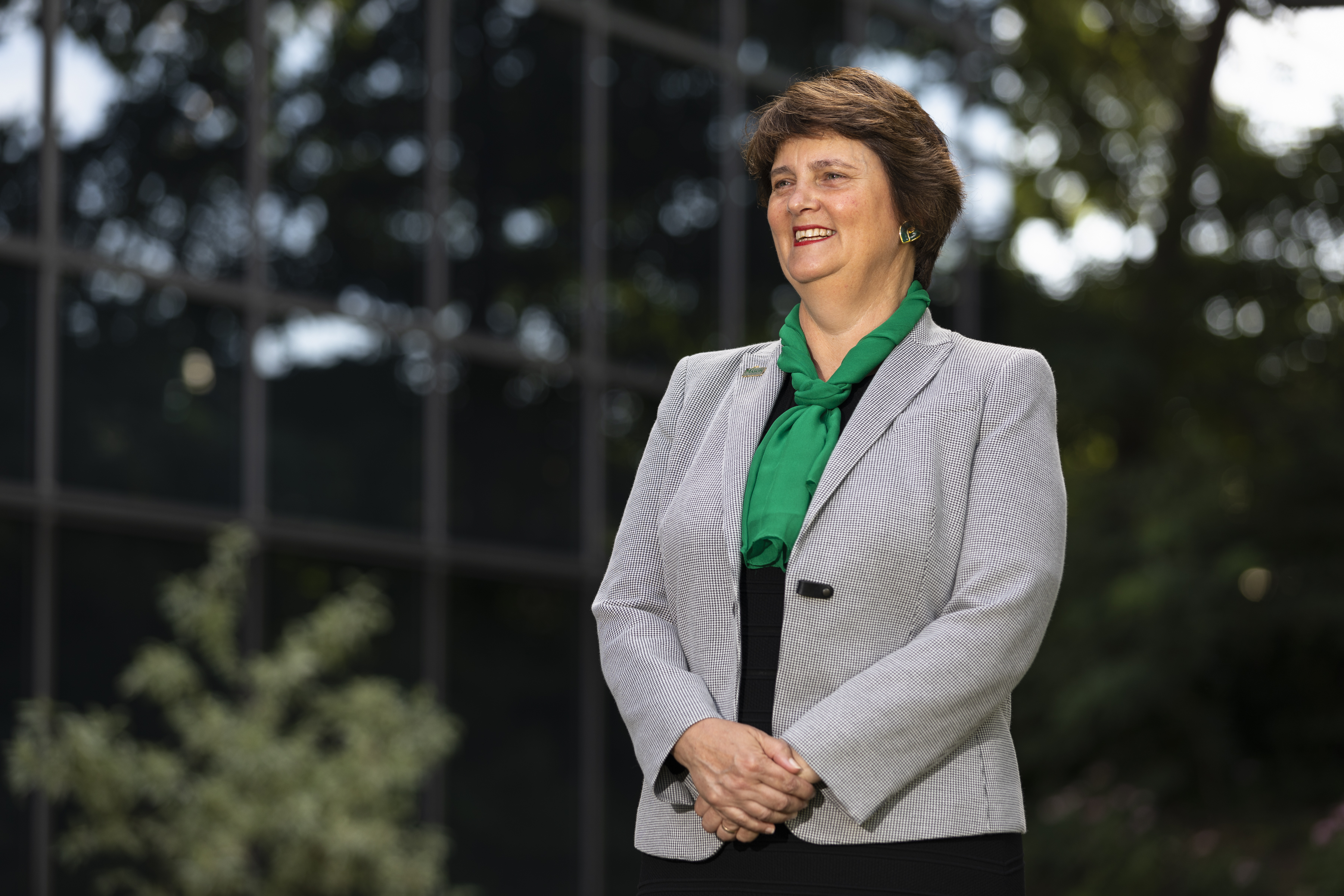 Anne Holton shares her vision and goals for her administration; talks funding, transparency

It started with a phone call. Interim President Anne Holton was preparing for her fall courses as a professor at Mason when she was asked to step in as interim president.

Rector Tom Davis first called Holton a few days after former president Cabrera announced he was leaving to become president of his alma mater, Georgia Tech, to let her know the Board of Visitors was considering her for the position.

“It didn’t take me long for me to say, ‘Sure, that sounds fun’,” said Holton.

On June 20, the university publicly announced that the Board of Visitors unanimously voted to appoint Anne Holton as the university’s interim president effective Aug. 1.

With the announcement of her appointment, Holton became the first female president in the school’s history.

Holton’s appointment, however, was just one of the many roles she has taken on in her lifetime.

She previously served as Virginia Education Secretary from 2014–2016 under Gov. McAuliffe, but her ties to the state capital run much deeper. Holton’s father Linwood Holton was the first Republican governor of Virginia in the 20st century.

Her father also signed the legislation in 1972 that granted Mason independence from the University of Virginia.

Holton expressed that her role now mirrors her time as the Virginia Education Secretary and first lady in that they all gave her convening powers.

“I could call a meeting and people would come, because I was the first lady. But I didn’t have any authority to tell anyone else what to do, and so that was a real great learning experience about how to help people come together around a common goal and get some things done without a lot of direct authority,” said Holton.

As interim president, Holton explained, she has more direct power but also oversees 10 different colleges and schools within the university, as well as other various departments and offices which all have their own identities and ideas.

“That strategy — of being able to bring people together around common goals, even if you can’t tell them what to do — is something that is serving me well,” said Holton.

Two key initiatives that she has been tasked with overseeing and developing are Arlington campus’s tech-talent initiative and Mason’s experimentation into how it can reach adult learners through online educational programs. 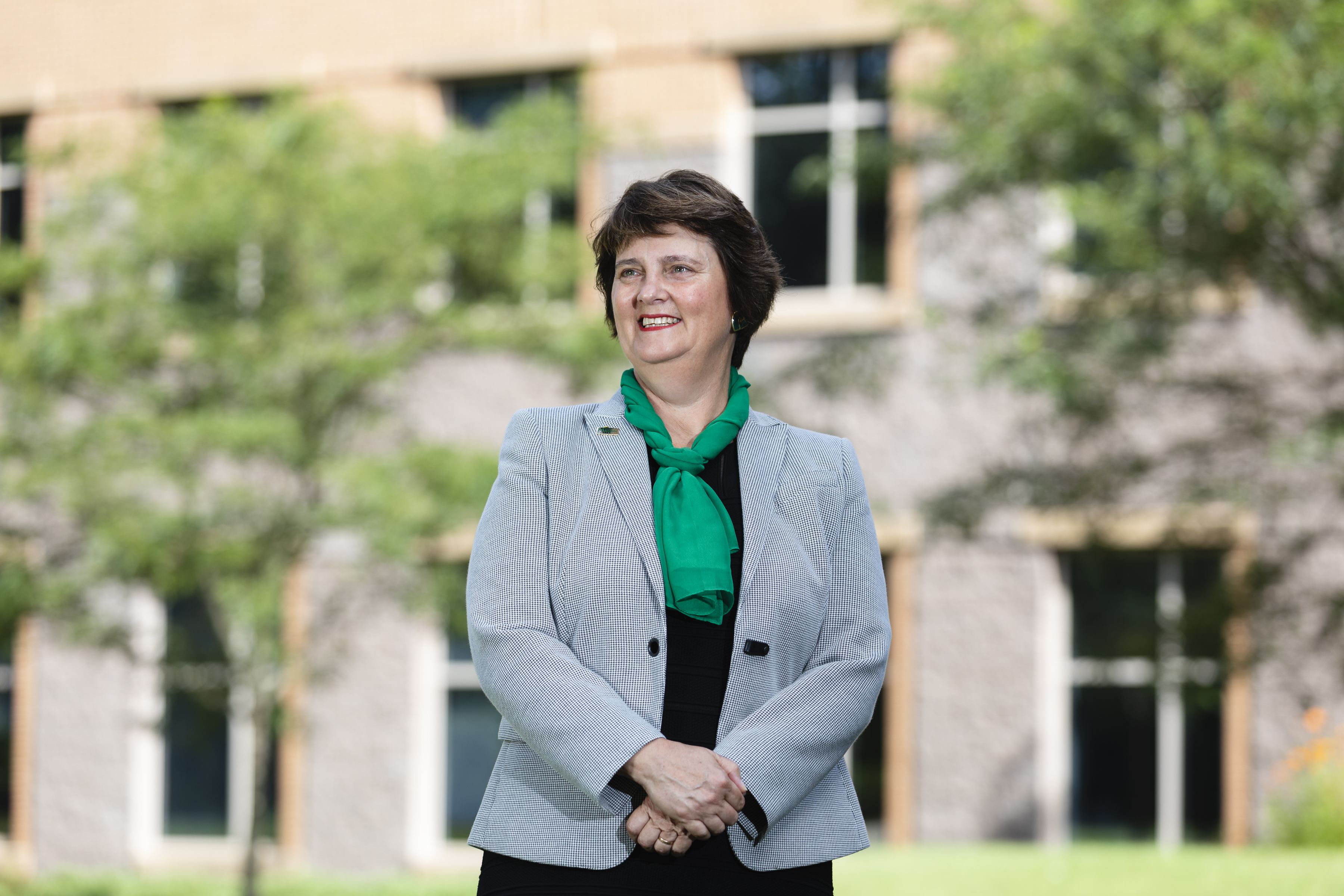 Part of Holton’s role in overseeing the implementation of the Arlington campus’s tech-talent initiative is to work with philanthropic partners to help finance the $250 million pledge that the university has committed to the initiative over the next five years.

Holton’s familiarity with legislature in Richmond could also prove invaluable in securing state funding for Mason.

According to the financial framework provided by the Office of the Senior Vice President, Mason receives on average 75 percent of what other public Virginia universities receive from the state.

“Mason does not get the resources from the state we deserve,” said Holton.

Holton explained that while the university has gotten larger in size and in quality, in order to move forward, more state funding will be required. To secure this Holton suggested a multi-year process to get the state funding up to standard.

Another topic that Holton addressed was donor transparency — an issue that plagued the former administration after several large donations were called into question.

“I am grateful frankly to the faculty and student leaders who helped the prior administration come to terms with some of the, frankly, mistakes we’ve made in the past with respect to gift agreements,” said Holton

Holton also emphasized that she is an advocate for transparency moving forward and feels confident that the revised work done on the gift agreements is a strong step forward.

Though Holton has ambitious goals for her time as interim president, she did confirm that she has no intention of assuming the role full-time.

“I am not an applicant,” said Holton.

As for what her plans are after her presidency at Mason, she plans to resume her role as a professor at the university.

Along with Holton’s responsibilities as president, she is also juggling how to balance her family life and finding time to see her husband.

“He had a meeting in Vienna tonight and called and said, ’Are you home at Mathy’s?’ and I said, ‘Yes I am,’ and he said, ‘Will you come over for a sleepover?’” said Holton, laughing.

In the meantime, she is looking forward to having a little fun at the upcoming Richmond Folk Festival, which combines three of her favorite things: dance, music and the outdoors.

Uncovering the Politics of Eritrea