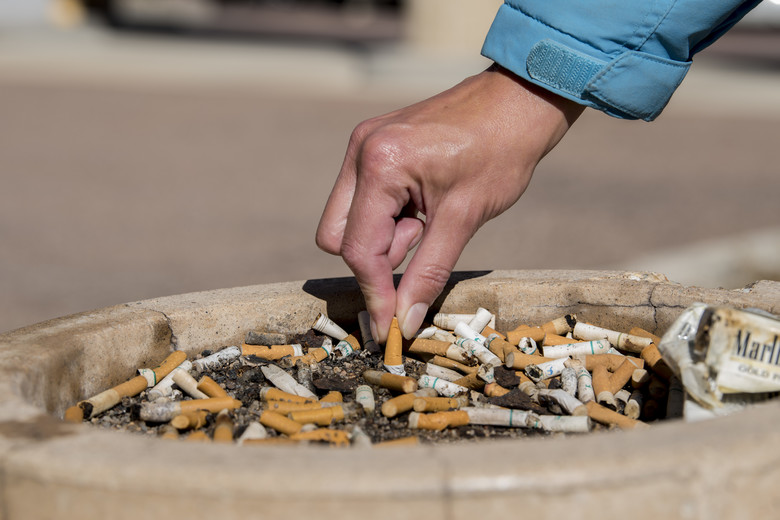 On Feb. 21, Virginia governor Ralph Northam signed HB 2748 into law. This bill changed the minimum age for the sale and possession of tobacco and nicotine vapor products to 21, excluding active duty military personnel. Virginia joins 11 other states and at least 450 other localities in raising the minimum age for buying tobacco and nicotine vapor products to 21, as many state legislators across the nation are trying to do all they can to curb teen nicotine consumption. With this new law going into effect in Virginia on July 1, 2019, people are wondering if it is enough to deter teens from vaping.

No one is oblivious to the fact that teen nicotine use has been on the rise for years now since vaping products have taken over the market. Companies like JuuL Labs have become increasingly popular with teens across the nation, with some even saying they specifically market their products to appeal to teens. Although steps have been taken by the government both on the federal and state level to deter teens away from nicotine, will increasing the minimum age to 21 work? I don’t think so.

Let’s start with teens under the age of 18 that vape or use tobacco products regularly. The minimum age requirement to buy or posses these products has done nothing to stop them from getting their hands on it. I don’t believe that raising the age minimum will produce any large-scale drop of teen nicotine consumption in the future. Setting age restrictions on things like alcohol, tobacco or nicotine vapor products does make it harder for underage people to get a hold of them, but the possession of these products can be difficult to enforce. Although some may see these policies as a step in the right direction, I think there are other ways to go about this.

The marketing of these products is the most prevalent issue regarding teen nicotine consumption. For example, one of the main reasons many teens started using nicotine vapor products were the flavors available. When Juul e-cigarettes were beginning to rise in popularity, they offered flavors like mango and cucumber, which appealed to teens. The company came under an enormous amount of pressure, which led them to discontinue selling all such flavors that had larger appeal to underage persons.

Many e-cigarette companies have a large social media presence they use to portray their product in a way that appeals to teens. Even before social media, many tobacco companies did the same thing by putting ads in popular magazines, on radio and on TV. With the Public Health Cigarette Smoking Act passed in 1970, ads of tobacco products have been banned from TV, radio or any other publications that have a large audience under the age of 21.

Even in places where the ads are allowed, there are numerous guidelines for them. Some include the Surgeon General’s warning, which states that warnings have to take up at least 20 percent of the space on an ad. As nicotine vapor products grew in popularity, the FDA took action, and in 2016 passed the Deeming Tobacco Products to be Subject to the Federal Food, Drug and Cosmetic Act. This act makes both nicotine vapor products and electronic nicotine delivery systems (ENDS) subject to the same rules as traditional tobacco companies in regards to advertising. I see this as a more effective move towards decreasing teen nicotine use rather than simply raising the minimum age to 21.

Although advertisement restrictions have been put in place, it is hard to regulate trends among young people. Vaping has become a normal and acceptable thing, as smoking cigarettes once was. The key to stopping this trend is time. The effects of vaping are still being completely fleshed out and found. Researchers need time to produce results that show whether vaping is as damaging as smoking tobacco is. It is hard to determine how to curb this teen vaping issue, but I believe there needs to be stricter advertising laws for nicotine vapor products, or even regulations on what flavors can be sold.