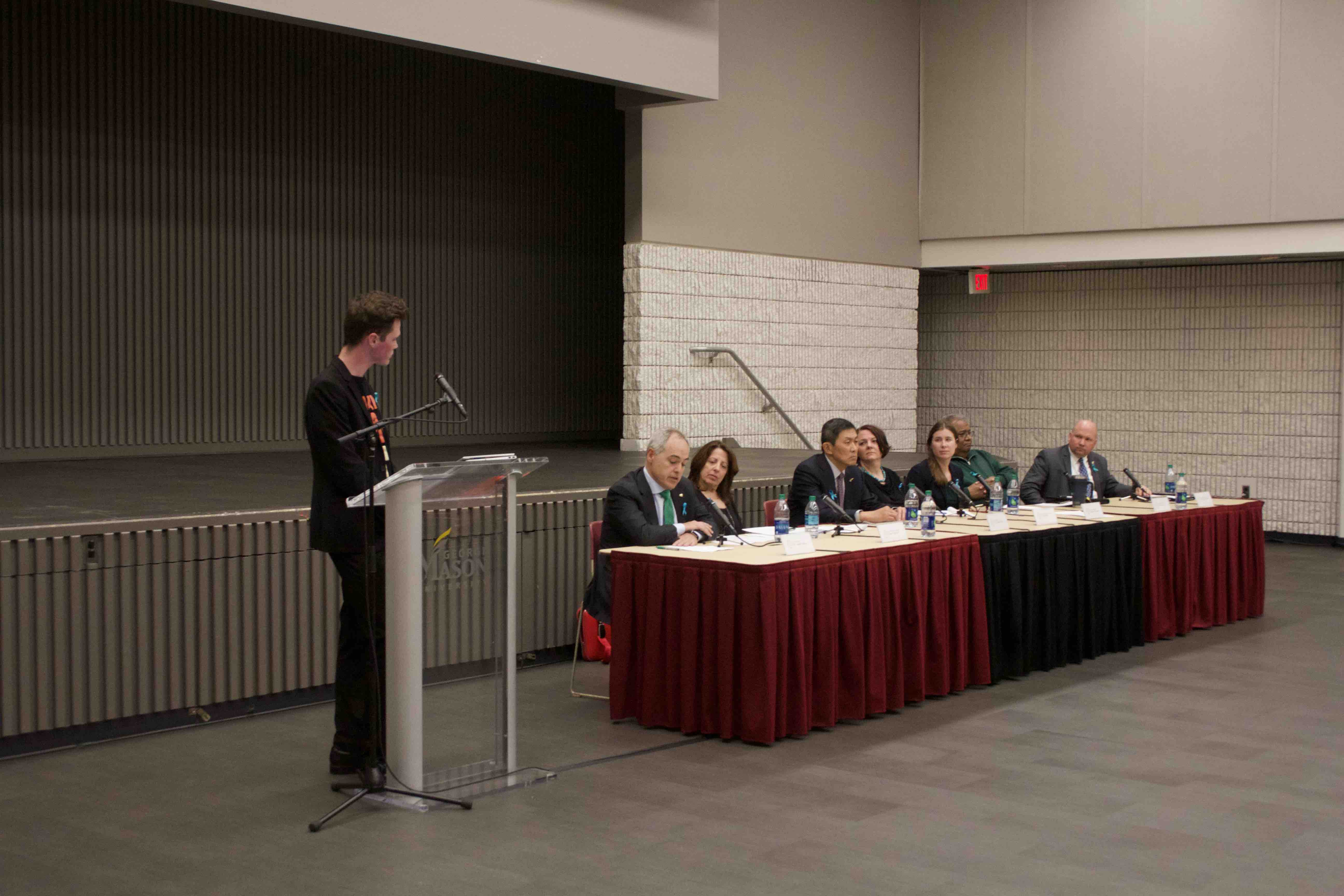 Since the news broke that Supreme Court Justice Brett Kavanaugh will come to Mason as a distinguished visiting professor with a three-year contract, the pushback from the community at large has been overwhelming to say the least.

This hiring comes amid recent lack of notice from Mason police to notify students about a Mason student found recording women in a bathroom on campus, in addition to complaints of an understaffed Title IX office and ongoing issues with donor transparency. Kavanaugh’s hiring, rightly so, is another amalgamation of these issues that spark outrage from the student body.

In an interview with President Ángel Cabrera by Cody Borden on Mason Cable Network, Cabrera maintained the position to not fire Kavanaugh, saying he is “very respectful of the many views about Justice Kavanaugh, and I don’t intend or pretend to change anyone’s views.”

Cabrera then added, “My decision is not to hire him or not hire him.  It is to respect the judgement the law school faculty has done. They know what’s best for the law school, and they decided this is in the best interest of the students, and I respect that.”

In light of mass pushback from the student body and student-led advocacy groups like Mason for Survivors, Mason recently approved funding to add two more Title IX coordinators. Even with the extra staff, the office is still not equipped to serve the university’s 34,000-student population. However small it may be, it is still a slight step forward.  Yet, through the town halls, mainstream media coverage from publications such as The Huffington Post and mass student-led petitions—with now more than 11,000 signatures—Mason administration remains firm in allowing the Antonin Scalia Law School to have the freedom to stand by their decision. Cabrera remains firm in maintaining neutrality to not interfere or infringe upon that.

First, allowing hiring decisions to be decided by the faculty and staff in a law school that already has gained much skepticism from the general public over donor influence from the Charles Koch Foundation does not help to restore trust or transparency to a skeptical community. This is especially true considering that one of the groups that publicly campaigned for Kavanaugh’s confirmation was a group funded by the Koch brothers known as Americans for Prosperity, according to The Intercept, as well as Mason’s law school receiving millions in funding from Koch donations.

Maintaining a position of noninterference in the name of academic liberty afterwards essentially upholds that entire power structure. How much correlation is there between academic liberty, private interests and political leaning?

Even so, the argument that having Kavanaugh, a sitting Supreme Court justice, teach students, providing them with an unique opportunity and a high honor, is weak to say the least. Given his history and track record, Kavanaugh’s conduct throughout his appointment to his position, where he demonstrated a willingness to retract, misinterpret and even lie, makes him a poor example of a Supreme Court justice and a faculty member at a university. 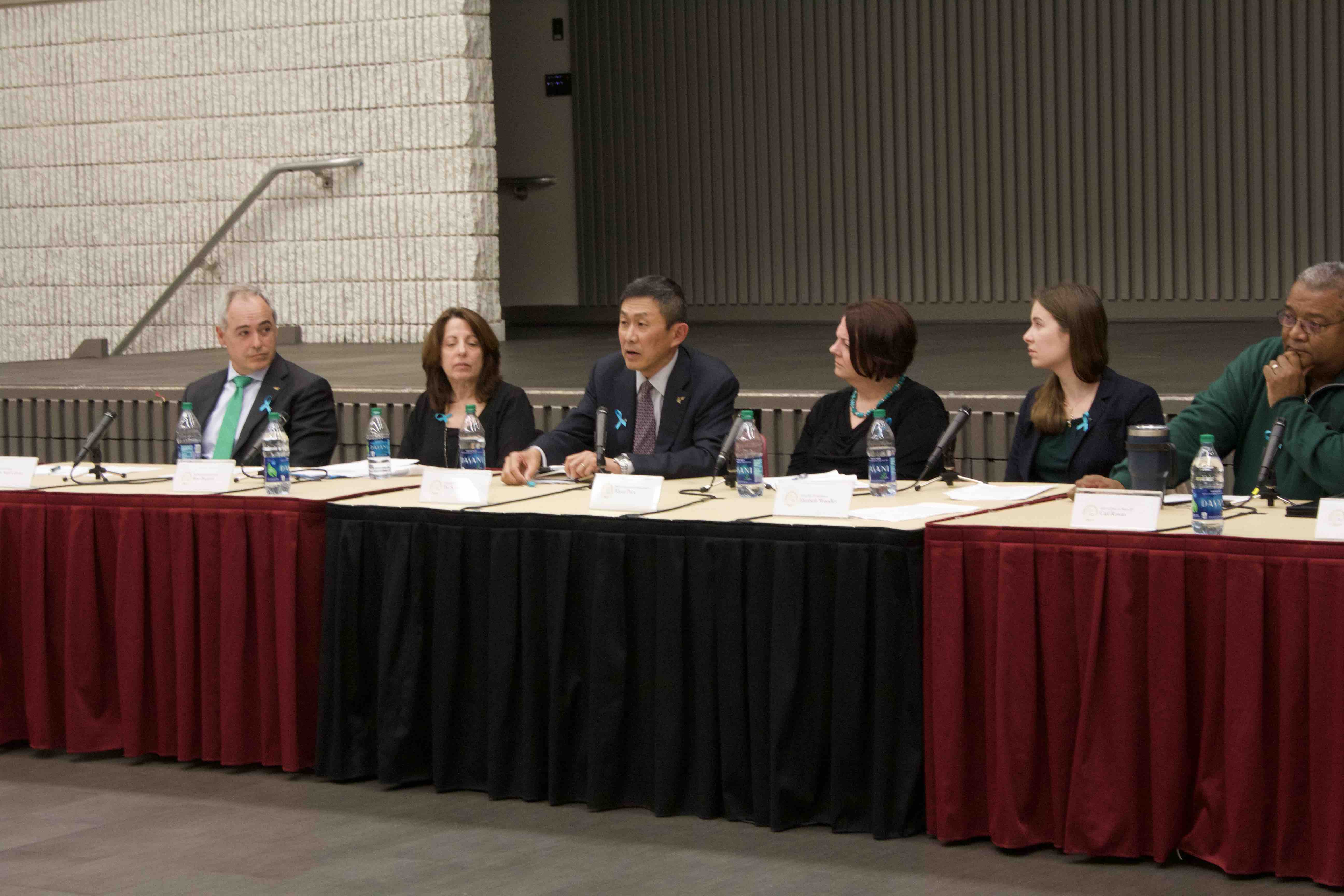 In fact, according to The Intercept, “an analysis by the environmental law firm Earthjustice found that of 26 EPA-related cases in which Kavanaugh wrote opinions, the judge came down on the side of rolling back protections for clean air and water 89 percent of the time.” In 16 out of 18 cases, Kavanaugh’s ruling would result in less protection and more pollution—which demonstrates just one instance of embellishment and lies on his own track record.

Kavanaugh also said during his hearing that “I got into Yale Law School. That’s the No. 1 law school in the country. I had no connections there. I got there by busting my tail in college,” when in reality Kavanaugh was a legacy.

Even in other details over his alleged drinking history in high school, or relationships with old friends, it seems there are a lot of attempts to misinterpret or add deliberate ambiguity to his past.

According to the code of conduct for U.S. Judges, one is expected to “act in a manner that promotes public confidence in the integrity and impartiality of the judiciary,” and that “the duty to be respectful includes the responsibility to avoid comment or behavior that could reasonably be interpreted as harassment, prejudice or bias.”

During his hearing, Kavanaugh was immaturely angry, going so far that when asked a question on if he had ever blacked out while drunk, failed to answer the question and snapped back, “I don’t know, have you?” With both his years of experience and background in his job, Kavanaugh should at least be accustomed to more rigorous questioning.

If you are to be appointed into the highest court in the land, that experience is merely expected. It is a challenging, expecting and demanding position. Those who are appointed to be leaders in high and powerful positions must be able to withstand that responsibility and pressure, so we have dignified people who are able to serve their country at large.

Among the law community, both his unprofessionalism and poor conduct has also been called out. More than 2,400 law professors previously signed a petition saying that Kavanaugh is unfit to be appointed as Supreme Court justice.

As judges are expected to evaluate evidence, have credibility and make fair decisions to the best of their ability, Kavanaugh’s behavior and record is more than enough to discredit and invalidate his appointment to both the Supreme Court and his appointment to come to Mason as a professor.