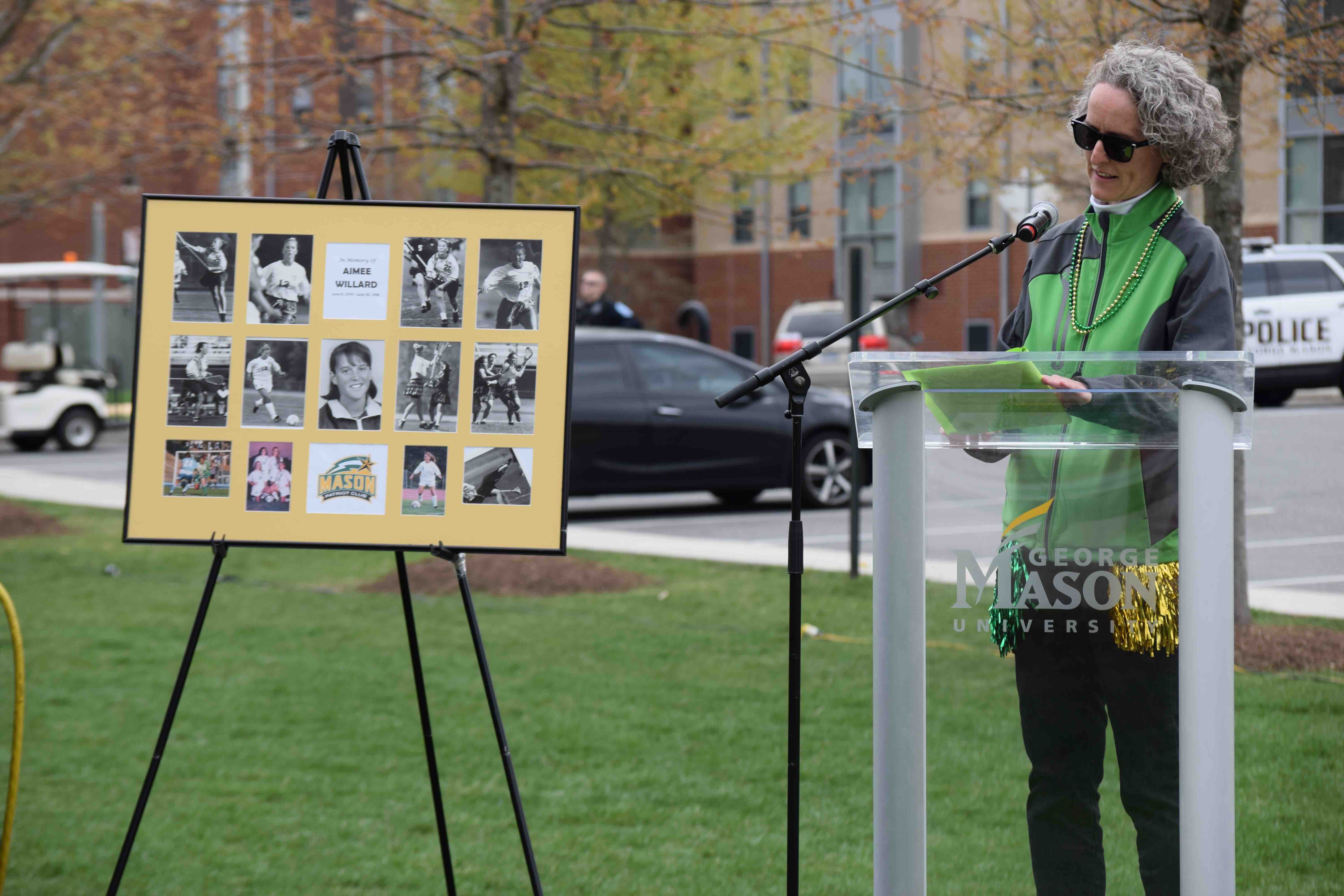 On April 11, Mason hosted its 23rd annual Victims’ Rights Run/Walk 5K in honor of Aimee Willard, a star lacrosse and soccer player at Mason in 1996.

Willard was on her way home from a bar near Philadelphia when she was brutally raped and murdered in June 1996. Willard’s killer was later found to be a repeat felon, which sparked the creation of what is known as “Aimee’s Law.”

The law requires that “a state that granted early release to an individual convicted of murder, rape or child molestation to pay for the costs of prosecution and incarceration if that individual is then convicted of one of the three listed crimes in another state. The penalty would be taken out of federal law enforcement assistance allocated to the state that had granted the early release,” according to www.womenspolicy.org. 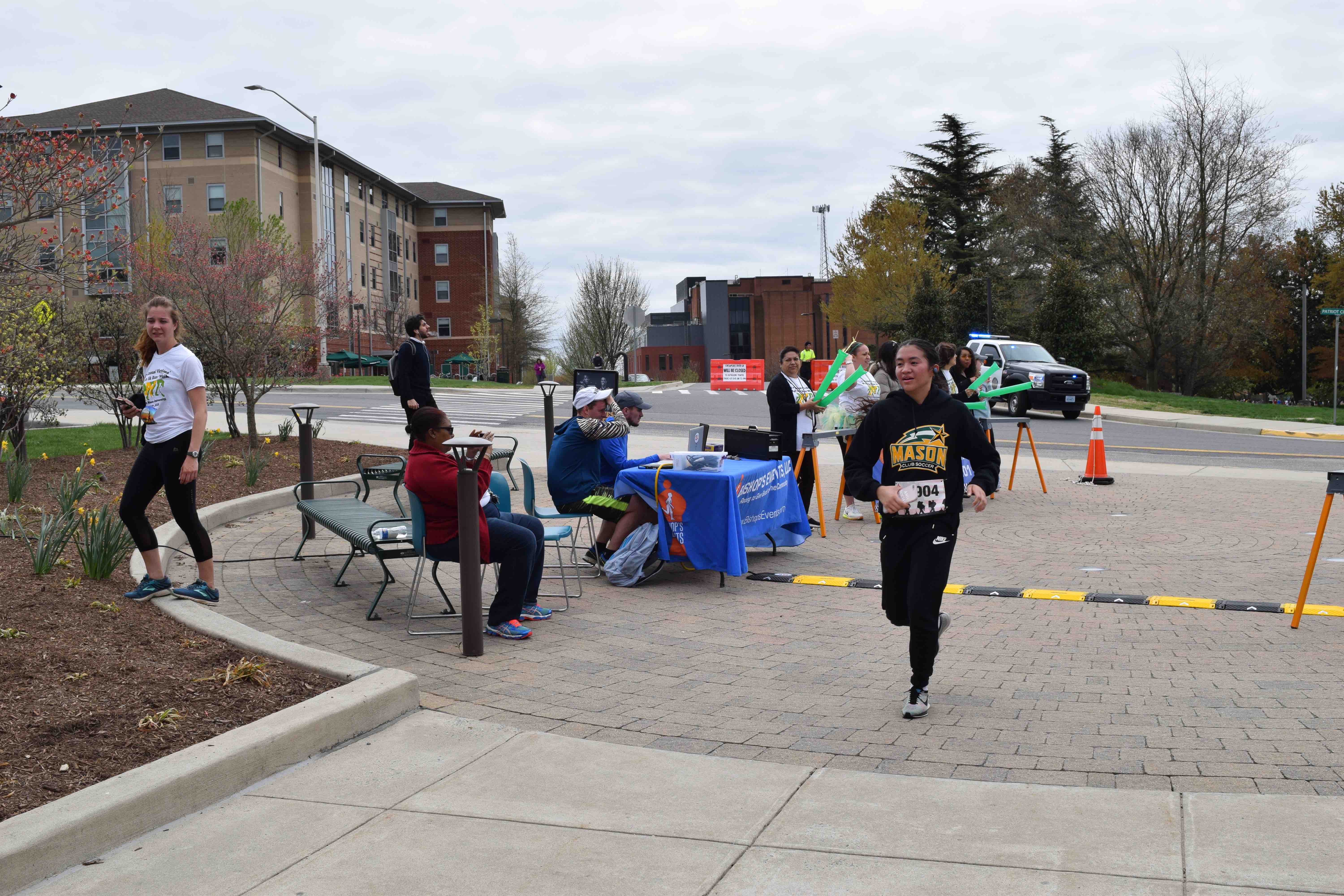 “We do this event to honor her and honor our other survivors on campus and [let survivors] know, ‘Hey … we’re here,’” Nichole Nicholas, assistant director of health and wellness education at Mason, said. “We also do it to show students and our faculty and staff that we have a fund here that supports our survivors.”

All ticket proceeds from the 5K went to the Mason’s Victims of Violence Fund.

This year, the organizers decided to make the event Mason-spirited instead of using the usual logo from the Department of Justice website, Nicholas explained.

Participants could find signs against interpersonal violence along the course. Mason’s clothesline project was also displayed on Merten Hall Lawn.

The event also brought in outside sponsors and community members, including Debra Ranf, the community engagement supervisor of Fairfax’s Domestic and Sexual Violence Services. 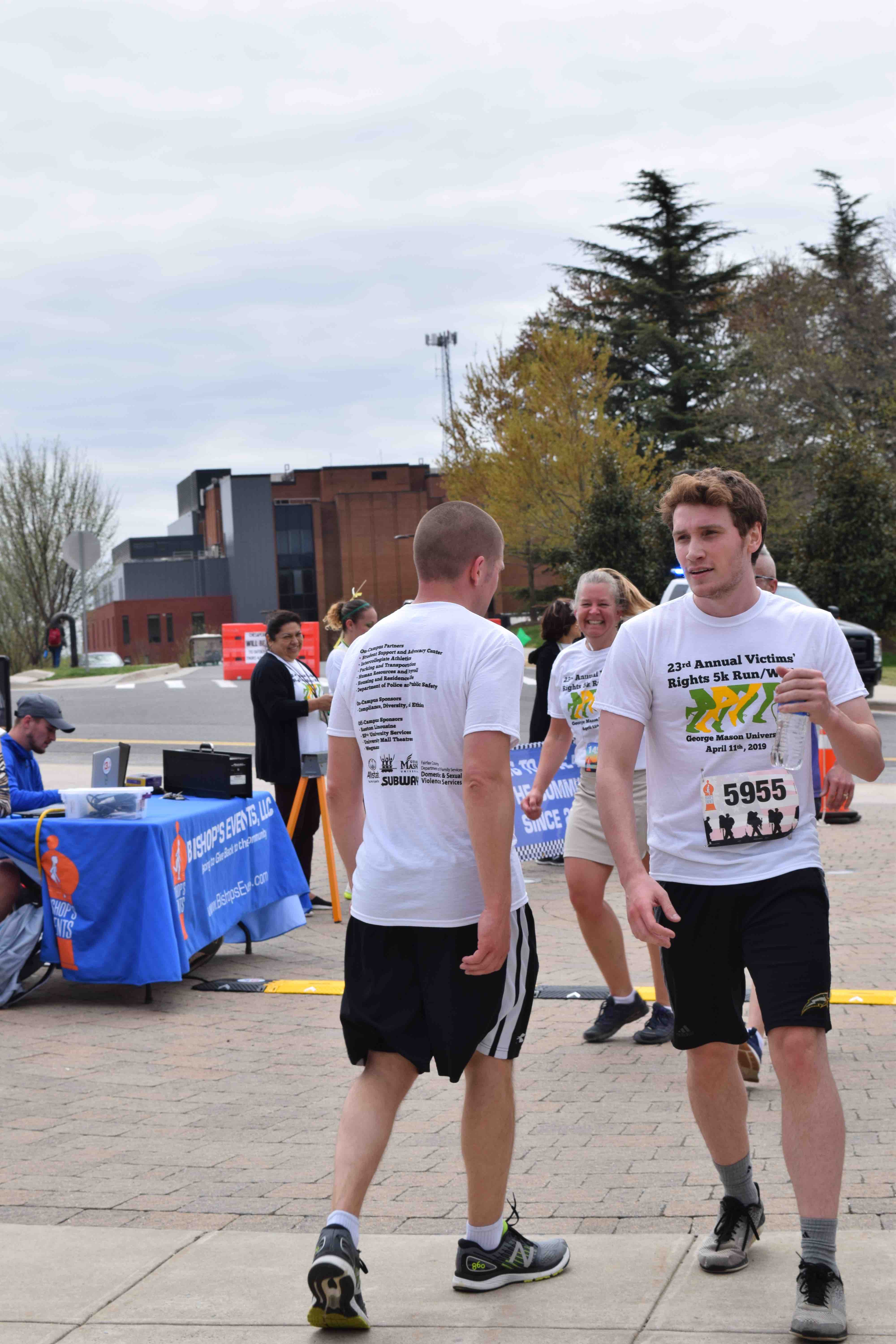 Courtney Diener, assistant director for interpersonal violence at SSAC, also expressed the importance of the community. “It’s not until our entire community comes together and really talks about the issues and addresses the issues that change is going to happen in the way that we want it to happen,” she said.

For Diener, the event is part of a larger goal of continuing the conversation of interpersonal violence.

“I think that we should be talking about these issues all the time, and I might be a little bit biased, because it is my full-time job to support survivors and to do prevention work,” Diener said. “This particular event really has the space of honoring survivors. It’s centered around victims and survivors, and you don’t always have that with some of the prevention that happens.” 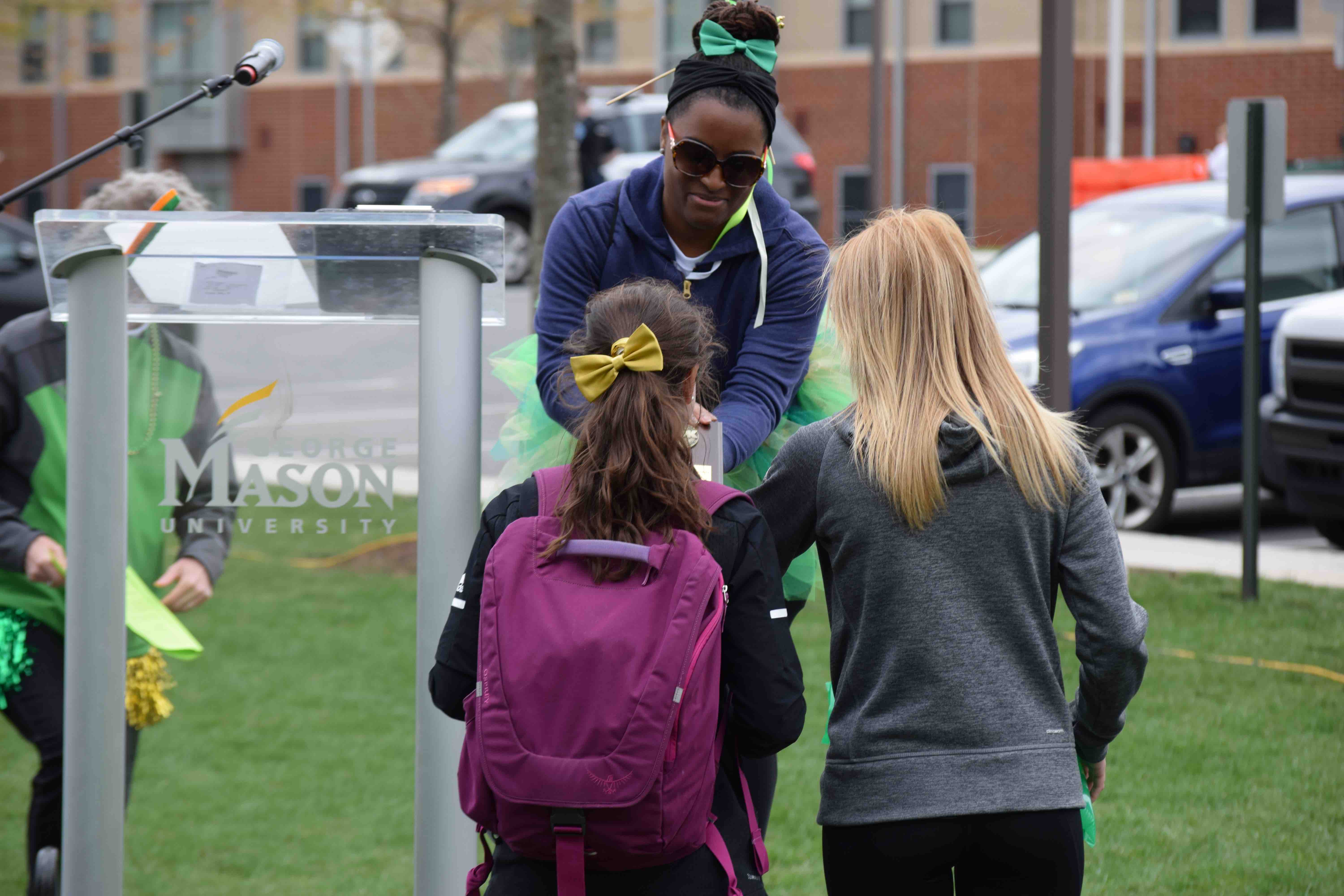