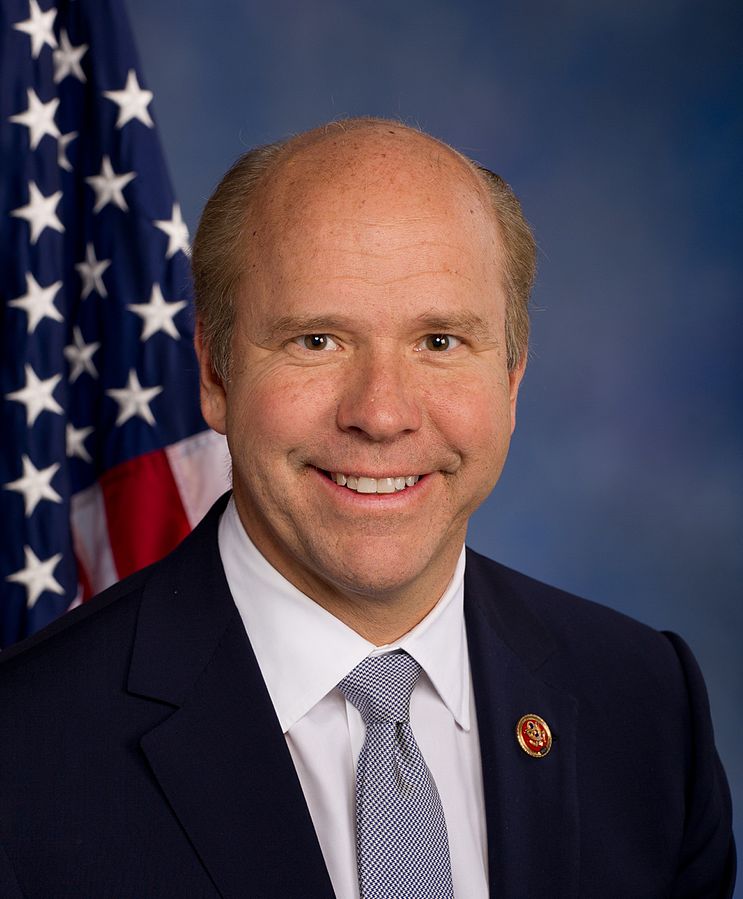 I’m just going to say what everyone is already thinking: this country needs John Delaney to be president of the United States.

If you haven’t heard of John Delaney, it’s about time you woke up and started paying attention to American politics. If you read his name and thought, “Isn’t he a comedian?,” the answer is no, that’s John Mulaney. And presidential candidate John Delaney isn’t to be confused with the John Delaney who is a Florida politician, or the John Delaney who runs Irish association football.

And you really should know who he is if you care about the upcoming 2020 elections, because John Delaney has been running for president since July 28, 2017. While all the rest of the lazy Democrats were declaring their candidacies at the beginning of this year, John Delaney and his staff were celebrating their campaign’s one-and-a-half-year anniversary. John Delaney cares so much about running for president that he didn’t run for reelection to his House seat in 2018. America needs that kind of focus, determination and eagerness in the Oval Office.

One of Delaney’s signature campaign issues is dealing with the challenges of automation. He has an optimistic view of automation, and he proves it by letting an automatic presidential campaign text generator write his entire website.

Some examples: “Americans deserve a leader who will unite our divided nation and turn big ideas—that address present day and future challenges and opportunities—into real solutions.” “Not only is infrastructure funding necessary to improve the system, investing in rebuilding crumbling infrastructure is a job creator and will boost the economy.” “The country is in need of immigration reform to update the system to account for changing times.” “John Delaney is running for president to bring the country together and implement policies that work towards the common good.” John Delaney practices what he preaches.

John Delaney is flexible. He isn’t locked into a rigid ideological platform, or even a rigid logical platform. He opposes gerrymandering and wants to have independent redistricting committees.

Concerning his time in Congress, his website says, “In many ways, the district I represented, Maryland’s 6th, is America in miniature, spanning the rolling hills of Western Maryland to the enterprising suburbs of Montgomery County.” That’s one way to put it. The Baltimore Sun put it differently in a story about the current Supreme Court case challenging Maryland’s district map. “The Maryland case centers on the configuration of the 6th congressional district, which stretches from the liberal Washington suburbs of Montgomery County to conservative western Maryland,” The only reason John Delaney won his election was because Maryland gerrymandered his district to unseat the Republican who used to represent the 6th district, but Delaney is an anti-gerrymandering crusader. That’s the kind of flexibility we need to lead the free world.

Finally, what’s a presidential campaign without some swag from the campaign store? Delaney’s store includes the normal hats and t-shirts, but also includes the “Memory” Eraser. This eraser is meant to be placed under your pillow before falling asleep so that “by morning, you’ll have forgotten all of the pain, invective, division and incoherent ramblings of our 45th president.”

But wait, there’s more. The website also states, “If troubling memories linger…simply empty the entire bag under your pillow and sleep again like it’s 2009.” You might be thinking that it’s odd to hearken back to the good old days of 2009, when unemployment was rising, housing prices were collapsing and the economy was in its worst downturn since the Great Depression … but they are selling a “Memory” Eraser, so that just proves the product works.

Join me and vote Delaney, but don’t tell anyone. Let’s keep this majority silent.

Student Government Needs to Get Its Priorities Straight