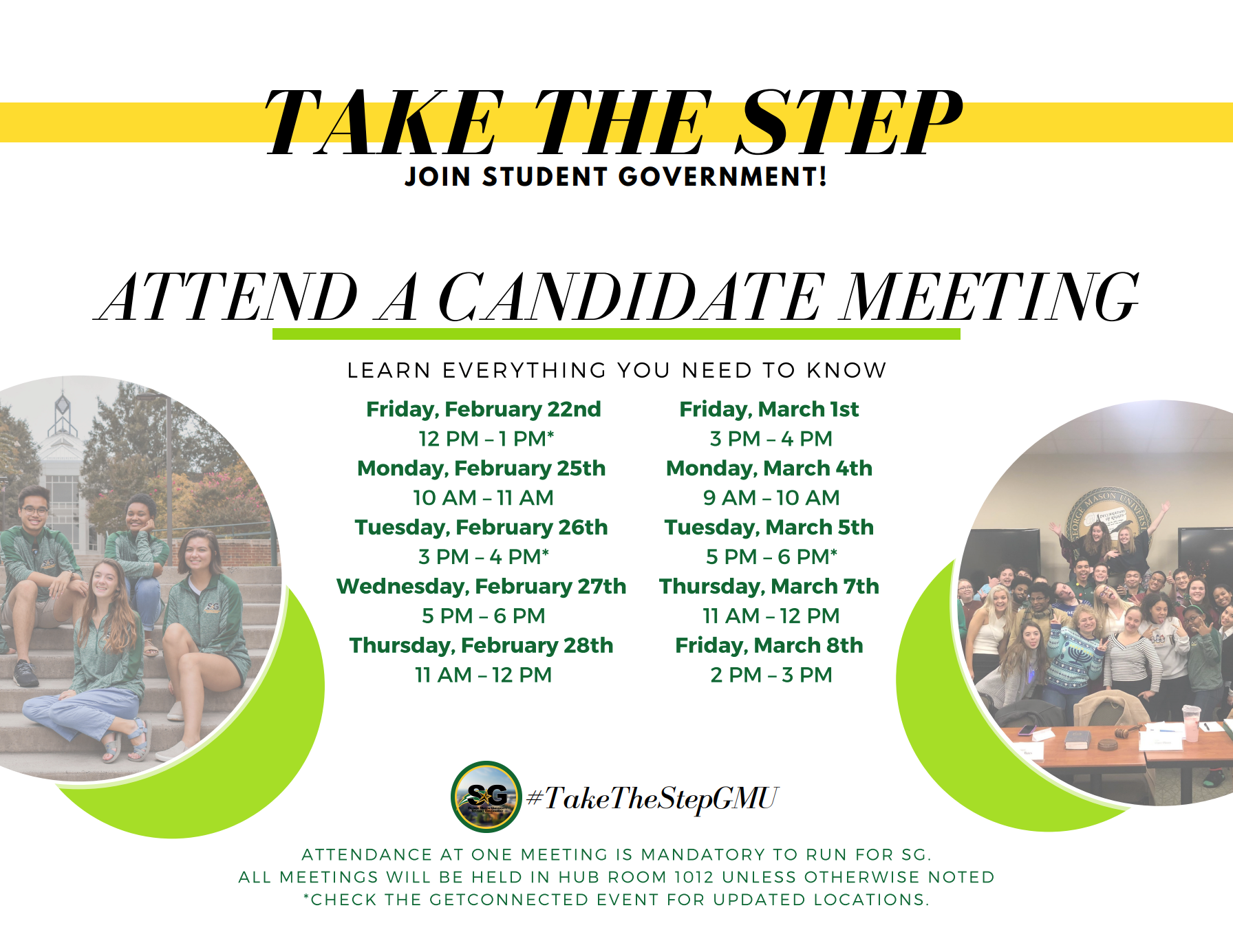 The 2018-19 school year has been transformative for Mason’s Student Government. Since last April, we’ve had to rebuild our organization and reputation from the ground up. We’ve had to do damage control, answer late night phone calls and send just as many 1 a.m. emails.

While we’re far from finished, I’m pleased to look back and see how much we’ve accomplished.

I came into Student Government with nothing more than a desire to get involved and an opportunity to give back. After a year on the job, Bekah and I are now preparing for our own graduations. What a year.

There are things we haven’t yet accomplished. However, we’ve worked every single day to reach new feats, represent every student and reinvent the process. We’ve stuck to our commitment of advocating for the student interests and ensuring your voices are heard.

At this critical juncture, we hope you consider running for one of the many open positions in Student Government. Thirty at-large senate seats will be up for election, along with the student body president and vice president positions.

We’ll be holding nine separate candidate meetings throughout the next two weeks. If you attend one of these meetings, you’ll learn more about what the position entails and where you can contribute.

Joining Student Government isn’t limited to government majors or those deeply involved in politics. All of our experiences—as an off-campus or transfer student, a person of color or part of the LGBTQ+ community—offer us a unique perspective to represent the greater student body.

Student Government has been ambitious. Through our What Do You Want Wednesday tabling, we’ve recorded over 800 unique responses. We assembled a civic action toolkit designed for student activism. Three new events were added to Patriots in Action, our program to stand united with sexual assault survivors. We’ve worked to extend Fenwick hours until 3 a.m. during Finals Week, along with publishing weekly scholarships. We’ve attended multiple conferences and made Mason’s Student Government presence known throughout the DMV area.

We haven’t forgotten what governance is about: hearing from you. Mason deserves a Student Government representative of its 37,000 student body—one willing to engage in difficult dialogue, tackle the “little things” and commit through until the end.

Student Government is a choose-your-own-adventure: You pick the committees you sit on. You pick your involvement level. Most importantly, you pick the friends you make and the legacy you want to leave on this campus.

As Patriots, each and every one of us has the opportunity to create substantive change. We hope you take on this challenge in whatever capacity you feel fit.

The International Students of NOVA