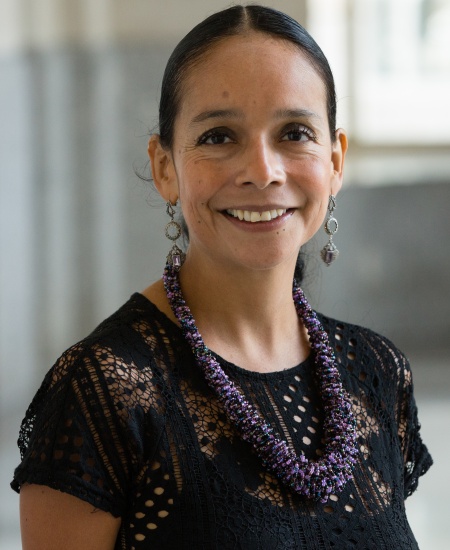 US-Mexico relations expert Dr. Correa-Cabrera on her interest in the Mexican Drug War.

One knowledgeable and distinguished Mason professor is working to educate students and conduct research on the ongoing Mexican drug war. Dr. Guadalupe Correa-Cabrera is a professor at the Schar School of Policy and Government specializing in U.S.-Mexico relations, including the war.

Correa-Cabrera initially worked for the Mexican government in both the Ministry of Finance and Ministry of Culture. She came to the United States to further her education and pursue a master’s degree.

“[After] I studied at a master’s program, I thought starting a Ph.D. would help further the change I wanted to do,” Correa-Cabrera said. “I saw an opportunity to serve society in a better way by finishing my Ph.D. to inform [people] about social issues.”

Correa-Cabrera worked at the University of Texas Rio Grande Valley and was able to research drug trafficking, human trafficking and U.S.-Mexican border relations.

“I was able to apply for a grant to study human drug trafficking and organized crime,” Correa-Cabrera said. “I interviewed migrants and people by traveling to Central America and experiencing first-hand those issues.”

Correa-Cabrera chose to become a professor at Mason, specifically at the Schar School of Policy and Government, for a number of reasons.

“Being close to Washington combined my field of research with policymaking,” Correa-Cabrera said. “The reason why I came to [the] Schar School of Policy and Government is because they describe the program as that, policy in action.”

Correa-Cabrera lived on the U.S.-Mexico border in El Paso, Texas, before coming to Mason. After spending some time working there, Correa-Cabrera found herself set on policy making.

Just a few months after Correa-Cabrera first arrived in El Paso, she was thrust into a difficult situation.

“After I arrived, a consultation between two violent groups was taking place,” Correa-Cabrera said. “People were killed, dismembered, kidnapped, and these massacres [happened] a few miles from where I was living. So, I decided to explain what was going on, because it was too close [to my home].”

Living so close to the border, with Mexico about a 15-minute walk away, meant Correa-Cabrera heard and experienced many horrifying moments.

“International bridges were closed,” Correa-Cabrera Carrera said. “We used to listen to the shootings, [and they] would go on for hours. During [the] time the consultation started, the Mexican president had declared a war on drugs. [The drug lords] kidnapped some of my students and [their] parents.

“To make sense of what I was experiencing, I tried to understand it,” she said.

“The issues that I was doing research on became important to the United States,” Correa-Cabrera said. “Being part of a community of policymakers would help others [with] policymaking. The location and ambition of [the] Schar School [was very well-suited to] my goals.”

“I started looking at the problem and [focusing] on drugs, and in the end, I found different things,” Correa-Cabrera said. “I [initially] talked about big corporations profiting from human misery and human tragedy. In the end, this changed my view. I found people. …that were killed. I forgot about the drugs and started looking at how some profits function from human tragedy.”

Correa-Cabrera expressed the importance of understanding the Mexican Drug War from a humanitarian perspective, as the war is not only about drugs.

“We have to understand that this is much more complex [than] what the mainstream media say,” Correa-Cabrera said. “There are human beings affected and we have to see things in a different way. We have to start thinking about these narcos. This is about good and bad people, about bad people that sell drugs to good people that are addicted.”

“If we [only] believe this is about drugs and bad people, we [are] going to promote the continuation of it,” Correa-Cabrera continued. “If we continue to go after the drug lords, the violence will continue to increase. We have to think about poverty and why people get into illegal business, and address inequality.”

In the end, Correa-Cabrera believes it is critical for students to understand the importance of staying up-to-date on politics and international affairs.

“Students are the future of this world,” Correa-Cabrera said. “They [will] participate in … the private sector, government or civil society. They need to know what is happening, because they will be able [to] contribute much better and make better decisions in the areas where they will be developing.”