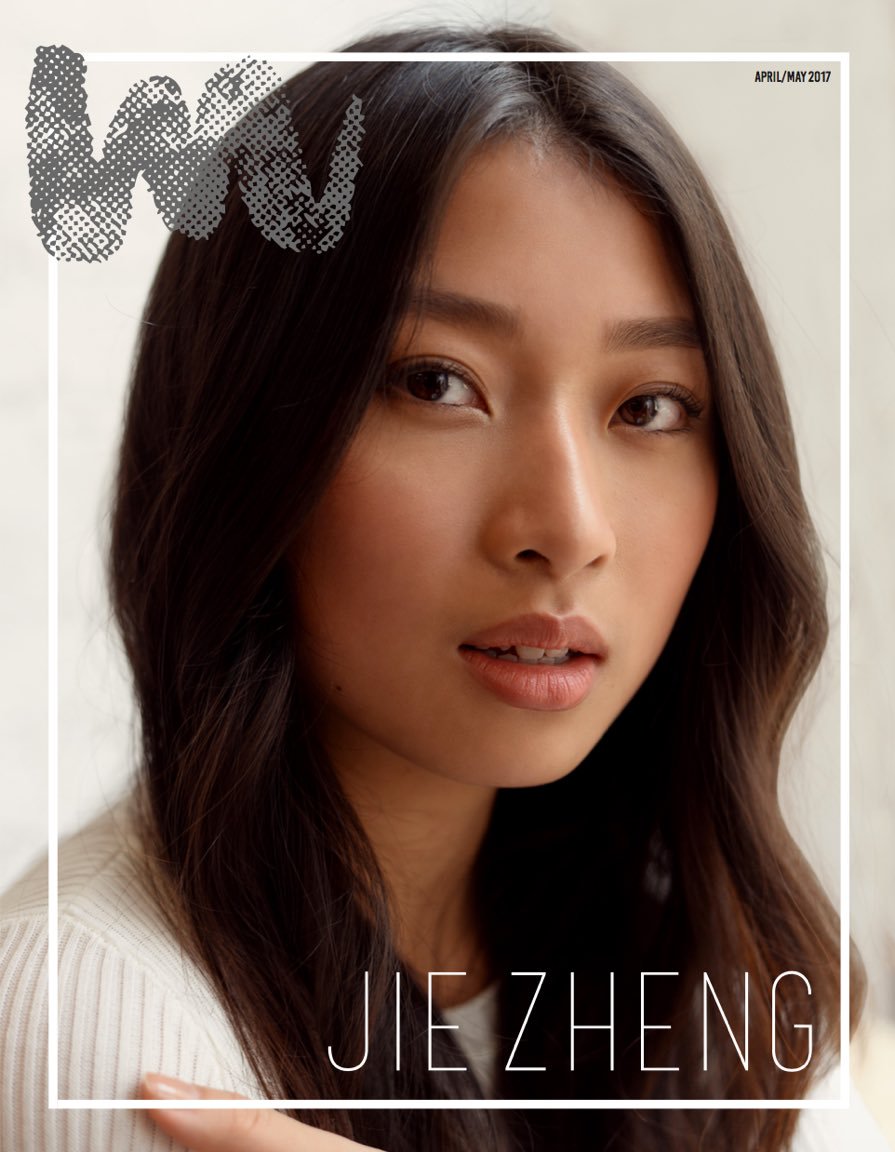 Jie Zheng is a graphic designer, a stylist, an artist, editor for NAPIZUM magazine—and a senior at Mason.

Zheng grew up in a small town in northern Maryland and was born to first-generation Chinese immigrants. Initially, graphic design was not something her parents expected her to major in or pursue.

In high school, Zheng did nursing. For college, her parents wanted to push her to study biology or else they would not pay for her tuition.

“They only just recently found out [what I study] but they’re still not really clear on what I do because it’s hard to translate to them what graphic design is,” Zheng said.

“So they just think I work with computers,” she continued. “They used to be very ‘You have to study this,’ but I think now they’re kind of relaxed … and my older sister kind of explained to them, like ‘Oh she’s doing this now, but it’s a good career’ and they felt better about that. It was hard for me to tell them … I think right now they’re understanding that I’m studying computers and they’re okay as long as I get a career.”

NAPIZUM is a magazine Zheng started her sophomore year with her friend Benny Harps. The magazine stemmed from the idea of establishing an art platform for artists, especially in the DMV area, rather than having to feel like artists need to head to major cities like New York or L.A. to work on their craft.

“After moving here, I met so many creative people that I never could reach back home in Maryland,” Zheng said. “Because I live in Northern Maryland, there’s like nothing there. I’m almost Delaware line. So coming toward D.C. and Virginia was like a whole different world for me [and I saw] so many people with similar interests.”

NAPIZUM was a way to provide a platform for artists Zheng and Harps know in the area to both showcase their talent and creativity and have their voices heard. It features up-and-coming art, music, photography, graphics, writing and poetry.

“We didn’t intend it to be, but we’ve developed a style, kind of the same idea of we want what’s young and new and what’s willing to break boundaries, and that idea of how we see the creatives in this area,” she said. “If you see in our issues, we play off the people’s photos.”

The magazine used to come out monthly, but now it comes out on a quarterly basis so that the team can spend time ensuring it includes quality content. 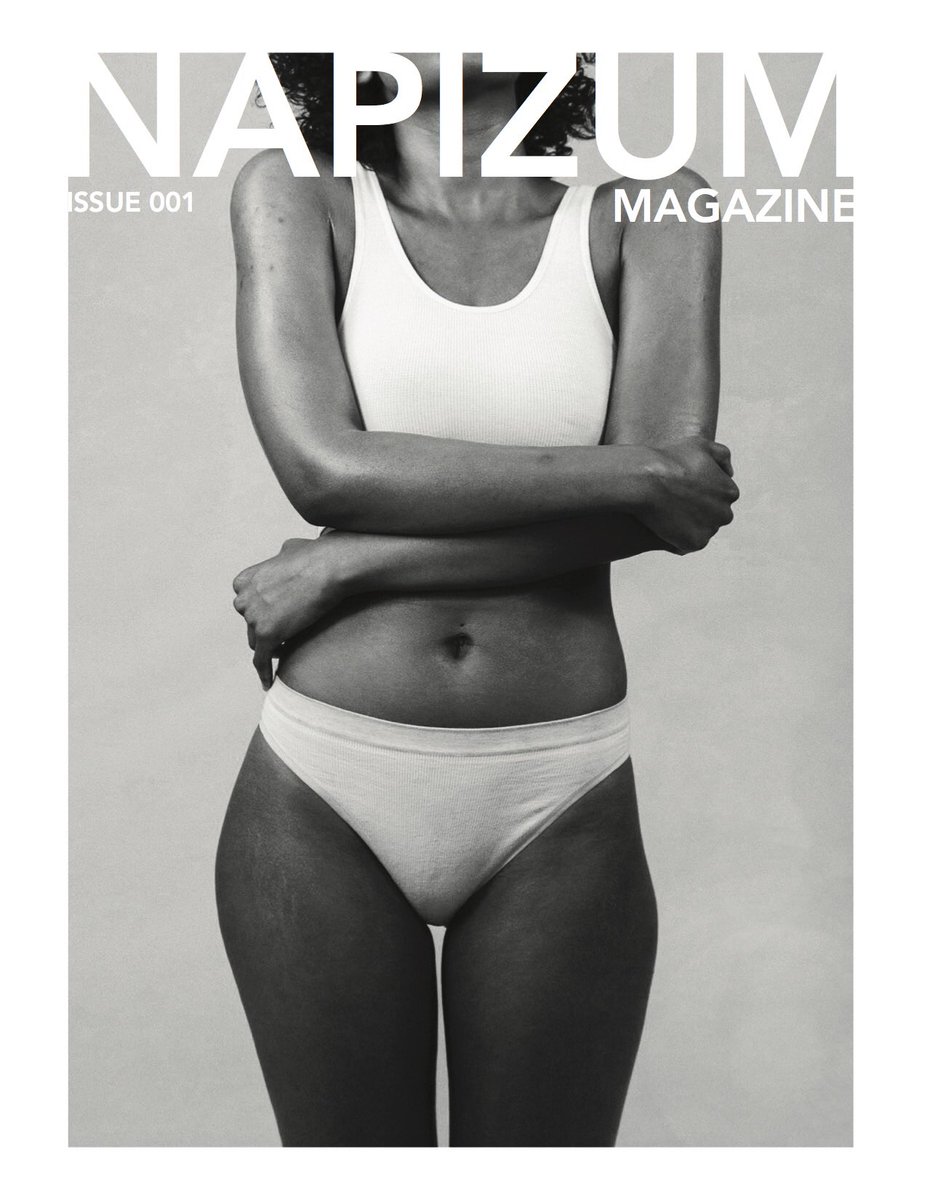 “It’s not just a layout of something or you put a photo in one place. All the text, every page is different, it has accents on it, color,” Zheng explained. “We’re not afraid to play with the image, emphasize them and play up the message. We really storytell and complement the photo, rather than just putting it on the page.”

When it comes to balancing school and a busy work schedule, it isn’t always easy for Zheng.

“I’m struggling this week so much,” she explained. “Senior books, advertising/design, I’m taking figure drawing—it’s just too much. I think for right now, I’ve learned I have to say no to things. A lot of the times you’re like “Oh I’m missing out on this opportunity,’ and other times you’re like ‘Why does school even matter?’”

Learning the importance of managing your own time while remembering school is important but not everything are what Zheng tries to keep in mind.

“I have to say no to a lot of things just so I can get a school assignment done,” she said. “I have to prioritize things. I used to stress myself out so much freshman year because I wanted to do everything and because I put so much emphasis and pressure on myself to get those grades.”

She continued, “But now I’m like, ‘This isn’t it. This isn’t the end all be all. So just don’t put that much pressure on yourself, because it’s gonna be a lot.’”

As for advice for Mason students, Zheng hopes more are inspired to find their voice and express themselves.

“Be creative,” she said. “It’s so simple, but I want people to be able to enjoy creating, collaborating and working together, and creating your vision.”

Zheng went on to add, “Especially in this area, it can be very government, so [don’t be] (sic) afraid to be yourself and express your ideas. Because a lot of times when people think out of the box they get shut down, but I think there’s a space for you if you think in your own way.”

More of Zheng’s art, fashion and photography can be found on her Instagram @_jiezheng and NAPIZUM at napizum.com or on Instagram, @napizum.