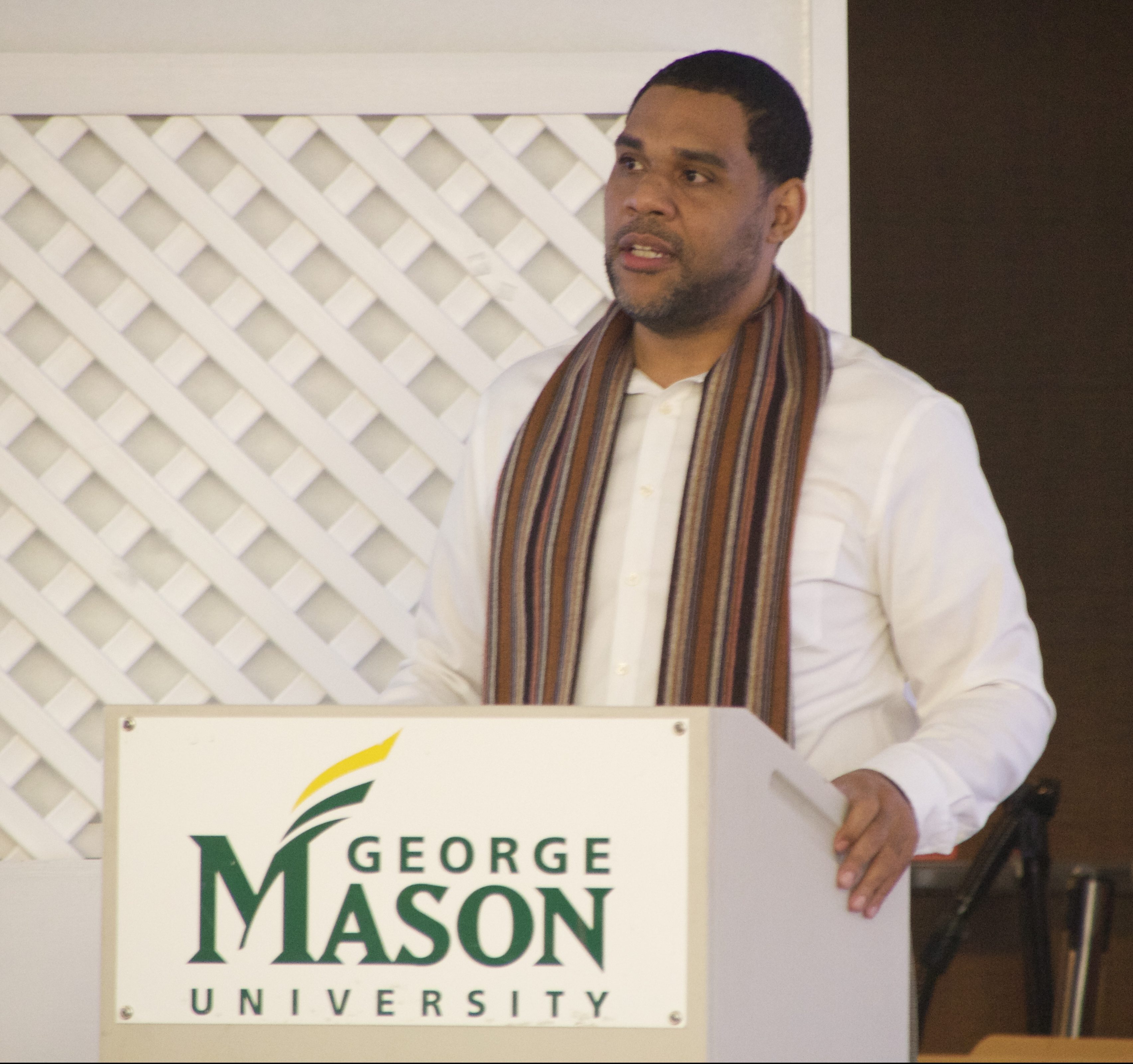 During Black History Month, the Mason community spreads awareness of the creativity and contributions of the Black community throughout history. On Thursday, Feb. 7, Access Islam hosted a lecture in the Johnson Center’s George’s about the meaning of Black History Month with a Muslim perspective.

Dawud Walid, the speaker for the evening, is a member of the Council on American-Islamic Relations (CAIR), a researcher, a writer on the Islamic faith, a racial justice proponent and the author of “Towards Sacred Activism” and co-author of “Centering Black Narrative” along with Ahmad Mubarak.

The event touched on topics such as the the Western constructs of “Blackness” and engaging the concept of “Blackness” as a historical reality within the family and descendants of the prophet Muhammad.

The concept of Blackness is not a sense of identification for people outside of the U.S., but instead, Walid said, “How we understand Blackness here in America in a Western concept is based on race. For instance, if one would go to, let’s say Western Africa, people don’t go around identifying themselves as Black people. People identify themselves based on their ethnic groups such as Fula, Mandinka people, Serer or a Soninke people. That is how they identify themselves.”

Some students attended this event to extend their knowledge on their culture and also get to know more people. Ahmad Mutawak, a junior born in the Middle East, mentioned that he typically doesn’t hear much about how Islam and African heritage are tied together. Therefore, he decided to attend this event.

“I learned that a lot of the Arabs at that time were much darker skin tone than I thought. In general, some of the descendants of prophet Muhammed were considered almost dark-brown in skin tone,” Mutawak said.

Another student attending this event was Alfaisal Al Churaikhi.

“The most important takeaway from this event is the fact that there are some topics that Muslims and Islamic circles don’t touch upon—some sensitive topics, and I’m glad that the speaker first of all elaborated on them, and second, shock the audience (sic),” Churaikhi said. “People live their whole life not learning about certain names, topics and facts, so that was the main takeaway.”

Walid knows that sometimes people take a contemporary construct of race in America, of what Blackness means, and try to impose it in other parts of the world, but that is not how it should be.

Walid’s final advice for Mason students is to continue be intellectually honest and to be able to have an open transparent discussion about all the people in history that is focused on the history of Muhammad and their descendants for future knowledge and contributions in society.