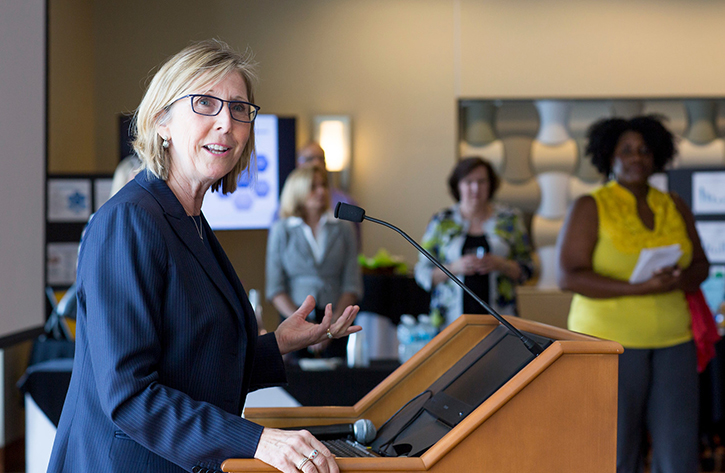 Mason’s administration was proud to select Carol Kissal as the permanent replacement for J.J. Davis, as Mason’s senior vice president of finance and administration.

In an email sent to Mason’s faculty and staff, President Cabrera praised Kissal for her past work experience. “Carol is an exceptionally accomplished financial executive who has held high-profile jobs in both higher … education and the public sector,” it said.

In addition to Mason’s financial matters, Kissal will be in charge of the oversight of Mason’s police department, as well as transportation and parking services. She will also be in charge of human resources and payroll for Mason faculty, staff and student employees, as well as space management, facilities management and construction.

Kissal spent over five years as WMATA’s CFO, but according to a report from The Washington Post, her departure from the position in April 2014 followed a “critical federal report that found numerous issues with the authority’s contracting and procurement practices—areas that she oversaw during her tenure.”

After the nearly 50page federal draft report was released, the Federal Transit Administration restricted WMATA’s ability to draw from federal grant funds. The report was released shortly after executives at WMATA began a campaign to convince the public and politicians alike to invest an additional $26 billion over the next 30 years to rebuild WMATA’s system.

The emailed announcement and the release on Mason’s news website made no note of the federal report or the reason behind Kissal’s departure from the WMATA.

“The timing of my departure from WMATA is correct,” Kissal explained to Fourth Estate on Friday, Feb. 1, “… but the reason I left WMATA was to take a position as CFO for Emory University in Atlanta. There was no connection between the federal audit and my departure.”

February Kicks Off with a (Silent) Bang