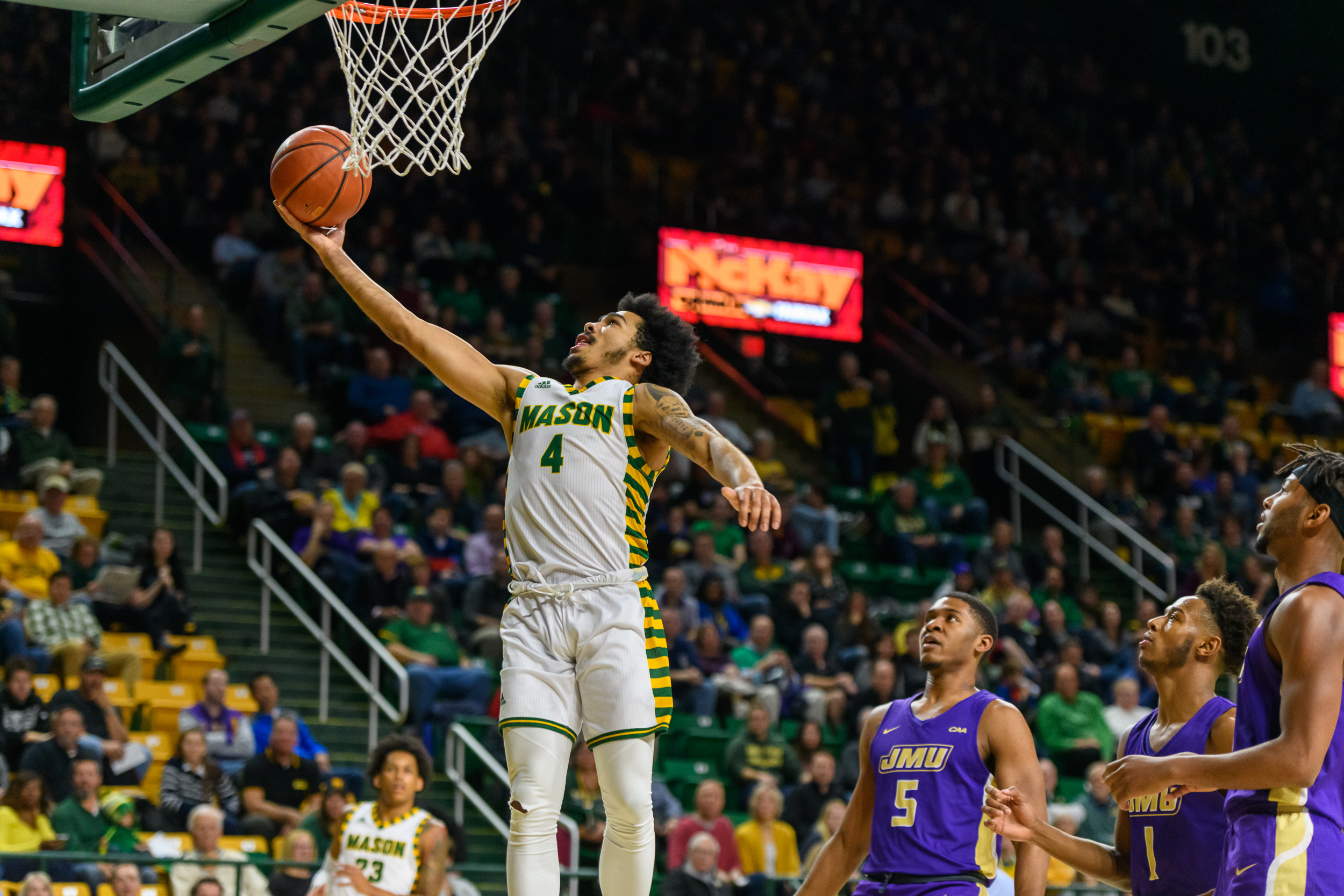 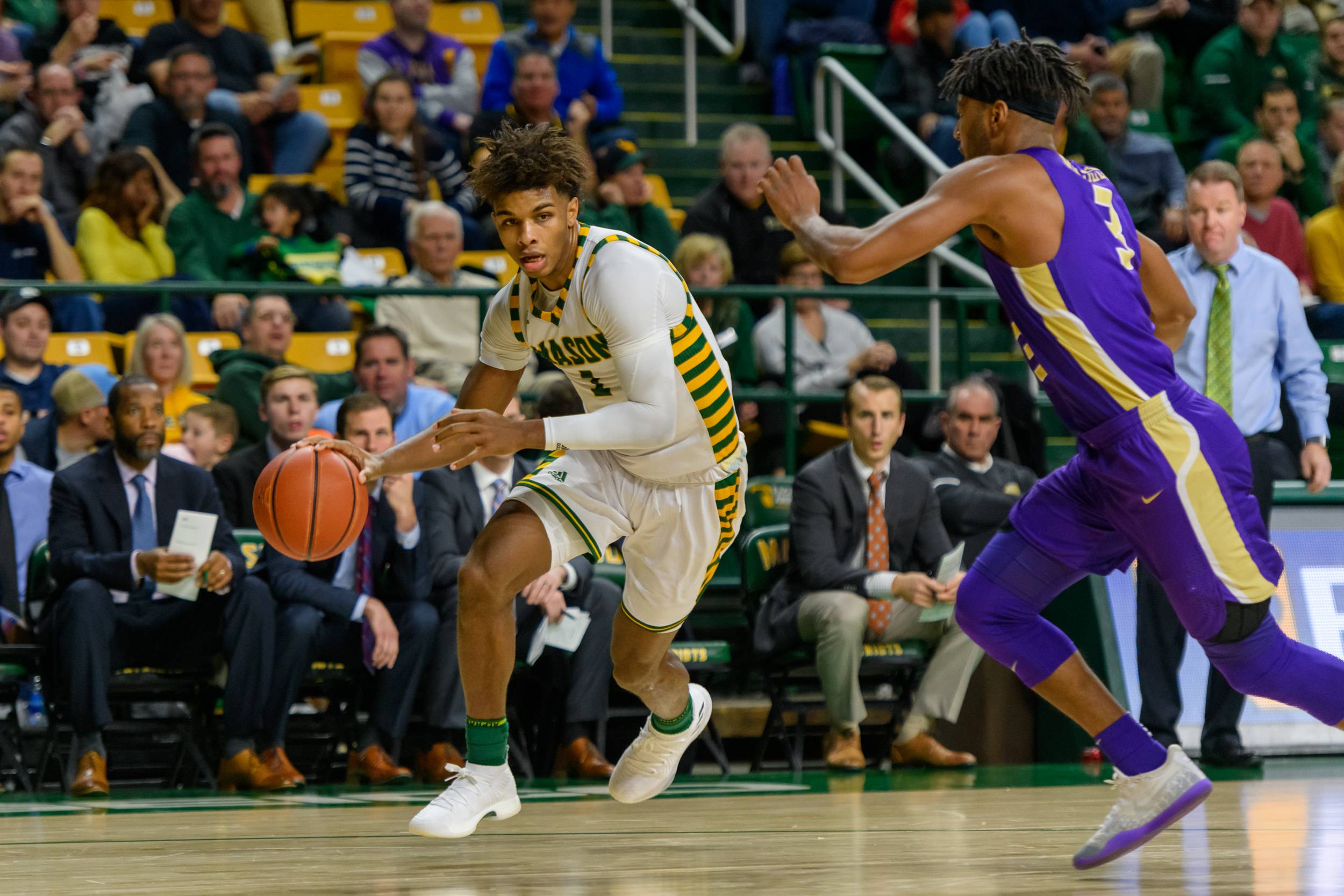 Junior Justin Kier was all over the floor against James Madison, something the Dukes’ head coach Louis Rowe mentioned during his post-game press conference.

“[Kier]’s been playing great,” Rowe said. “I gave him a hug after the game and I told him, ‘Really good game, keep it up.’ He’s driving it, he’s shooting it, he’s a leader. When they need a play, he’s actually the one making the play.”

He was 6-13 from the floor and 4-6 from the free throw line while scoring 16 points, second  behind only Otis Livingston II. Kier put up a career-high 11 rebounds for his second career double-double. He also added a career-high six steals, personal best two blocks, four assists and played a season-high 38 minutes.

The first and second halves were a tale of free throw shooting percentages for both teams. In the first half, Mason was 3-6 (50 percent) and James Madison was 5-6 (83 percent). Both teams got to the line more often in the second half, with Mason shooting 14-18 (78 percent) and James Madison making just four of their 12 free throw attempts (33 percent). 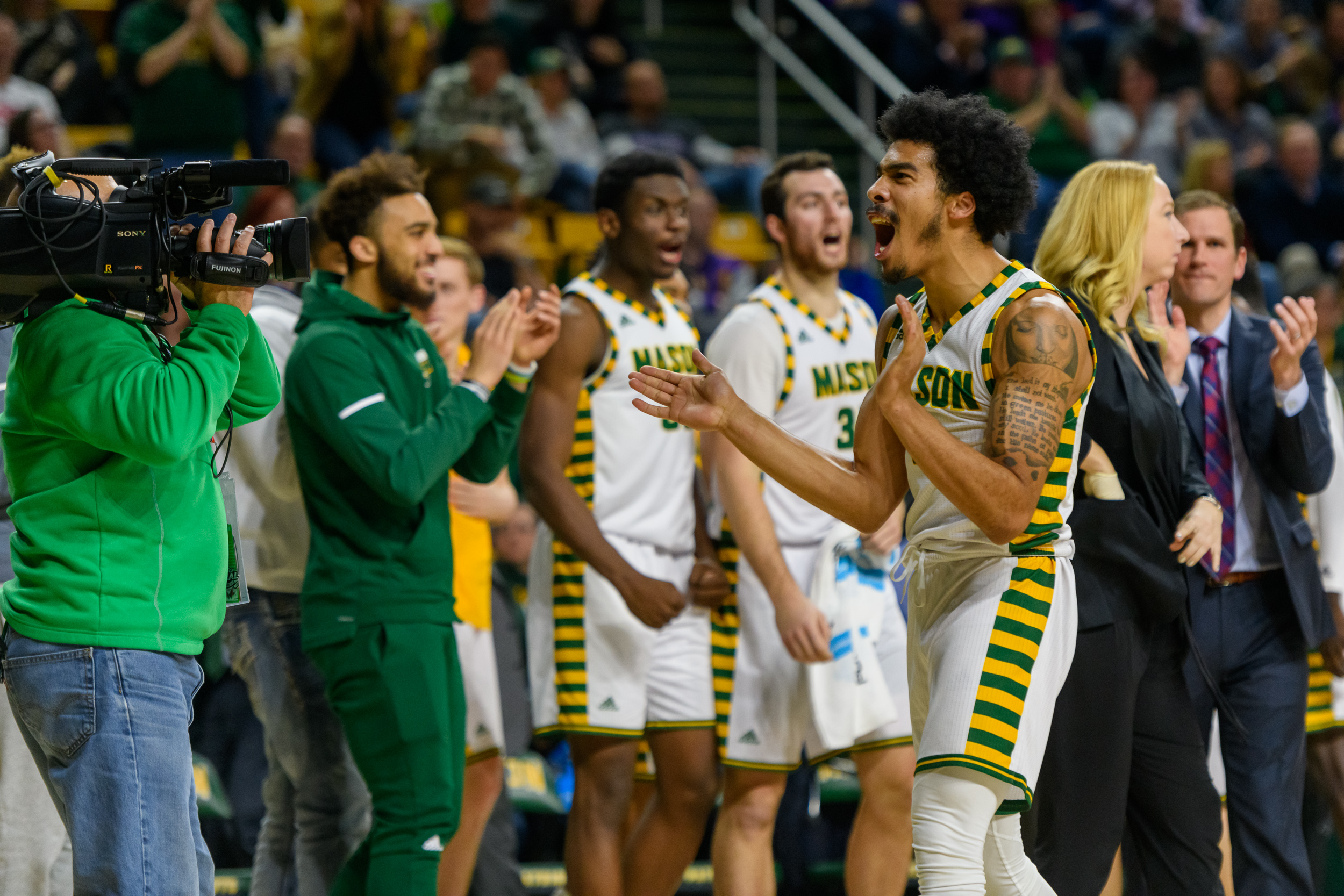 Despite James Madison shooting 5-7 from behind the arc, Mason held onto a three-point lead at halftime.

Mason did not make a three-pointer between the 16:04 mark in the first half and the 8:33 mark in the second half, 27.5 minutes of play. The Patriots shot just 18.8 percent from behind the arc.

James Madison cooled off from behind the arc in the second half, shooting just 3-14, two of which came from Stuckey Mosely.

Mason finishes their homestand against Navy on Dec. 21 at 7 p.m.