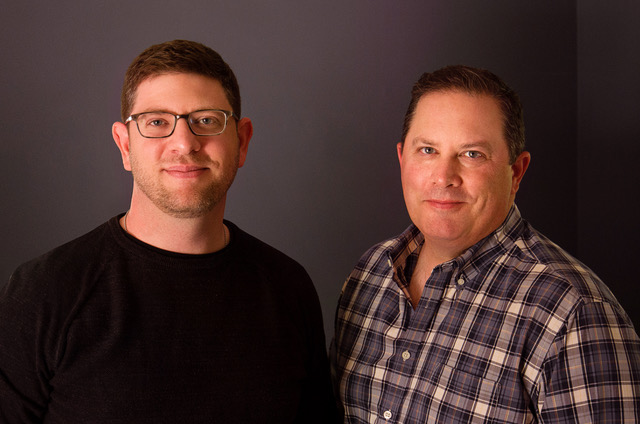 If you know who the Tuition Monster is, you know the work of Mason alumnus Rob Clyde. It is a big green fluffy monster that follows you throughout your college tuition decisions with a grey stained T-shirt and a bent graduation cap, part of Virginia’s 529 college savings plan.

Although he majored in communication, Clyde did not know he wanted to be a filmmaker until after he graduated. Following his graduation in 1993, Clyde partnered with his brother Ben and they became professionally known as The Clyde Brothers.

Starting in 2009, the partnership began when Clyde was in Los Angeles and his brother was in New York. “We decided to combine efforts and see if we could get gigs together rather than separate, and we got lucky kind of right off the bat,” Clyde stated. “We booked a few commercials for Centerpoint Energy in Houston right away, and then we did a couple car things here and there, but the Tuition Monster was definitely one of the earliest things that we did together.”

Clyde’s main goal when creating commercials is making them memorable. “Our goal or outlook is to be raw, be realistic, be authentic,” he said. “We want to reflect culture upon itself and kind of give it a suggestion for being better, so we try to do talkable things. Again, when you’re doing commercials it’s just to make people laugh. Just make them think, ‘Wow, that’s clever,’ and make it memorable.”

Since the beginning of their partnership, the brothers have established three different companies: Squint, Squint Direct and Clyde Brothers LLC. The brothers, who are based in Los Angeles, also opened a satellite location in Virginia this fall.

Squint Pictures, Clyde’s television and film development company, produced “If I Could Tell You,” an award winning short film centered around a couple’s fertility problems.

Clyde got the idea for the movie from his own life, when him and his wife were struggling with fertility issues themselves. The film’s leading man, Kevin Richardson, was also having fertility issues in his marriage around this time as well.

The film has a run time of 35 minutes and debuted at the National Film Festival. The film was intentionally made short, so that it could be used as a proof of concept later on for adapting the film into a TV show.

Working with family is never easy. However, it can also be beneficial in the long-run, “I would say working with your brother is really hard [but] probably it’s benefitted us because we can trust each other 100 percent,” Clyde said. “We know that the other guy [is] looking out for us because there’s no separation. It’s like the company is called the Clyde Brothers.”

He continued, “You’re totally accountable to each other, and yeah, it’s hard when it’s your brother because they drive you nuts and you don’t have to [be] courteous just to be courteous, you can kind of be an a–hole when you want to be to your brother. So, we’ve found a way.”

What is the American Dream?