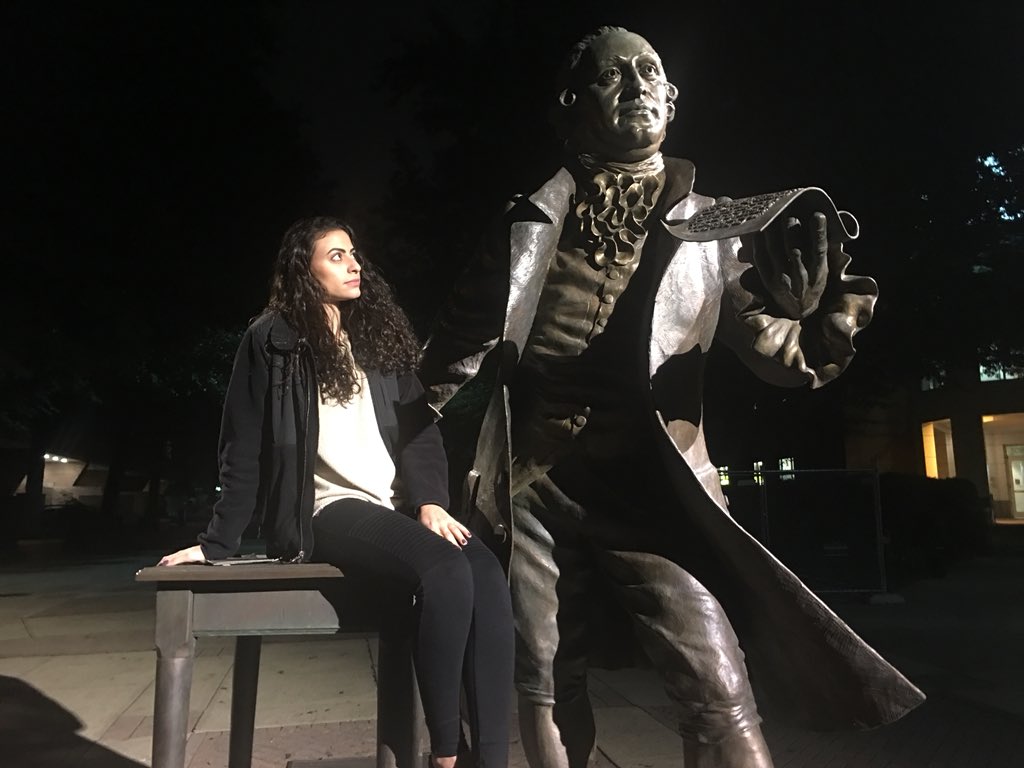 Suhad Sayyad is just like every other student at Mason. She is a senior who balances her busy work and personal schedule with the rigors of advanced education. She drinks Starbucks almost every morning to get the kick she needs to survive the day. On a brisk fall afternoon, she is adorned with wearing a North Face logo that is seen so often on Mason’s campus.

One thing that differentiates Sayyad from many other college seniors is her strong connection to her birth nation, Palestine.  Palestine is not an officially recognized nation. It is also referred to as West Bank, or the Palestinian region.

This region of the world is 6,000 miles away, but it still feels like the country of her birth “[is] just [her] home.”

Despite having lived in the U.S. for the past eight years, Sayyad still feels more Palestinian than American. Every summer, Sayyad and her family travel back to Jerusalem, a trip she looks forward to all year.

The trip serves as a reunion of some sort, not only with her family and friends who are still living abroad, but with the culture and lifestyle she misses from her youth.

“I like visiting my family and my friends cause I went to school there,” Sayyad said about her yearly trip.

Sayyad names as her favorite spots to visit as “Al-Aqsa” and  “the Dome of the Rock,” which are both mosques that are close to each other. Her favorite spots are not just religious, though.

Jerusalem was the subject of an international crisis earlier in the year when President Donald Trump signed an order to move the United States embassy in Israel from Tel Aviv to Jerusalem. This was a symbolic move by the United States, declaring the long-battled-over city as the capital of Israel. Many Palestinians saw it as a slap in the face.

Sayyad said she felt “frustrated” and “upset” after hearing about the decision.

“It’s the most important place for me as a Palestinian and it’s the holiest place,” Sayyad said. “The fact that they’re calling it Israel’s capital is not right.”

The city of Jerusalem has been the crux of a long-running conflict between Palestine and Israel. Palestine had been in control of Arabs since the 600s. Palestine remained in Arab control until the early 1900s when Britain would secure it during the age of colonization. The Allied Powers of World War II would eventually spearhead Resolution 181 in 1947, partitioning Palestine and creating the state of Israel. This moved many Palestinian families out of an area that they had lived in for centuries, a move they never received compensation for. The Resolution passed, and in 1948, the state of Israel was officially created.

The region has been littered with violence over the past few decades, the victims usually Palestinians. For Sayyad, the safety of her family in the region is one of her biggest concerns.

“At any moment things could, like, go crazy there … clashes, little clashes, big clashes, whatever it is,” Sayyad said.

She recalled a story where one of her cousins was assaulted by an Israeli soldier as he was sitting in a restaurant. Many Palestinians in the city are forced to live in fear knowing that at any time they could be the target of a soldier’s rage.

“If one soldier messes with one Palestinian kid then things would go crazy,” Sayyad said.

For now, Sayyad is so far removed from the violence that she personally feels safe here in the U.S. She is excited to graduate from Mason with a bachelor’s of science in finance. While she is unsure of her exact plans after graduation, she plans to continue her annual visits to the country she loves so dearly.