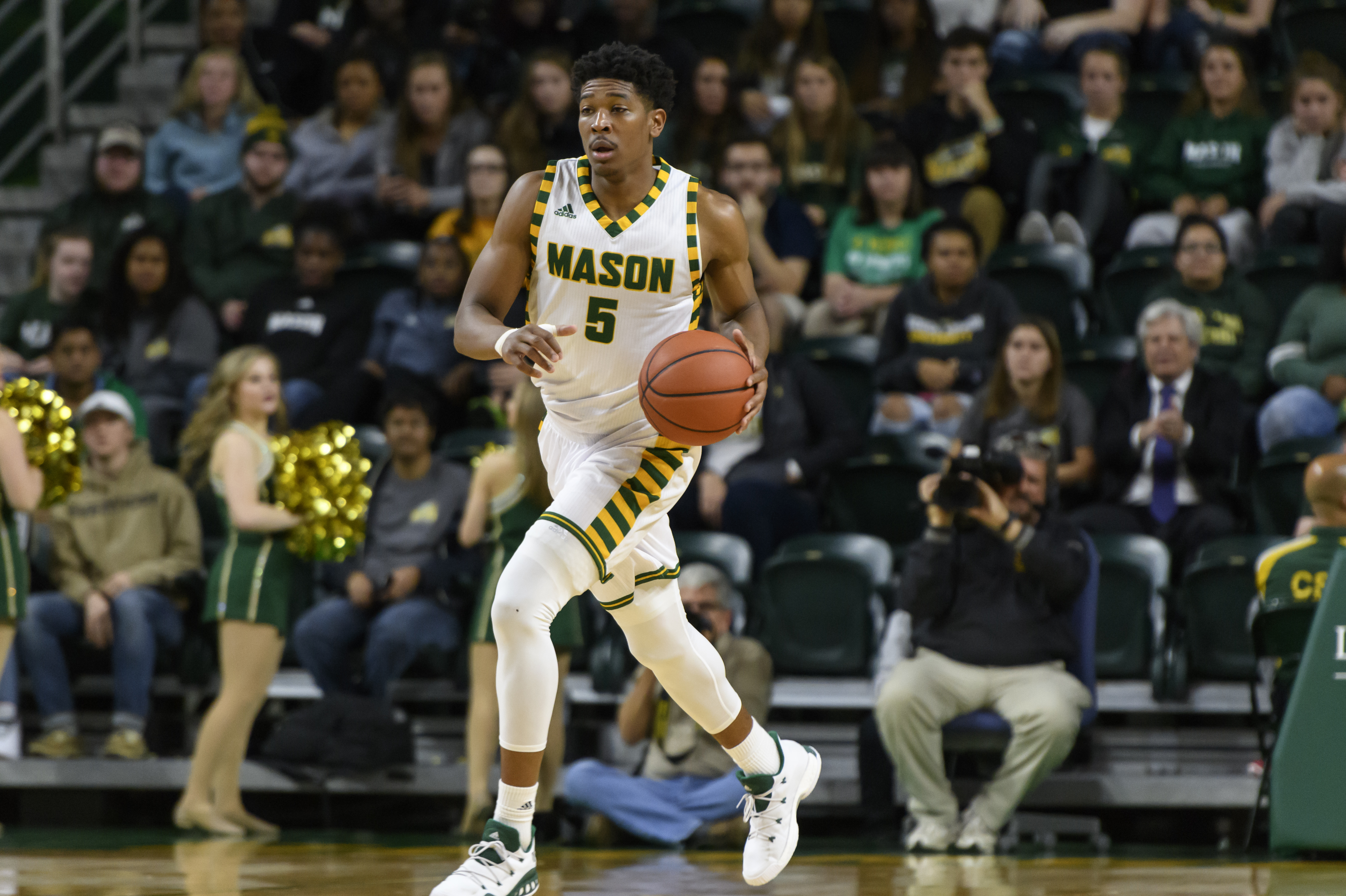 Tackling his senior year, Jaire Grayer could not be more on top of his game. As a guard for the Men’s basketball team at Mason, Grayer exemplifies a unique mindset for the game, recognition to detail and skills, and the energy to feed fans, his teammates and himself.

A true Patriot at heart, Grayer has come a long way to become the distinguished player he is on the court and the thoughtful young man he is off the court.

From Grayer’s early years, basketball was second nature. “What got me interested [in the game] was my mother and my father,” Grayer said.

Grayer’s parents, Patrice Martin and Jeffrey Grayer, both played in college and were more than prepared to tag team sharing their skills and energy with their son.

Additionally, Grayer’s father is well known for his time in the NBA, giving another dimension to Jaire’s early basketball experiences.

However, for Grayer, the idea of following in his parents’ footsteps was not as appealing as building an athletic and academic career based on his own merit. Rather, Grayer marked his progress by his own experiences and not the athletic foundation of his parents.

Leading up to Grayer’s time at Mason, he began his life in Flint, Michigan. With acknowledgment of better opportunities, Grayer then moved to Florida to attend the IMG Academy.

He said that “the transition from Michigan to Florida was needed because, basketball-wise, the talent level was not there. Academically, when I was in Flint, I wasn’t where I needed to be [either]. The move to IMG was a huge step for me. It got me bigger, stronger, faster and helped me with my basketball skills. Overall it was a great opportunity.”

With each move, Grayer was forced to become a better version of himself, player and individual. After his time at IMG, he said that “I [also] got the opportunity to play for Mason, which I am proud and appreciative of.” Without his moves and changes, “there’s no tellin’ where I’d be,” said Grayer. 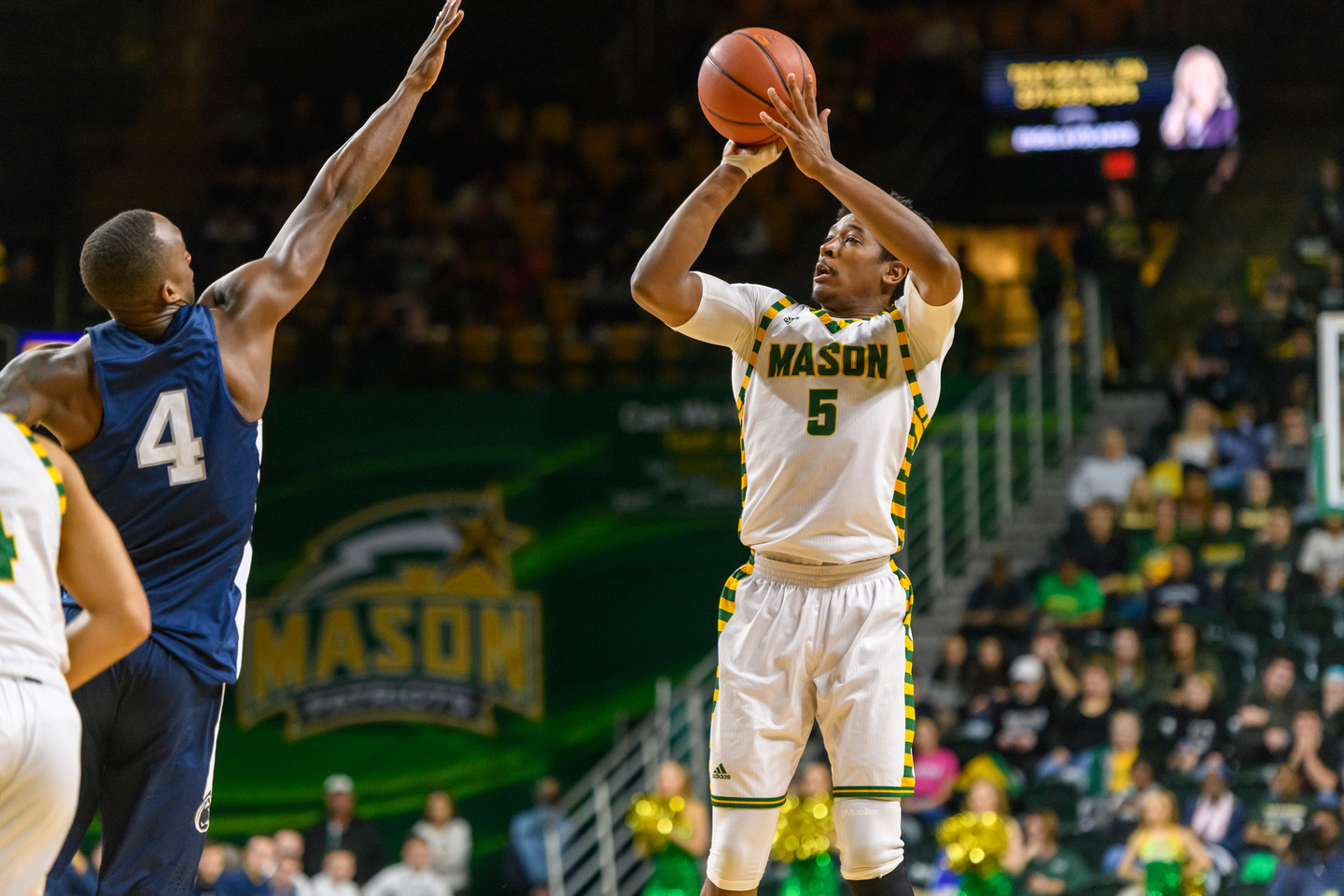 When asked how he defined home his response was, “Flint. I wouldn’t want to be from anywhere else. There is so much passion and pride and that’s hard to take away from people.” Because of the strong sense of community that Grayer feels, he continues to return home when his town needs him and to visit loved ones.

Most recently, Flint underwent major water pollution, known as the Flint Water Crisis. Grayer at the time was in Florida when he heard the news. Calling family and friends back home, Grayer could not help but feel helpless.

However, to combat that feeling, Grayer began to be more involved in the Fresh Flint Festival. The festival is a time for the Flint community to gather for fun activities for all ages that encourage healthy living practices.

Grayer was a youth volunteer for two years at the festival in charge of basketball; This was very fitting for a player like himself. For him, “the best part was the kids. Seeing them having fun out there is just a sight to see.”

More recently, Grayer participated in the festival’s water drive. Rotating in shifts, volunteers handed out cases of bottled water to Flint residents. Grayer though worked an entire day, showing dedication to his hometown.

Despite all of Flint’s environmental issues, the people are really what makes it worth it. Grayer added how the pride of being from Flint is what brings the community together.

Grayer believes that environmental policy and implementation of that policy is severely lacking. Understandably, the Flint water crisis highlighted insufficient intervention and prevention from the government on all levels.

However, Grayer believes that Flint is slowly being forgotten. Lead in the water does not disappear overnight, but it seems as if the issue was formulated as such. In order to continue to make progress, Grayer expressed how the conversation of Flint still needs to be had including how more can be done. 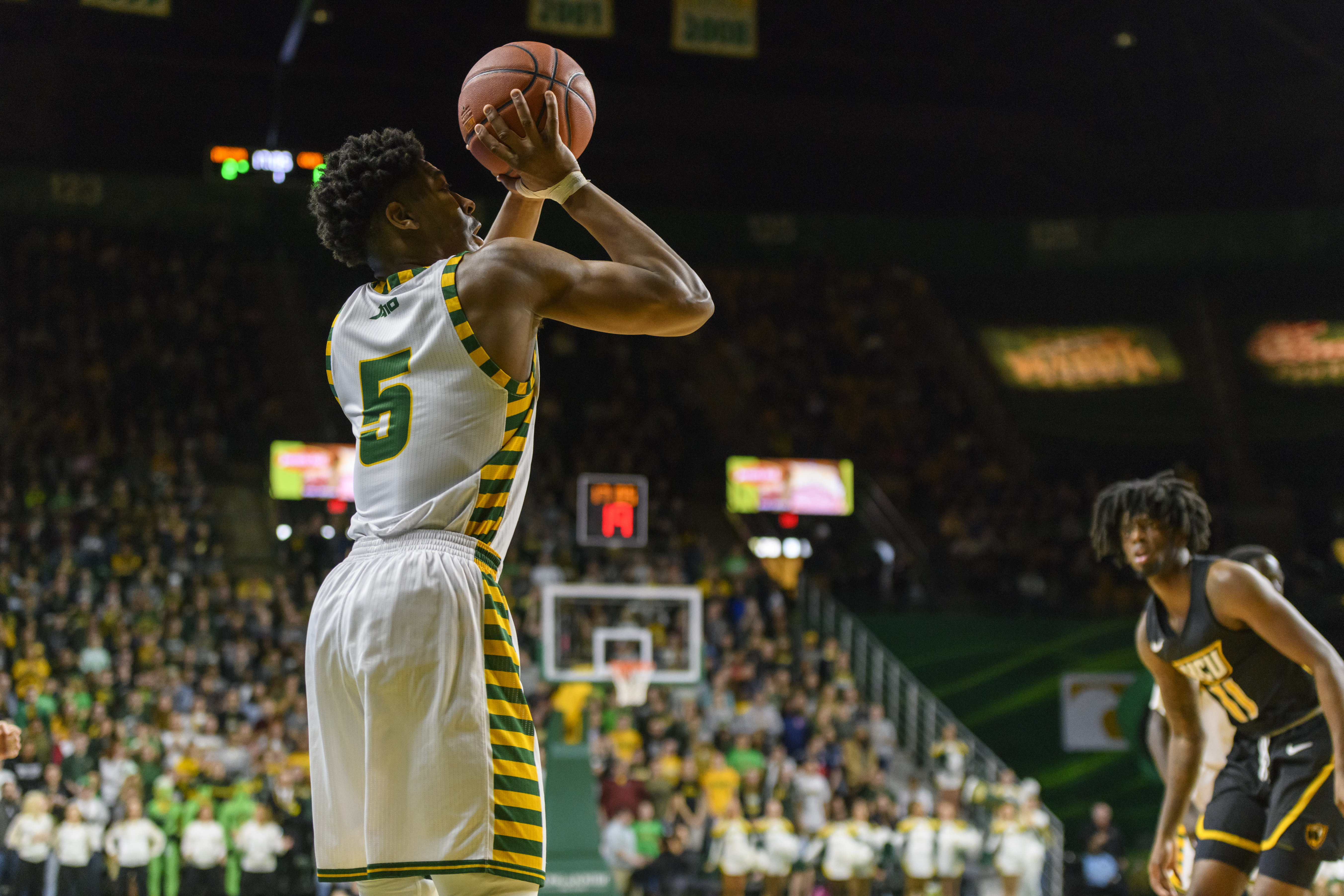 As Grayer begins his last year at Mason, his future does indeed look bright. Grayer is excited for this upcoming season, for the new men joining the team and the potential that Mason basketball brings to the game as a whole.

Grayer said that every time he steps on the floor, “I’m willing to make any effort plays and any energy plays for the team.” Being a true team player, Grayer sees where he is needed and utilizes his talents to benefit everyone. “Staying hungry and aggressive” is what yields success and a hype game not only for players but for fans too, Grayer said.

Grayer’s post-graduation plans include his, “high hopes of making it into the NBA wherever [he] can.”

On top of that, Grayer values the coach-player relationship. Exposed to this dedication and encouragement for a majority of his life through figures like his parents and coaches, Grayer hopes that after his potential NBA career, he can give back to his community and be a coach himself.

Grayer is more than just a basketball star, he is an individual with a good head on his shoulders.