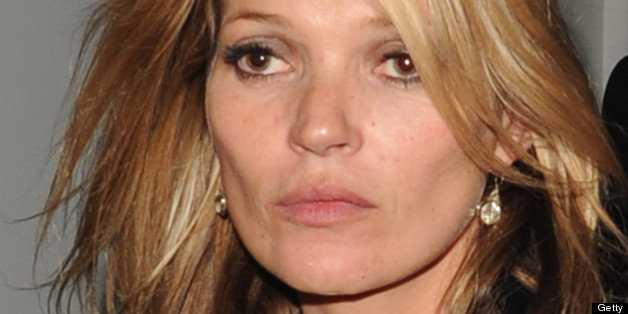 “Nothing tastes as good as skinny feels.” The first time I read these words was on a pro-ana website. For those unfamiliar with the term, pro-ana is shorthand for pro-anorexia. These are forums online where predominantly young women struggling with eating disorders exchange tips for fasting, purging, abusing drugs and laxatives, burning calories and encouraging severe weight loss with “thinspiration,” photos of dangerously underweight women. Kate Moss, the woman who coined this now infamous term, stated in an interview that she regrets the little quip years later, excusing it away as a youthful saying, “My friend used to say it, because you know, we were all living together, and we’d go for the biscuits and go, ’Nothing tastes as good as skinny feels.’” According to her modelling agency, her original comment was taken out of context. The article discussing this offers a brief mention of the controversy of her quotation’s impact on body image and mental health—however, it then quickly shifts gears to discuss topless photos and whether or not Moss would let her own teenage daughter pose topless as a minor.

Her “remorse” falls short of an acknowledgment of what exactly her words have become. Not only does the sentiment of her statement feed into a toxic cultural perception of the ideal woman’s body, it has become a mantra for millions of people suffering from eating disorders across the world. Katie Green, a former model advocating for greater body size representation in the modelling industry, said that “Kate Moss’ comments are likely to cause many more [eating disorders]. If you read any of the pro-ana websites, they go crazy for quotes like this.” Crazy. That’s a painfully accurate word for it, but I’ve seen firsthand how true it is. Some young people suffering in the depths of this starvation refer to anorexia as Ana, a personification somewhere between goddess and demon. This idea that thinness is preferable to any taste of food constitutes a central commandment.

It’s insane. I know that. However, I am only now able to know that I am not starving. A mind deprived of food is not a mind able to think rationally, which is one of the many reasons why the pro-ana websites are so toxic for young people, vulnerable in the worst moments of an eating disorder’s devastating effects. Starvation makes you a pale, thin shadow of your former self. At the worst moment of my anorexia, I was reduced to a childish weight and size. I couldn’t sit on a wooden chair without a pillow to cushion me, since all that seemed to be left in me were my bones. My mind felt as though it had deserted my body as I shrank away. I was in constant pain, split in a struggle with this odd disease inside of me trying to convince me to die.

Nothing tastes as good as skinny feels. I promise you, being skinny did not feel good. There was never a weight where I could look at the scale and say “That’s enough. I can stop now.” The target kept moving. 115 pounds? Fat. 110 pounds? Fat. 100 pounds? Fat. 95? Better, but keep losing. Wouldn’t it be fun to hit the 80s?

I’m one of the lucky ones because I did survive that. Eating disorders destroy lives, and even as you read this, there is a hungry girl out there somewhere who is refusing to eat, repeating again and again, “Nothing tastes as good as skinny feels.”