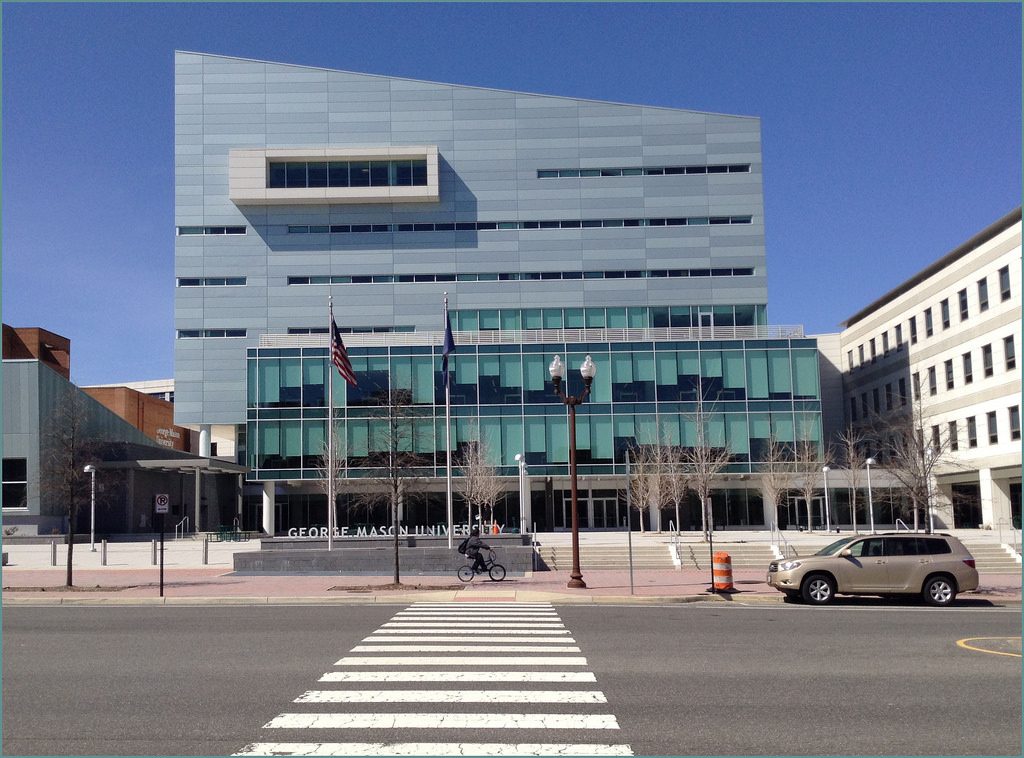 A Closer Look at One of Mason’s Policy Think Tanks

The Mercatus Center, a 501(c)3 not-for-profit organization located on Mason’s campus in Arlington, Virginia, is a think tank affiliated with the economics department at Mason.

According to their website, Mercatus’ mission is to “generate knowledge and understanding of the institutions that affect the freedom to prosper and to find sustainable solutions that overcome the barriers preventing individuals from living free, prosperous, and peaceful lives.”

This is done through their extensive research programs and interests, their work with both undergraduate and graduate  students at Mason and their communication of findings to media, to policy makers and to the general public.

The current Mercatus Center director, Tyler Cowen, and the board of directors are appointed by Mason’s provost, David Wu.

The provost is the chief academic officer and executive vice president of Mason and is charged by the board of visitors, personnel appointed by the governor to make decisions regarding operations and planning for Mason, with overseeing the education, research and public engagement of the university.

Literature written by the Mercatus Center has influenced many types of deregulation on subjects related to environmental deregulation and tax cuts. Their philosophy and their economic toolkits are inspired by the likes of F.A. Hayek, Ronald Coase and Ludwig Von Mises. They believe that the market, a collection of individual values and subjective preferences, is capable of creating the maximum amount of utility in the macroeconomy.

These views have led to policy proposals that are used to pass legislation in Congress.

A Boston Globe article from Feb. 2018 states, “The Mercatus Center at George Mason University, which describes itself as ‘the world’s premier university source for market-oriented ideas,’ was specifically credited with doing the academic work to support the $1.5 trillion tax cut passed in December.”

A 2004 article by The Wall Street Journal alleged that in the Bush administration’s campaign to reduce government regulation, 14 of 23 rules that the White House wanted to eliminate came from suggestions from the center.

The article also stated that the Environmental Protection Agency changed a rule due to criticisms from the Mercatus Center.

Richard Belzer, a former governmental regulatory official, stated “If they know that Mercatus is working on a rule, they’ll be more careful.”

Mason and the Mercatus Center have been the center of a lot of media attention recently due to their extensive funding from the Charles Koch Foundation.

Ralph Wilson is one of the head researchers for UnKoch My Campus, a group dedicated to keeping Koch donor influence from affecting universities across the country. Wilson told Fourth Estate that the Charles Koch Foundation provides funding for organizations and initiatives with the option of withdrawing funding at any time. He stated that he believes that this gives undue power to the donor. Specifically, at Florida State University, there were provisions with regards to the donor’s influence in hiring tenured and non-tenured faculty.

The New York Times published an article soon after describing the network of influence the Charles Koch Foundation has over Mason and its think tanks. The article stated, “The documents reveal in surprising detail that for years, as George Mason grew from a little-known commuter school to a major public university and a center of libertarian scholarship, millions of dollars in donations from conservative-leaning donors like the Charles Koch Foundation had come with strings attached.”

The candidates typically selected by the Koch Foundation embrace unconstrained free market ideologies, similar to the ideology of CEO Charles Koch and Mercatus itself.

The Washington Post published reports on the uncovered influence that the Charles Koch Foundation had over Mason and think tanks like the Mercatus Center. It stated, “the Charles Koch Foundation could name members of a selection committee whose appointees could also serve on an advisory board that had the power to recommend dismissal from the school’s Mercatus Center but had no power over faculty retention or promotion.”

“The agreements did not give donors control over academic decisions, and all but the earliest of these agreements explicitly stated that the final say in all faculty appointments lies in university procedures,” Cabrera wrote, “yet these agreements fall short of the standards of academic independence I expect any gift to meet.”

Recently, there have been reports by The Intercept and Fourth Estate that revealed the Mercatus Center uses a private email server that Mason personnel don’t have access to, making them not subject to Freedom of Information Act requests. These findings pose the question of what the exact relationship between Mason and Mercatus is.