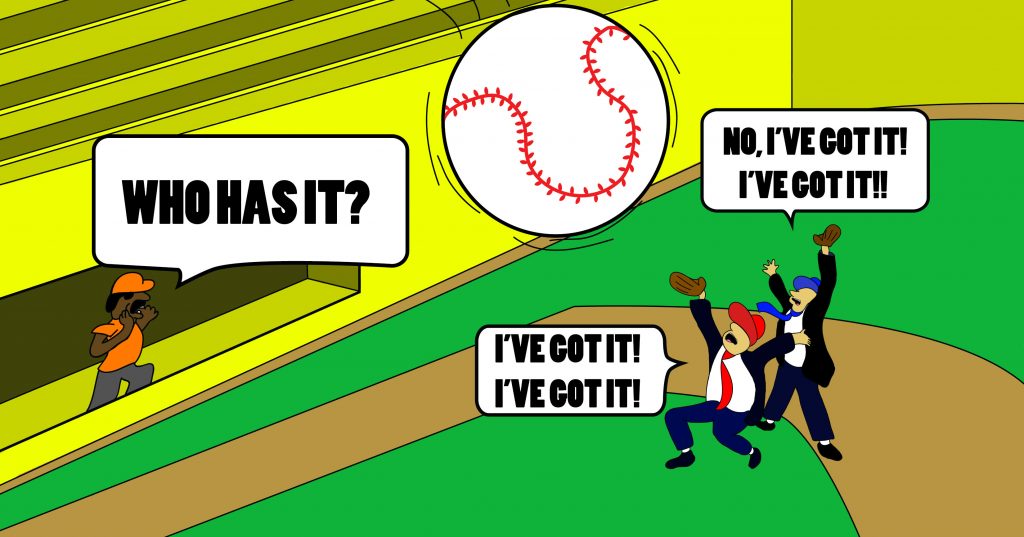 Crack. The batter tosses his bat to the ground in disgust and is kicking himself as he begins a slow jog to first base. He got under the ball and lofted a lazy pop fly to the shortstop. It’s an easy play, but the great American philosopher Yogi Berra would remind us, “It ain’t over till it’s over.”  The left fielder is running in as the shortstop drifts back slowly into the outfield grass and settles under the ball. The shortstop hasn’t called off the left fielder. The coach sees this impending collision from the bench and yells, “Who’s got it?”

This situation occurs on every Little League field in the country, and it is analogous to the Texas senate race.  The race is up in the air and it is coming down towards the incumbent who has the advantage of being closer to it, but all the while, the challenger is closing in and the voters are looking on from their position of authority on the bench and wondering who’s got it.

It is extremely important to remember the position of the voters.  According to the Declaration of Independence, power derives from the consent of the governed and the Constitution reminds us that we the people are in charge. As the coach of the Little League team called American Government (and everyone would agree it’s a Little League team), the voters set the lineup.

In 2012, the voters in Texas put Senator Ted Cruz at shortstop, but Representative Beto O’Rourke is charging in from left field (literally and figuratively) and polls show no one has called the play yet.

This does not change the fact that this is an easy play for Senator Cruz.  The ball is coming right at him, and all he has to do is move a few steps. He is sharp on the debate stage, has six years experience in the Senate and is a Republican in the Lone Star State.

Representative O’Rourke is not so confident in Cruz’s fielding ability.  He is hustling in from left field, traveling the state to fundraise and taking progressive stances on healthcare and immigration.  When the ball was hit, no one thought he would be a factor in the play, but he is certainly in it now and Cruz seems a little shaky with his glove up in the air while the ball approaches its apex above the infield.

Cruz needs to reassure the voters in Texas that he will make the routine play.  To that end, his campaign is emphasizing that he is “Tough as Texas.”  In a radio ad that can only be described as interesting, the Cruz campaign sings a country song: “If you’re gonna run in Texas, you can’t be a liberal man.”  Cruz is trying to emphasize his Texas bona fides and portray O’Rourke as out of touch. This is the incumbent campaign’s job: wave your hands in the air and shout, “I got it!” to reassure the voters you will make the play.

The election is still six weeks away, and, just like waiting for a pop fly to plummet back to earth, it is going to feel like forever.  Will Cruz call off O’Rourke and catch the ball? Prediction: yes.