Donald Trump stubbornly refuses to let himself be categorized.  This is maddening to political scientists and pundits, people who make a living categorizing politicians.  Nobody seems to know what to do with this guy. 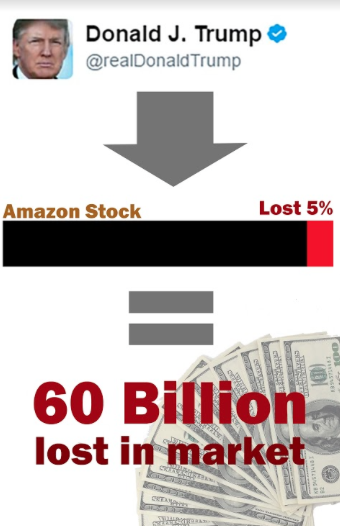 Take this very simple example.  Let’s say that I plan to eat lunch at Southside everyday, but do not tell anyone.  Based on that plan, I would walk to Southside at around noon everyday. If you observed that pattern, you would categorize me as a “Southside eater” as opposed to an “Ike’s eater.”

Note two things about that example: 1) I did not declare myself a Southside eater, and 2) you did not know that I planned to eat lunch at Southside everyday.  You put me in that category as a description of a pattern of behavior that you observed.

It works much the same way for politicians.  Rarely will a politician say, “My agenda is based on social democratic liberalism,” or, “I am implementing a hawkish conservative platform.”  On the contrary, people observe patterns in policy, legislation, and rhetoric, and then they label politicians accordingly.

So when a new politician comes along, it is a bit like when someone gets a new puppy.  The owner is always asked: “What breed?”

Well, if Donald Trump were the puppy, his owner would be the one to shrug at your query and say, “I have no idea, some kind of mutt I guess.”

He certainly doesn’t fit the usual American liberal-conservative framework.  This is something that pundits have taken for granted since Trump burst onto the scene by calling out the “rapists” and “drug dealers” crossing the border — something no liberal or conservative would ever do.

That means he is something new: a populist?

But that also doesn’t work.  Mostly because if he were a populist, he wouldn’t be so unpopular.  Let’s think about patterns of behavior again. Would a populist attack the NFL?  Populists seek to latch on to popular and patriotic things and ride their ascendancy.  There is nothing more popular and patriotic — nothing more #MAGA — than the NFL: the most watched sports league in the country where manly men run around and tackle each other.  No populist president would consider attacking that.

The most recent example of Trump not being populist are his tweeted jabs at Amazon.  Apparently, they are evil because they use the Post Office as their “delivery boy,” which is why the Post Office exists.  We generally use the adult term “mailman” but “delivery boy” means the same thing, so what’s the rub here? Plus, the “common man” loves Amazon: anyone with the internet can buy nearly anything on the planet at low prices without having to leave the couch.

So, if Trump isn’t a conservative, a liberal or a populist, what is he?  We can’t seem to find an observable pattern in his policy or rhetoric. What if there isn’t one at all?

Both sides miss the point: there is not a master plan. Trump is hard to categorize because his actions don’t show a pattern and aren’t undergirded by a plan.  He went after Amazon and the Post Office because he felt like it, not because there was some overarching ideology — which has political pundits going postal indeed.

OPINION: Both parties can find common ground on climate change