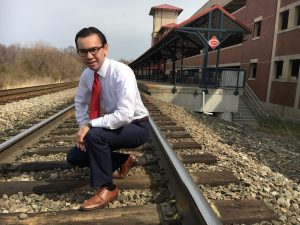 Why are you running for this position ?

I spent the last year as a Student Senator watching all of the members of Student Government waste time and achieve nothing but hold hands and sing “Kumbaya”. Student Government as a whole is nothing more than a glorified Party Planning Committee. As a Senator, I am proud to say I voted no or abstained on more bills and resolutions than probably everyone else combined, many times acting as the lone opposition on issues. It is time that someone gets in office and calls out everyone in the organization that is there to throw parties and earn a bullet point on their resume. I will bring in truth and stop pulling the wool over the eyes of the student body. I will also call for President Cabrera’s salary to be cut (and cut bigly) and Taco Bell will be brought back to campus, so help me God.

Rapid fire: make the entire campus a Gun-Free school zone, bring Taco Bell back, demand Housing officials resignations over the GMU Housing Crisis of 2018, advocate cutting President Cabrera’s absurd salary, update the Student Government website with current info (it is not current right now, go check), stop wasting away money, veto unnecessary Student Senate bills, demand the contract of the construction company who takes 3 years to build a five story building be cancelled, reclaim MasonVale for students rather than faculty and staff who are much more prepared to find off campus housing, bring back Taco Bell, provide ScanTrons for free to every single student once and for all, increase awareness of the existence of Student Government and all of its components, observe all Federal holidays as prescribed by the United States Congress (adding Veterans Day and Washington’s Birthday), and I will not dye my hair blonde.

I am the best option you have. I will tell it how it is. You have nothing to lose by voting for me. I have an active Twitter where you can reach me during and after this election and where I expand on all policy positions (@BigMikeForPrez). I am not going to fix the Wi-Fi because the university does not want to fix the Wi-Fi. It is viewed as a non-priority and the university does not want to put the money towards it. They did put money towards a raise for President Cabrera though. Maybe we should fix that. 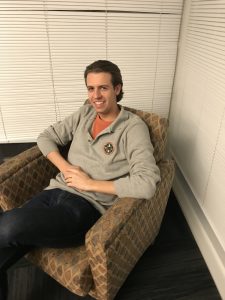 Past administrations have done nothing. They make big promises and deliver big failures. I want to reach out to students and hear what changes they would like to see being made at Mason. I will work tirelessly with the university administration to deliver on my promises.

I would talk to Mason housing so that I could deliver their excuses to the students. Housing has made their biggest effort this year to make life as hard as possible for as many people as possible. I would begin talks to bring back Taco Bell (God bless Fourth Meal®) and I would bring big artists such as Imagine Dragons or Post Malone to EagleBank Arena.

I don’t like taking no for an answer. If I am passionate about something, I will fight to get the outcome I am looking for. The student body deserves to be heard and the things they ask for need to get done efficiently.

Meet the Candidates for Student Body President and Vice President