FOLLOW THE STORY OF MASON STAFF MEMBER & HER DAUGHTER WHO CREATED A SIMPLE, YET POWERFUL TALE OF FRIENDSHIP

Pamela Ononiwu is a hardworking single parent of three and staff member at George Mason University. Ononiwu currently serves as an education support specialist with the Volgenau School of Engineering at Manassas. Upon assuming this administrative role, Ononiwu has also kept herself busy with a specially-crafted project alongside her young daughter Joy Okonta.

Okonta, Ononiwu’s eight year old daughter, is a minority at her elementary school. Two years ago, Okonta was approached by a fellow classmate with a racially insensitive remark. Upon hearing about the exchange with Okonta’s classmate, Ononiwu was not surprised. However, she felt the extreme urgency in wanting to protect her child.

The contentious political climate in 2016 emboldened Ononiwu to address issues of diversity, inclusion, and positivity to her three young children. Ononiwu hopes that authoring a children’s book with her daughter spreads these critical messages to libraries and classroom. Beyond this, she and her daughter hope that “My Best Friend’s” topics and themes are integrated into discussions among those of all ages and backgrounds. 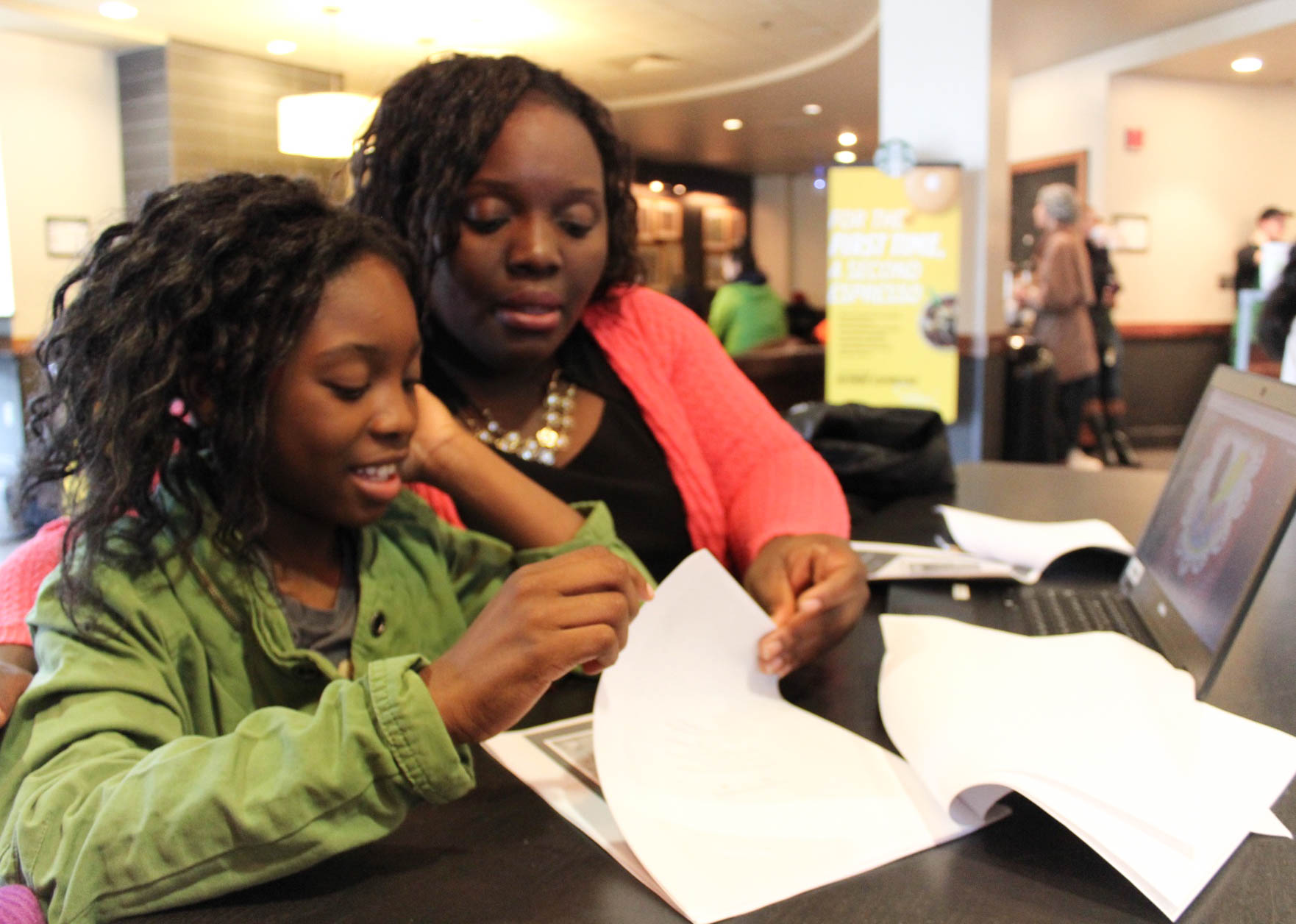 When asked about the purpose and intent of the book, Ononiwu said, “[My Best Friend] is about friendship, and about two girls who are equally smart and equally brilliant.” Despite how different the main characters, Jojo and Penny, physically appear through the book’s illustrations, they are actually more alike than they are similar.

Ononiwu wanted to supplement the message of the children’s book with illustrations that captured both of the main characters’ distinct physical features. After many weeks of searching for an illustrator to capture “My Best Friend”, Ononiwu unexpectedly stumbled across a friend from college, Bernise Springer, on Facebook.

“The most difficult part about creating this book was finding an illustrator—finding someone reliable, and who could draw pictures of ethnic hair,” Ononiwu shared.

Finding Springer on Facebook appeared to be an act of fate. As an illustrator, Springer has demonstrated both reliability and talent in her detailed work.

Ononiwu, who comes from a Nigerian family, aims to use this platform as a way to highlight the immigrant and African-American voice. Interestingly enough, “My Best Friend” is narrated from a Caucasian perspective. Both Ononiwu and Okonta felt using Penny’s perspective was significant in demonstrate the girls’ friendship as one that realizes racial differences, yet similar personalities.

Almost two years in the making, this book has worked in hopes of sharing messages of positivity and inclusion. Physical copies of the children’s book will soon be available. To view Ononiwu and Okonta’s work online now, “My Best Friend” is available as a Kindle edition e-book on Amazon.