THE ASTRONOMY DEPARTMENT HOSTS VISITING SCIENTISTS SEARCHING FOR OTHER PLANETS 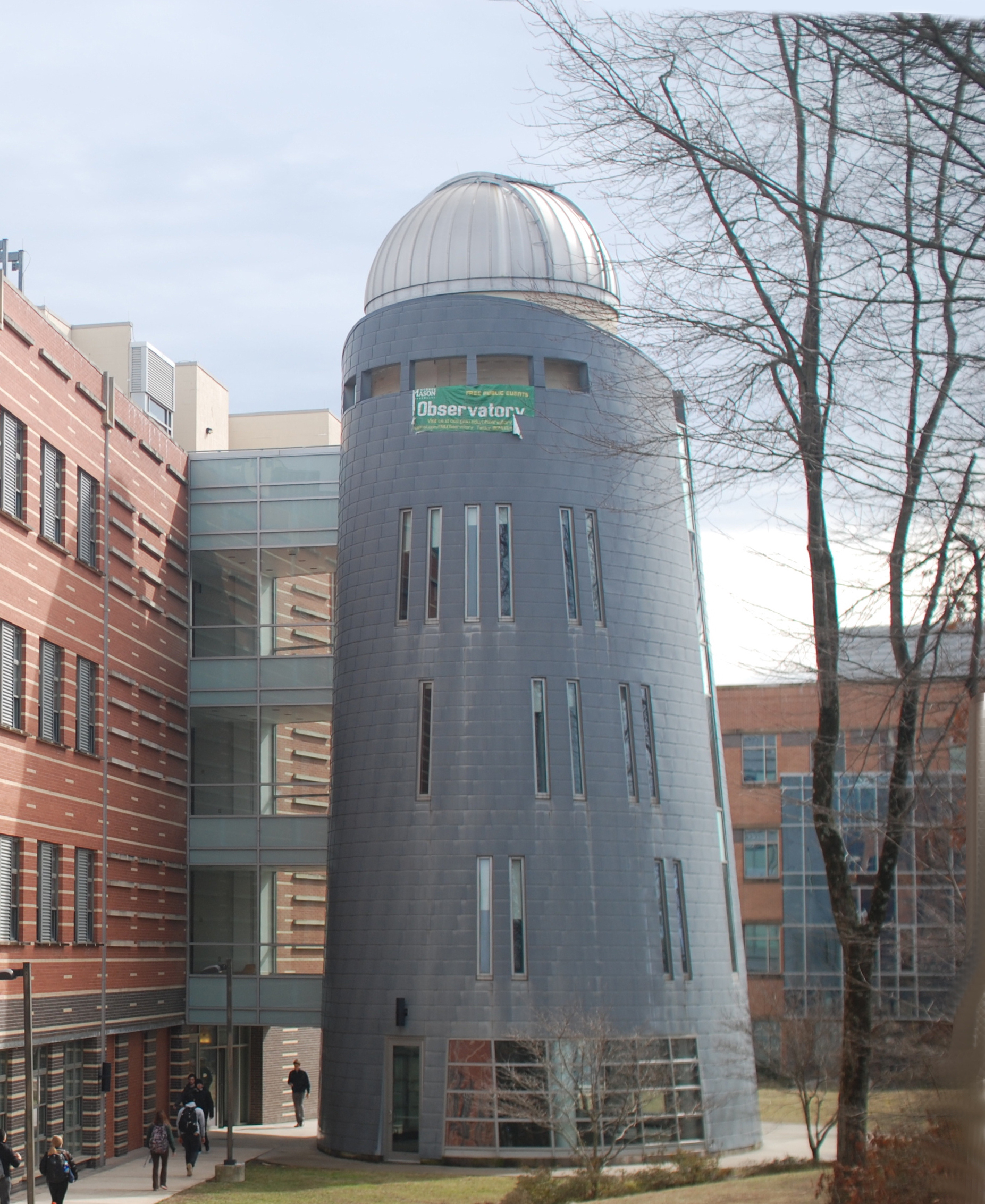 Space is the limit for researchers at the Mason observatory in Research Hall. Students and faculty from the astronomy department investigate topics like astrobiology — the study of the origin and future of life in the universe. This includes searching for new, Earth-like planets that humans could live on one day in the future.

The astronomy department hosts prestigious guest speakers to talk about ground-breaking research in an event called “Evening Under the Stars.”

Natasha Batalha, a researcher at the Space Telescope Science Institute at Johns Hopkins University, is the latest speaker within the series. Her research focuses on finding new planets that may have life — a field of research that is helping scientists understand the world around us better than ever before.

“We’re finding out through Kepler [a NASA spacecraft] that we are not really the general case, “ said Batalha. “If we want to detect life in an Earth-Sun system, then the challenges become much greater.”

Batalha explained the five steps astronomers use to find new stars and planets. The first is determining where they could be located in the visible universe, then finding planets that are close to the size and energy levels of Earth. The third step for researchers is finding if any of these Earth-like planets are nearby, looking at the composition of the atmosphere, and then looking for signs of life on those planets themselves.

Batalha was introduced by Professor Harold Geller, an associate professor in the Astronomy Department and head of the observatory program at Mason since 2006.

During his time in charge, Geller has seen Research Hall be renovated to include an observatory as part of its design, the first built since the early ‘80s. The old observatory was housed in a pig shed, and was torn down due to vandalism and disrepair.

Geller oversees Mason’s new battery of telescopes, including the Ritchey-Chretien Telescope. At 32 inches, it is the largest telescope that Mason has, allowing researchers to see objects in space that are farther away and less prone to errors than smaller optics.

“The Ritchey-Chretien telescope allows us to do some real research with heavy duty equipment on the end,” explained Geller. “The smaller telescopes serve a purpose too, and always have.”

The observatory houses several different smaller telescopes including a 16” Dobsonian, three different types of 12” models which use mirrors to reflect light to form images for study, a 6” solar telescope and two more from the older observatory building.

The observatory on campus is not just for Mason research, but for the community as well.

As long as the weather is clear, the guest speaking events are immediately followed by an observatory tour that allows the public to view the telescopes and see what they can find themselves. Anyone can come and the event is free. The talks are accessible for all, but are still scientifically-minded and deal with difficult astronomy concepts, so children under five are not recommended to attend.

The next date for Evening Under the Stars is set for Feb. 19. If there is rain or any other bad weather, it will be moved to the following Monday, Feb. 26 at 6 p.m. The speaker will be Steve Conrad, also from Johns Hopkins University’s Space Telescope Science Institute. Conrad also works at the International Occultation Timing Association, which observe and track astronomical occulations — when a part of the solar system passes in front of a more distant object, partially or totally hiding the more distant object and blocking its light.

House of Delegates stalls on bill to cap tuition rates