WHAT DOES SEPTEMBER 11 MEAN TO GMU STUDENTS?

“I remember most of 9/11, I am actually from New York so I was impacted by the Twin Towers. I was in my kindergarten class, I found out about it from a lot of my peers being pulled out of class because their parents were missing. I’m from right outside of Manhattan so a lot of their parents worked for the FDNY or were in that building. I remember feeling scared and kind of unsure of what was happening, and I didn’t learn until later what it actually meant. I’d say that I feel differently [now] because at the time I was very afraid of what was happening, I didn’t understand, but now I feel a lot of respect for the people involved my uncle was with the cleanup so I have a lot of respect for first responders and all that, I see it as a unifying moment for the nation. 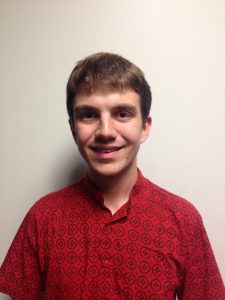 “I learned about it from the 2004 election and the Iraq War.… I feel more strongly about it now since I lived through a terrorist attack when I lived in Bangladesh in 2016. It changed my views in the sense that I have a more personal connection to terrorism. It was done by ISIS and I felt the losses in my community because students in my school were killed. I also went to the 9/11 memorial three months ago in June and I felt it more vividly because of my experience with the [2016] attack.” 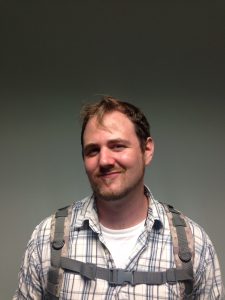 “I was in my elementary school in Indiana at the time called Lincoln Trail Elementary. I remember the shocked look on my teacher’s face and my understanding as a kid was that some helicopter had hit our school, which seems ridiculous now, but afterward it was explained to us the severity of what had happened. It hasn’t really changed being a dependent of a former Army reservist, it struck me that way that he could have been deployed… I’ve had a lot of friends and family members that have been over to Iraq, and I’ve still got the same sort of feeling toward 9/11 that I have now which is kind of that shock and that anger and that disappointment that I had then.”

“I was in 5th grade classroom and we knew something had happened but our school actually prohibited our teachers from showing us any footage that day so I didn’t know until I got home. Then my parents filled us in on what happened and the importance of it and then the next day obviously at school it was a topic of discussion… I think that as a child and a young adult growing up in a post 9/11 world, going into Afghanistan seemed like the right thing to do and everyone echoed that sentiment – not a whole lot of naysayers at the time and now 16 years later, two deployments for myself, a couple of trillion dollars and thousands of lives lost, it seems like why are we still there? And if there ever was an objective it sure as hell got lost in translation and was definitely never achieved in my opinion.”