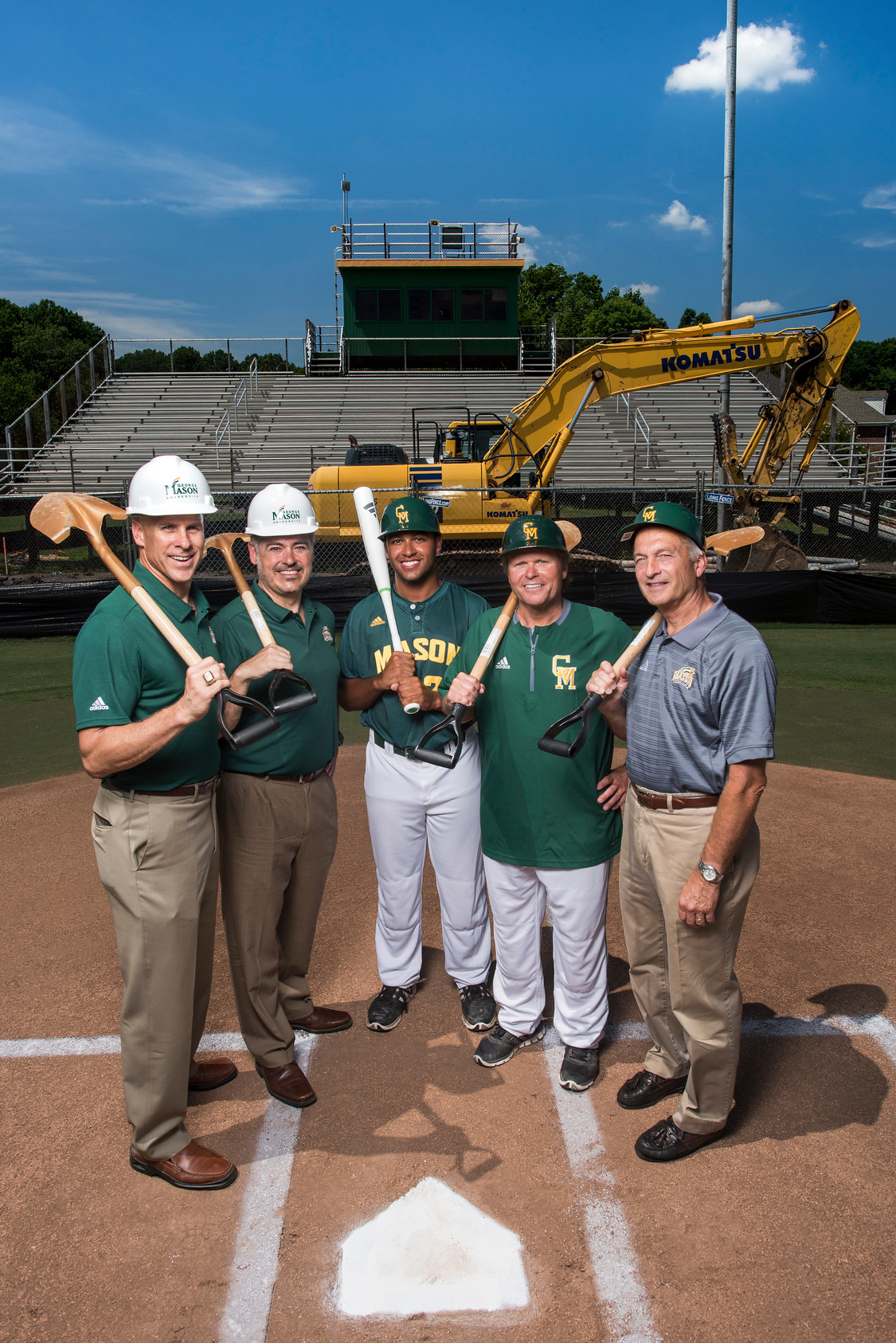 The renovations are currently focusing on Spuhler Field’s dugouts, which will be completely replaced, Athletic Director Brad Edwards said.

“We’re sinking [the dugouts] down about a foot,” Edwards said, which will “improve the sightline from the seating deck down both baselines.” For the athletes, lowering the dugouts will provide the traditional feel of coming up to the field from the dugouts.

Edwards also said that the new dugouts will be more structurally sound. “We’re replacing the current dugouts that were built over 30 years ago that were just old cinder block without rebar or anything on the inside of them.” The cinder blocks will be replaced with brick, which will “match the color scheme” and “design schemes of the softball stadium” that was renovated in 2009.

Replacing the dugouts will be the first of two phases.

The second phase will focus on the stands, improve comfort for spectators, enhance the enjoyment of the game and expand seating capacity.

There is also potential for additional work after the renovations are complete.

“There are those elements,” such as lights and a new videoboard, “that are sort of not technically in phase one or two that we know we need,” Edwards said.

But the extent of the renovations is contingent upon fundraising, which is based mainly on private donations from businesses and individuals. Phase one cost about $1.3 million, and phase two will require an additional $3 million. “It’s certainly the largest and one of the first, if not the first totally, privately raised fundraised projects in the athletics department,” Edwards said.

Outfielder and junior health, fitness and recreation resources major Brady Acker was with Edwards during the groundbreaking in July and believes the renovations will be helpful “from a recruiting standpoint.”

“Before, we didn’t have that ‘it’ factor,” Acker said. “These days in baseball, it’s kind of like you got to have something to get the players to come here. Instead of having, you know, one or two good players per class, we can get five or six because they look and see we got nice facilities.”

“I think it’ll make us feel a little more cared about, I guess, because they’re actually putting money into our program instead of just, kind of throwing our baseball field in the corner,” Acker added.

“Two or three years down the road, because of the dugouts, we can get more players, and instead of being that average mid-major school we can be above average, and maybe go to a regional or a super-regional like some of the other A10 schools did.”

Spuhler Field opened in 1986. It is named after Raymond H. “Hap” Spuhler, an influential figure in the development of Mason Athletics who served as the head coach of baseball and the athletics director from 1967 to 1979.

The current head coach of baseball, Bill Brown, played as a catcher under Spuhler.

“His great love was baseball,” Brown said. “He loved baseball and he enjoyed the game, and quite honestly he put together some really good teams.”

Spuhler only had one losing season in his entire career, his inaugural year. In 1976, the Patriots went 42-14, won the National Association of Intercollegiate Athletics district title, and reached the NAIA World Series. That team’s 42 wins is a record that still stands today and has only been tied once.

But Spuhler did more than serve as the head coach of baseball and Athletics Director.

“My understanding was he helped coach basketball, he coached baseball, of course he was the Athletics Director, and he also ran the P.E. department, so he was doing a lot,” Brown said.

Spuhler coached the team at a time when George Mason did not have a baseball field on campus, forcing them to use different sites for games. Their “home” games were played at what is now Paul VI High School, which is located 10 minutes from Mason’s campus.

“We were so far … away from what is main campus,” Brown said, “sometimes, it was tough to get the grass cut, and sometimes, we would have to take it upon ourselves to get the field cut.”

The program was also desperately low on funds.

“Travel was tough—I mean it was done in vans, you had the cheapest hotels, and you ate pretty sparsely, quite honestly,” Brown said. “When I played for Hap, his family would make sandwiches, and that would be sometimes the meal, because there just wasn’t any money to do anything.”

Spuhler left Mason because he was battling cancer. Although he passed away four years later, he continued to live on when he became the namesake for Mason’s first permanent on-campus ballpark.

Brown was in his sixth season as head coach when Spuhler Field opened.

“That was really an exciting time,” he said. “Thirty years ago when we got on that field, that was a really nice college baseball field.”

Since its opening, however, the only update was when the field had been redone in 2010 after a record-setting winter. The current renovations will be the first major changes to the park since its opening.

“One, it’s going to be a lot nicer place for our guys to come each and every day, whether it’s practice or to a game,” he said. “They’ll enjoy the new amenities for them, with the dugouts, the backstop. … It’ll just be a fresh look and a more professional look. It’s a huge benefit [to recruiting], because it gives us something to show.”

Renovations are just now getting underway, because the Athletics Department hadn’t yet secured the funding necessary for full renovations until recently.

“It’s just like everything else – it costs money,” Brown said. “It’s not cheap to build a stadium or whatever it might be.” But the department is now “in a position [where it] finally [has] raised enough money to start moving forward with some projects.”

The dugouts are expected to be complete sometime this October.