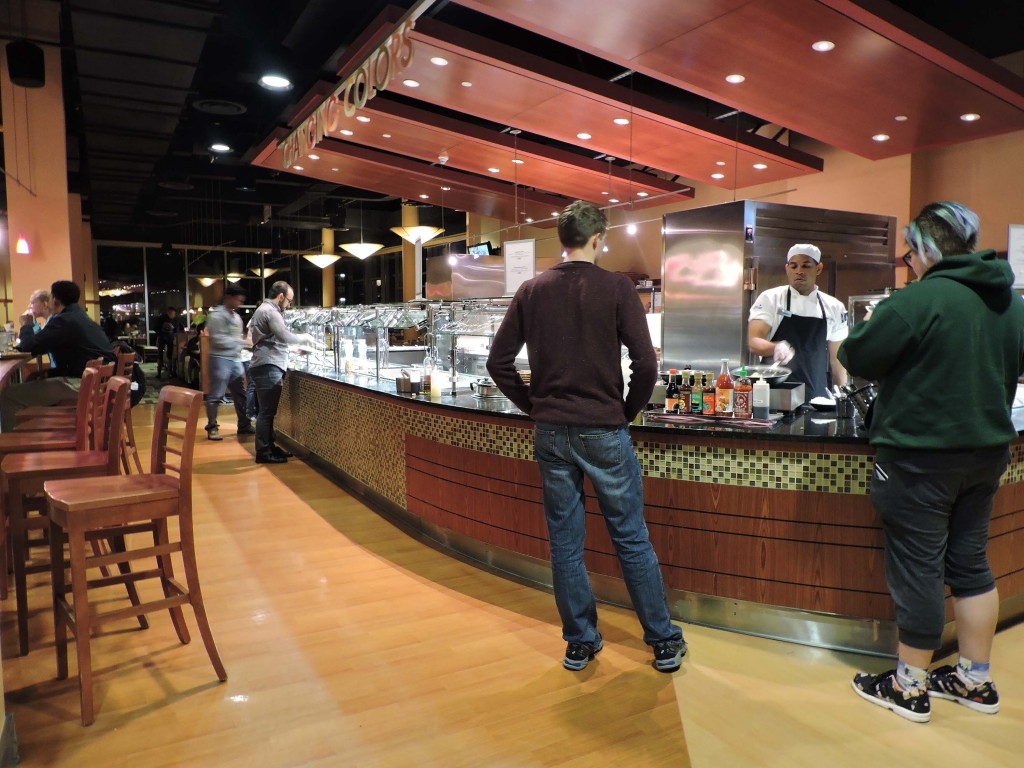 Spring is a season of redemption — the flowers start to bloom, the trees turn lush green, and the chipmunks and groundhogs come out from hibernation. It’s a season where we tone and sculpt our bodies so they are swimsuit-ready. More importantly, it’s also a time where we clean up our eating habits so that we can become happier and more energized.

It’s hard to stay in shape at college. We are transitioning from a fast teenage metabolism to a slower adult one, but bodily changes aren’t the only factor that can cause college students to pack on pounds.

“A lot of students aren’t as active as they were in high school,” Durant said. “They spend time studying, which reduces the time that they are actually walking around.”

So what do we do? We can’t sacrifice studying to get in shape, so what do we sacrifice? The daily Netflix session you take in between classes; the lounging around for three hours in the dining hall every day with your friends; the daytime napping because you stayed up way too late last night. You need to sacrifice these things so that you have a balance of relaxing, exercising and studying. These three activities are vital to live a healthy and happy college lifestyle, but only if you balance them right. If you don’t have time, make time. Establish a routine for yourself and repeat the routine until it’s natural.

According to Durant, how we eat is influenced a lot by our friends. We need to become mindful eaters.

“Since friends are eating, the student might feel the need to eat when they really aren’t hungry,” Durant said.

Indeed, peer pressure is not just someone handing you alcohol saying, “try this.” It’s something that can affect almost anything you do, and you might not even realize it. Essentially, you are the people you surround yourself with. Though you shouldn’t abandon your friends just because they don’t eat healthily, do make an effort to surround yourself with healthy eaters during meals.

Besides, if your friends get upset just because you don’t get fast food with them after class, then you might want to reevaluate who your friends are. Indeed, making healthy choices can result in cajoling, eye-rolling and outright hostility from others, but if eating healthy makes you happier with your physical and emotional self (which it will), comments from others don’t matter.

Energy drinks, alcohol, soft drinks, juices and lattés are filled with sugary calories and can have an enormous impact on our health.

“The Starbucks line is always loaded with people waiting to get their calorie-laden drinks,” Durant said.

Loading up your daily cup of joe with tons of cream and sugar is like eating a bowl of ice cream every morning.

If you can’t drink your coffee black, substitute creamer with milk (the vanilla soy milk at Southside will create a nice flavor). Also, avoid artificial sweeteners at all times. When it comes to weekend parties, if you must drink, substitute beer and sugary cocktails for soda water mixed with rum or vodka.

Finally, drink water, and lots of it. The fruit infused water at Southside, Ike’s and the Globe helps with blood circulation and digestion. It’s also much yummier than plain water, so if you don’t feel like drinking plain water, go for the fruit-infused water. Many students substitute water for the Crystal Light that the dining halls offer, but according to livestrong.com, Crystal Light contains aspartame, which, according to licensed nutritionist Dr. Alti Arnarson, can cause several health problems ranging from headaches to cancer. Clearly, water is your best bet.

Besides Crystal Light, cereal is another food you need to watch out for in the dining hall. We tend to think of most cereals as fairly healthy, but just because the words “fiber” and “protein” are on the cover of the box doesn’t mean they are nutritious. For instance, the Special K cereal at Southside is full of protein, but it also has a whopping 14 grams of sugar — that’s more than the Lucky Charms and Cocoa Puffs! You’re better off having a hearty omelet or Greek yogurt with melon for breakfast.

So what can we eat at the dining hall? Freshman Ciara Donohue, one of Mason’s top cross country and track athletes, has mastered the art of healthy eating at college. “My favorite thing is probably the salad bar,” said Donohue. “I like to put beets and pine nuts with some balsamic vinaigrette or some olive oil and vinegar with it as well.”

Although salads aren’t the first thing we think of when it comes to filling foods, the salad bar at Southside can change that. Pile on colorful veggies like peas, broccoli, peppers, beets and olives along with some protein on top such as tuna, eggs or grilled chicken.

“I like to get whole-wheat pasta with the vegetables they offer,” Donohue said. “Instead of the canned chicken I get the grilled chicken served from the grill. Instead of sauce, I like to put parmesan cheese and salt and pepper on top.” Indeed, the more colorful you can make your food the better, especially when it comes to customizable dishes like stir-fry, pasta and salad.

Now what about dessert? Students would say dessert is the ultimate cure to academic stress. Whenever you’re craving dessert and you know a milkshake will make you feel sluggish and guilty, go for a cereal with moderate sugar levels such as golden grahams or cheerios with banana slices.

“Yogurt has lots of probiotics in it, so it’s a great dessert I like to eat,” Kelly said.

According to Durant, healthy eaters are mindful eaters. “You need to be mindful and ask yourself, am I really hungry? Am I just eating because others are eating? Do I really need this?”