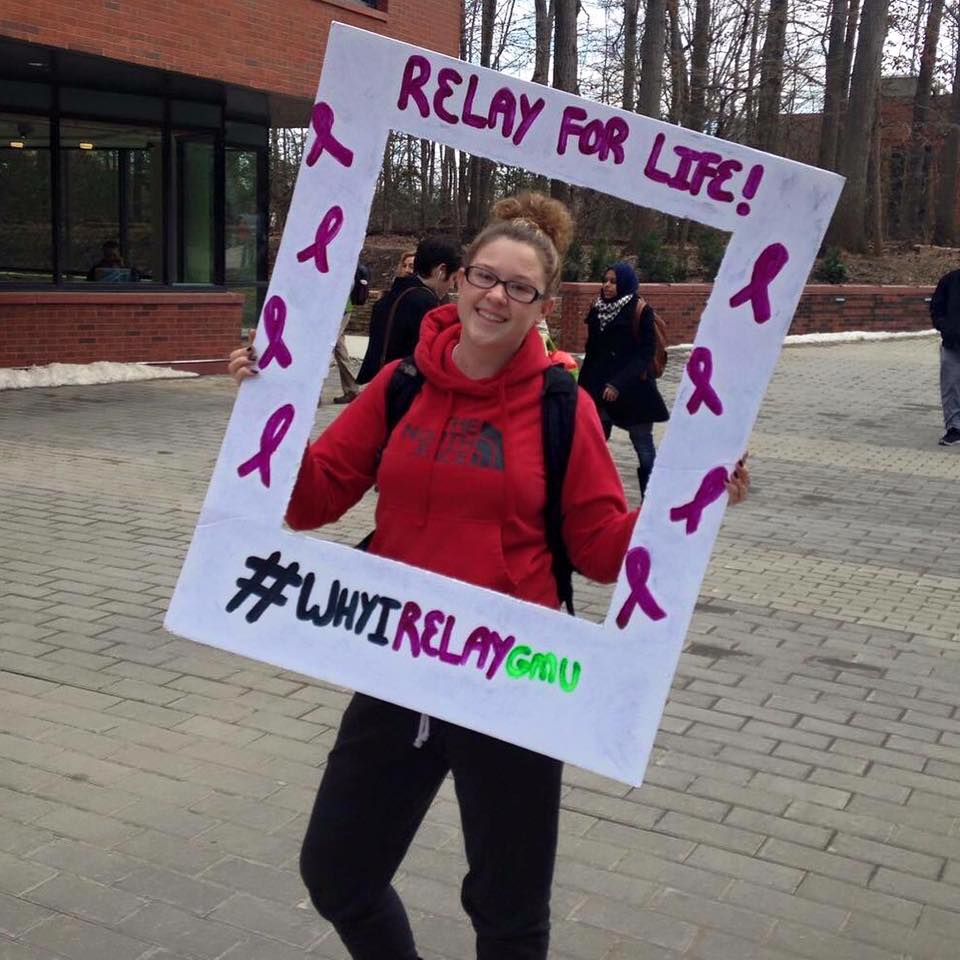 This school year, Mason Relay for Life dedicated a whole week to kicking off activities for the 12-hour Relay for Life event that will take place March 19.

Throughout the entire week of Feb. 15-19, Relay focused on celebrating those who fought and are still fighting cancer.

“Traditionally, we hold a kick-off event during the Fall to begin raising awareness for Relay for Life, but we found that having a kick-off so much earlier than our event was not effective in drawing participants or getting people to sign up,” Robert Paque, junior biology major and Mason Relay’s event operations co-chair, said.

Last year’s kickoff was held outside the Hub and included games, music and important conversations. Alex Nixon, senior bioengineering major and event co-chair for Relay, notes that the events have gradually become bigger over time.

“My first year here, we were in Dewberry Hall for a few hours,” Nixon said. “I decided that I wanted to do something more this year.”

The plan to make kickoff an even bigger activity started with the decision to wait until the spring semester to hold a week-long kickoff event. The plan then evolved to include Relay for Life-themed activities during the week that corresponded with the event theme for this year, Relaympics, which is the Relay Olympics.

Kickoff Week began with Relay’s participation in Mason’s homecoming tailgate on Saturday, Feb. 13, by showing off their Mason pride. On Sunday night, Relay brought the celebration to Southside, where they posted purple decorations on the walls and windows, including posters and sticky notes with messages of hope. Participants even decked cereal with Relay spirit by tacking messages like “I’m coo-coo for Relay for Life coco puffs” on their containers.

On Wednesday, Relay hosted Olympic Games and took ‘Why do you Relay?’ photos for students outside of SUB 1 and Fenwick Library.

Courtney Bacon, a sophomore and the event operations co-chair for Relay, participated in the Olympic Games. “[The games] were hands on in hopes to engage the Mason community to get them excited for our event,” Bacon said. Even with the cold weather and the muddy grass, Relay found a way to spread hope.

The celebratory week’s closing event, a non-traditional luminaria ceremony, was held at Mason Pond on Friday, Feb. 19. Instead of the typical candle-in-a-paper bag luminarias, students used purple glow sticks in paper bags, which were then placed on the ground to spell out the word ‘Hope.’

“The Luminaria is a central part of Relay where participants can create and donate a luminaria bag to commemorate a lost loved one,” Paque said.

Nixon, who led the event, gave a short speech at the end. He talked about the hope and help Relay brings to millions of people battling cancer. Nixon shared his personal reason for relaying. “I relay for my grandparents on my dad’s side who passed away when I was little. I relay so that more people will have the opportunity to know their relatives,” Nixon said. 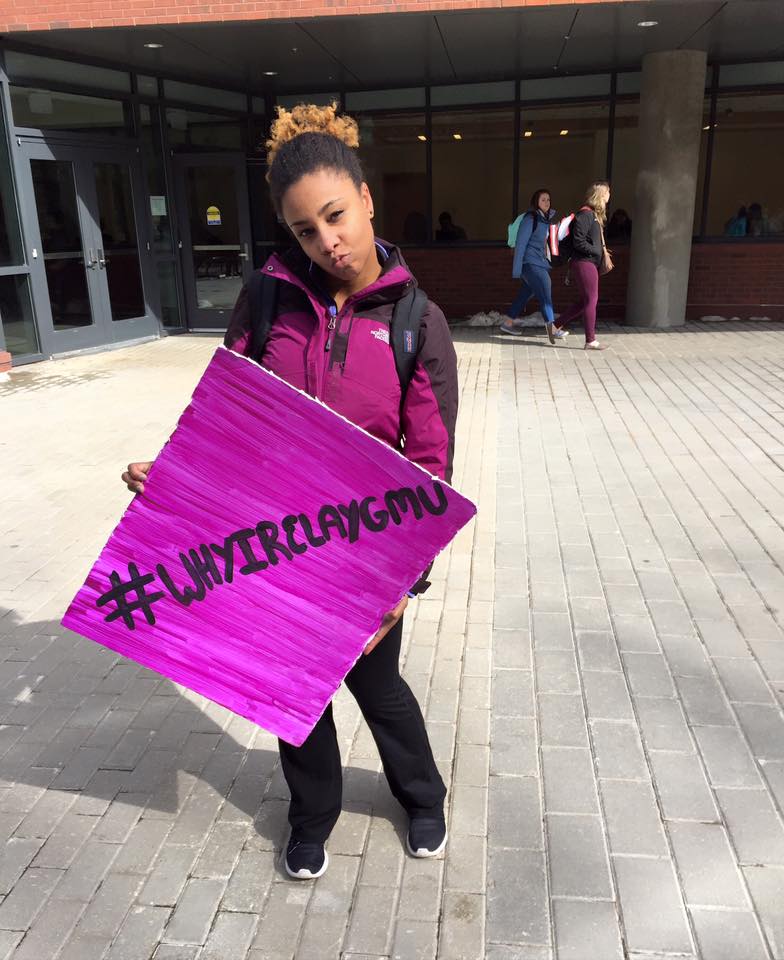 Concluding his speech, Nixon invited everyone to crack their purple glow sticks, instead of the normal lighting of candles, and place them in the bags while he read off each person’s reason for Relay-ing. Once the area was bathed in purple glow stick light, Mason’s female a capella group, Noteworthy, preformed the song “Hallelujah.”

Freshman Brian Schnoor was moved by the ceremony. “Honestly it was quite touching,” he said. “The song choice was nice, the ‘Hallelujah,’ it was poignant and well selected. It was the right kind of mood and of course they sang beautifully despite the cold.”

Even though Kickoff Week is over, Relay’s purple light is hardly gone. “Thursday’s event got cancelled, we weren’t able to get part of it together,” Nixon said in reference to the ribbons that were going to be passed out all day on Thursday. Fortunately, Relay still plans to pass them out to students at a later date.

“The committee is full of extremely driven students who share a common goal, to fight for a cancer-free world, and due to the support of all of us committee members, kick-off week was a great success!” Paque said.

With the 12-hour event coming up this March, Relay is focused on spreading the word. “We find that cancer affects people regardless of who they associate with so it is our goal to bring in as many people from the school and community as we can,” Bacon said. Relay for Life will take place Saturday, March 19, from 1 p.m. to 1 a.m. at the RAC.

As event operations co-chair with Paque, Bacon’s Relay responsibilities include everything from booking performers to planning decorations for the big event. The planning goes on all year.

“There are always twists and turns to planning,” Bacon said. “There’s always things to get ready and people to contact.”

The hopes for this year’s big Relay event are involvement and improvement. “It is our hope to really get the Mason community and student body out to help us celebrate and finish the fight,” Bacon said. “Because cancer sucks.”