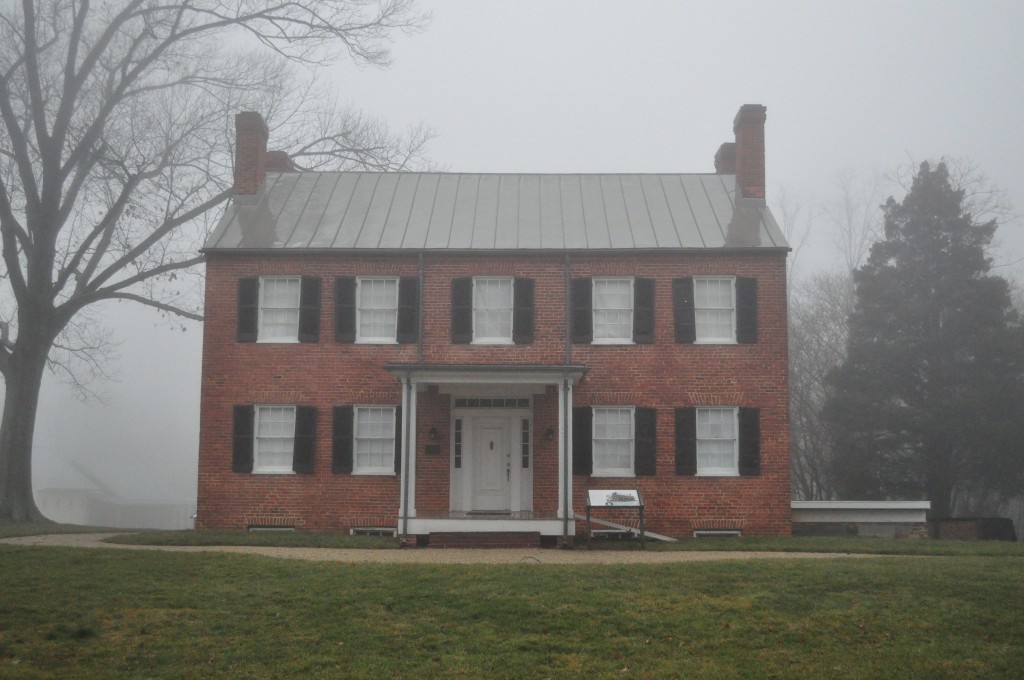 Grandma’s Cottage, the house that Margaret Conn Wilcoxon Farr lived in back in the 1800s, resides on the Blenheim Estate off of Old Lee Highway in Fairfax.

Before there was Mason…

This story is the second in a short series by Fourth Estate that explores what Mason’s campus looked like before it became the grounds for a university. Northern Virginia is rich with history, and we hope this series connects the Mason community to its vibrant past. Stay tuned as we discover the land and people that preceded our school.

The land that Mason currently rests on was originally owned by three people during the Civil War: Margaret Conn Wilcoxon Farr, Newman Burke and William Sagar.

Farr, who was born in 1820 and died in 1904, lived her entire life in Fairfax, and owned 182 acres. She is buried with her husband, brother and other relatives in the Wilcoxon/Farr Family Cemetery on the Blenheim Estate.

Farr’s son, Rezin Farr, was a member of General John Mosby’s rangers, who were infamous across the state for capturing Union soldiers. Farr’s second son, Richard Ratcliffe Farr, was also a member of the Confederate army. After he was a soldier, he became a member of the Virginia House of Delegates and also served as the second state superintendent of schools, according to Mary Lipsey, member of the Fairfax County Historical Commission.

Farr lived in Grandma’s Cottage, which was originally located at the corner of Old Lee Highway and Route 236/Main Street, but in 1962 it was moved to Old Lee Highway, near Layton Hall Drive. It was then moved a third and final time to the Blenheim Estate in 2001, where it still stands today.

According to the Fairfax County Historical Commission, “the cottage is important for its combination of log-wall construction and rare hewn timber framing with brick infill between the studs in the oldest portion of the house.” The cottage dates back to 1840.

The Blenheim Estate is a historically significant area, according to Lipsey. It was originally a brick farmhouse that was built by Farr’s brother, Albert Wilcoxon, but was later used as a hospital for Union soldiers. As a result of this, the soldiers left behind signatures, stories, games and poetry on the walls of the house, and many historians have described it as a “living diary.”

“They have done research on those signatures, so they know just about everybody — what unit they were in, who they were,” Lipsey said. 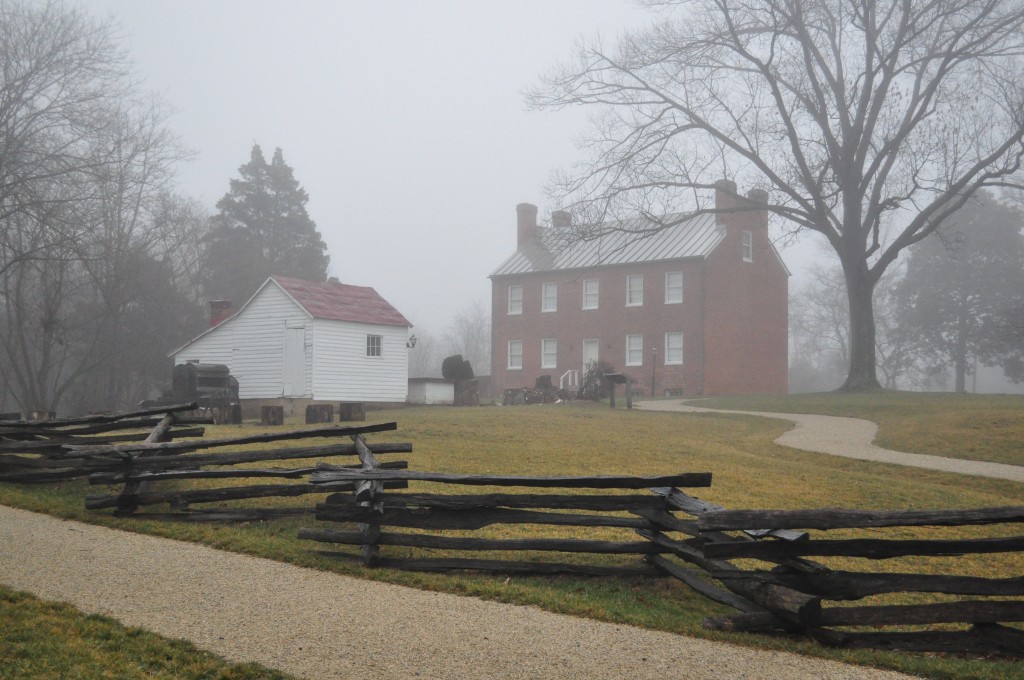 Burke, who owned 64 acres of land, was the brother of Silas Burke, whom Burke, Va., is named after. Silas Burke brought the Orange and Alexandria railroad through the area, according to Lipsey. This railroad later became a huge part of the Civil War. According to census records, Burke’s second wife was the granddaughter of Farr. Census records also show that Burke voted in favor of secession from the Union in 1861.

According to Lipsey, the land that Newman Burke owned is where the old campus was originally built: West Building, East Building, Krug Hall and Lecture Hall.

The land that Sagar owned is where many residence halls are, such as Liberty Square, Potomac Heights and President’s Park.

Sagar owned 284 acres of land in Fairfax. He was born in New York in 1800, but lived and died in Fairfax Courthouse, Va., in 1877. He’s buried in Oakton, Va., in the Flint Hill Cemetery. When the Virginia General Assembly established the town of Providence in Virginia, many still referred to it as “Fairfax Courthouse” until the town’s name was officially changed to Fairfax in 1874, according to Historic Fairfax City, Inc.

Historical records say that Farr’s son, Richard Ratcliffe, was in part responsible for this change.

A news clip that was included in the census stated, “Our excellent and energetic farmer, Mr. Sagar, has unfurled a Union Flag in the beautiful grove adjacent to our village.”

Sagar was the only one of the three landowners in the Mason region who owned no slaves.

Skirmishes in Fairfax were common, according to Lipsey, because the area was between the Union and Confederate armies, and the area changed sides many times throughout the war. In one instance, Mosby captured a Union general near the Fairfax Courthouse.

During this time, most of the area was farmland, but after World War II, this began to change.

“In 1945, for the first time in its history, a minority of Fairfax residents lived on farms. The 1950’s transformed Fairfax into an important suburban community for Washington D.C. The Town of Fairfax became a City in 1961 and matured into an urban village with a strong sense of community,” according to Historic Fairfax City, Inc.