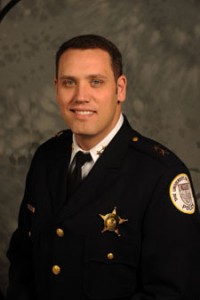 Former Chief of Police Eric Heath has left Mason to work at the University of Chicago.

He left on September 18 to become the executive director of campus safety at Chicago.

“Eric Heath loved George Mason University,” Interim Police Chief Thomas Longo said. “He came here and made a lot of great changes, made a lot of friends doing that.”

Heath was hired by Mason in June 2013 after leaving a previous job at the University of Chicago. Longo, formerly the assistant chief of police, said Heath did a lot for the university in a short amount of time. His biggest contribution, Longo said, included internal changes he carried out in the police department.

“Prior to Chief Heath, this department was more traditional-minded in terms of law enforcement,” Longo said. “And he has shifted that fundamentally.”

Longo explained that campus police departments have more alternatives to arrest than other agencies and that Heath wanted the department to be aware of those alternatives in order to carry out its main purpose of helping to ensure the academic success of students.

Longo said that Heath believed the role of Mason Police is not to be “punitive” but rather “to do what you have to do to keep people safe and get them back focused on what they came here [to Mason] and spent all this money for, which is to succeed academically.” Longo added that this mentality was Heath’s “biggest contribution” and that it was a “paradigm shift” for the force.

At the time that Heath was hired, several employees were in the process of leaving the department, and it was up to Heath to replace them, according to Longo, who said this helped Heath execute the changes he wanted to make.

“He had the stars aligned up real well,” Longo said. “. . . That’s a real advantage to a leader, if you can chose your staff, your senior staff, because you’re going to choose people that will get done what you want in the way you want it done.”

Longo was one such staff member who Heath chose to be his assistant chief in 2014.

Longo said Heath “thrives in campus policing” and enjoyed serving the Mason community but could not resist the opportunity at Chicago.

“Why did he leave? Because he was as passionate about what he does at Chicago as he was here, and they made him an offer that he couldn’t refuse,” Longo said.

Longo will act as police chief until the position is permanently filled.