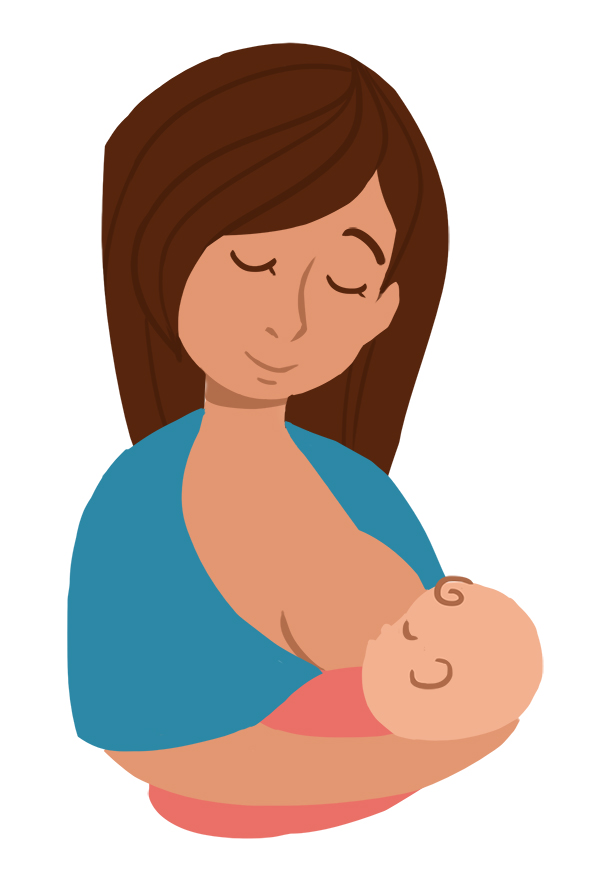 This story was originally published in the March 30 issue of Fourth Estate.

Working mom Beth Garcia, Traffic and Scheduling Coordinator for Creative Services, remembers being bombarded with stares from both men and women when she had to breast feed her daughter on a bench at the mall.

“It’s funny to see how women and men, they see the action of what you’re doing, even if your shirt’s not up or anything, and just – staring,” Garcia said.

What Garcia did not know at the time was that Virginia law, although exempt them from public indecency laws, only allowed women to breastfeed on property owned, leased, or controlled by the Commonwealth. Thanks to a recently signed bill, however, women in Virginia will now be lawfully protected to breastfeed anywhere in public.

In an article from the Richmond Times-Dispatch, Northern Virginia attorney and co-leader of the grass-roots Virginia Alliance for Breastfeeding Laws, Rebecca Geller specified that this law covers private businesses as well such as stores, restaurants and malls.

“Under current law, a woman has a right to breast-feed a child in any government-owned property,” Geller said. “So if I was sitting in the Capitol in Richmond, I could breast-feed my child there, but if I were to go to a restaurant a block away I could not have that legally protected right.”

Since Virginia was only part of four other states to still not allow public breastfeeding in the United States according to the National Conference of State Legislatures, it is no surprise the lack of protection was something unaware to many women.

Garcia was shocked when she first heard about the law being passed in the news.

“I was pleasantly surprised,” said Heather Aleknavage, founder and leader of Mason’s Working Moms’ Support Group. “I think women over the years have done their best concealing nursing babies in public, but I also think it’s gross to have to nurse in public restrooms!”

What is no surprise are some of the health benefits that come along with breastfeeding.

According to the National Council for State Legislatures, both mothers and children benefit from breast milk due to the antibodies it contains that protects infants from viruses and bacteria.

A recent report from CNN highlighting a new study done on children who were breast fed also found that breastfeeding might be linked to intelligence.

“Not only does breastfeeding have clear short-term benefits, such as protection from infectious diseases and a reduction in mortality, it’s also been shown to be associated with an increase in intelligence… Prior studies have shown an increase of up to 7.5 IQ points in elementary age children who were breastfed, as well as an increase in verbal, performance and comprehensive IQ in adults,” CNN reported. “Subjects who had been breastfed for 12 months or longer had a higher IQ (about 3.7 points), more years of education and earned roughly 20% more than the average income level.”

This legislation is not only long overdue in the minds of many, but significant to life on campus and within the Fairfax community.

According to the Institute for Women’s Policy Research, 25% of college students in the United States had dependent children in 2013. Although this number may not be representative to only those who breastfeed, it is safe to say that Mason is a college who is home to student parents in addition to faculty and staff parents.

Not only will this law affect new moms on campus, but other students and faculty as they may see an increase in public breastfeeding and should be aware of the laws in place.

Aleknavage agreed, stating, “I think it’s important for young people [and] college students, [both] men and women, to know this law exists and to be aware.”

Mason Ph. D. student and mother of five, Olivia Blackmon, was also recently on ABC7 news discussing her experience of being told to stop breastfeeding while at the Chinquapin Park Recreation Center & Aquatics Facility in Alexandria.

Although many people, like Blackmon, agree that the law to allow women to breastfeed in public was long overdue in Virginia, it raised an interesting question of whether a law would actually change the way people viewed breastfeeding in pubic.

Although Meaghan DeCelle, Human Resources and Payroll benefits specialist at Mason, had never been asked to leave anywhere while breastfeeding her child, she has received “looks of distain” as she put it.

“Unfortunately, a law allowing me to nurse in public will not change the culture that views the breast as a sexual object rather than natural and healthy nourishment for our children,” DeCelle said.

Even if the stares are here to stay for now, Garcia thinks the law will bring positive effects to future moms.

“I think the new law brings awareness,” Garcia said. “I see a lot of people talking about the new law on Facebook. Really, it’s the mom’s own comfort that will be affected, so if any mom does get challenged they will have a source of protection to claim.”

DeCelle hopes the new law will encourage moms to breast feed in public by allowing them to feel comfortable to do so wherever they are.

“I hope that over time the attitude toward nursing in public will change,” DeCelle said. “It will not happen right away just because a law was passed protecting a woman’s right to feed her child on state property, but if more moms do it now that they are legally protected, perhaps the public opinion of nursing will evolve.”

As with most new legislation, the effect public breastfeeding protection will have on new moms both on and off campus is something only “time will tell” as Aleknavage puts it.

“I think it will be interesting to watch and see if there are more moms feeling liberated to breastfeed in public, especially on campus. We do a good job here at Mason of providing private spaces, too,” Aleknavage said. “I think this is especially important for new moms just getting used to nursing babies. It seems like it would be a natural thing, but it can be difficult for some women and feeling self-conscious only makes it more challenging.”