Professor Janine Wedel was dressed colorfully , standing  out from the four towering bookcases behind her desk. Stacks of information surrounded her as she apologized for the rubble of notes, file folders and boxes. The “mess,” as Wedel describes it,  are representative of  the examples and connections of high-ranking influence described in her new book Unaccountable: How Elite Power Brokers Corrupt our Finances, Freedom, and Security, recently listed on Bloomberg Business’s “Best Books of ’14.” 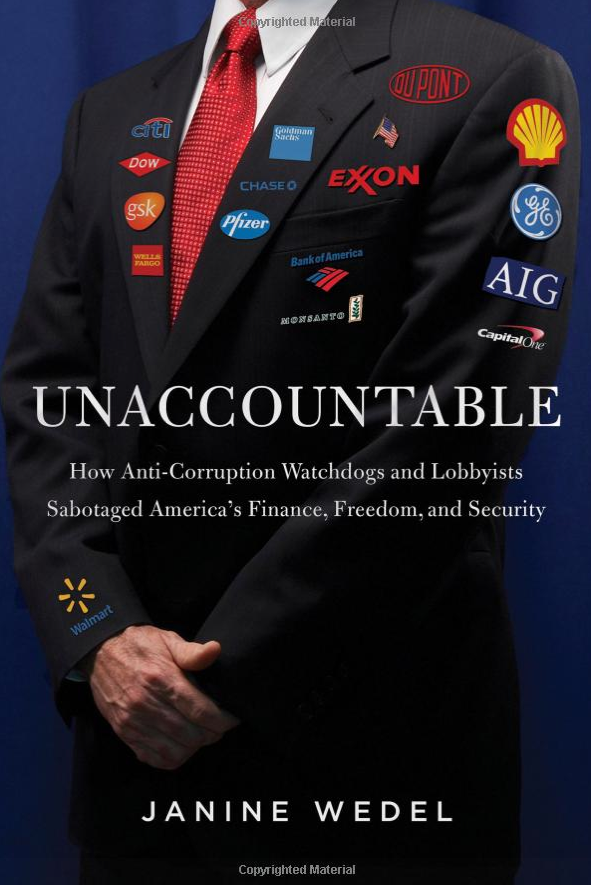 The book covers the powerfully connected and is  exhaustively researched, building on the knowledge base of Wedel’s previous work as a government and international affairs professor.

“[Unaccountable] really does come from a scholarly place and scholarly sensibilities that were honed under Communism,” Wedel said.

Professor Wedel has been teaching at George Mason University’s School of Public Policy since 2002 and has held the position of University Professor since 2012. She was a Fulbright Professor long before that, in Poland, from 1989-1990 and 1991-1992. She currently writes for the Huffington Post and has been published in The New York Times, Christian Science Monitor, The Wall Street Journal and Salon.

“I started my career as a social anthropologist in Eastern Europe, studying how Communist societies really work,” Wedel said. “My initial field work was in Poland in the eighties.”

She references this formidable time in Unaccountable, the experience of working with Communist-era Poland allowed her to draw a contrast between the circumstances of desperate Polish citizens and the American pubic.

Unaccountable is filled with Wedel’s personal experiences, which she uses to examine systemic failure in finance, military and government leadership. The book approaches what she calls, “the new corruption” or  “the systemic violation of public trust.”

“So this notion of simulacra, that’s what [French philosopher] Jean Baudrillard calls it,” Wedel said. “Things that are not quite real but purport to be real, or what Colbert calls truthiness.”

Promoting Unaccountable has provided Wedel with a view on how people have addressed her work.

Outside of teaching, Wedel also publishes columns and op-eds for national and local outlets.

“You know I’m just really writing op-ed pieces and trying to get the book out,” Wedel said. “That’s more than a full time job.”

Interview with the Candidates: Bhatia & Zaidi

Interview with the Candidates: Freeman & Sprague