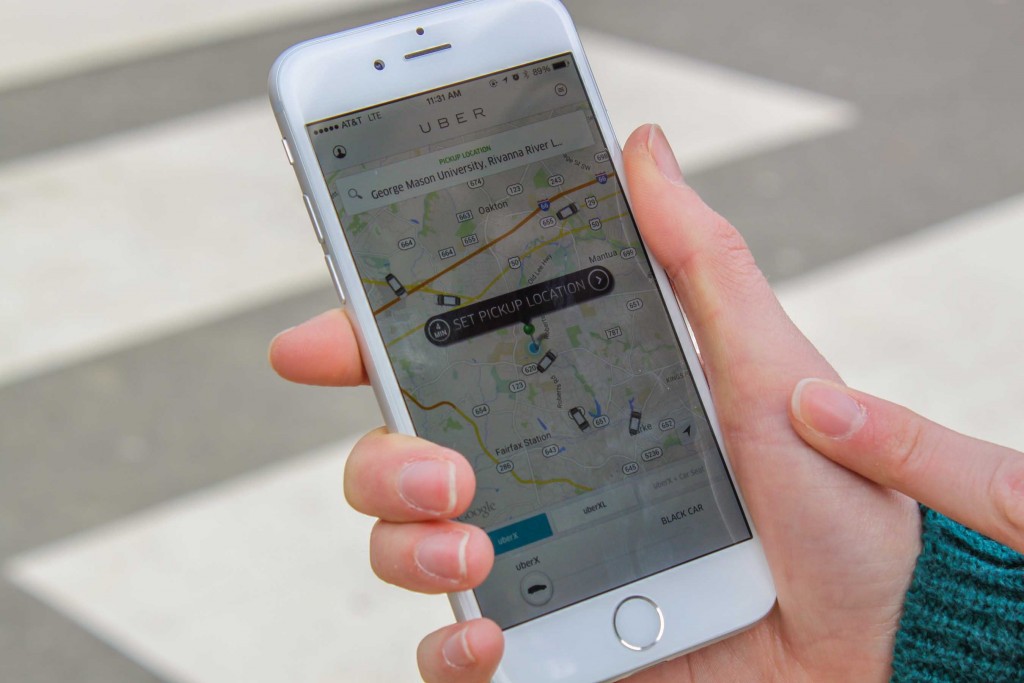 For the last year, the state of Virginia has been a point of tension and confusion over Transportation Network Companies.

Now that debate continues as legislation is going to increase regulations on TNC’s, better known as ride-sharing companies like Uber and Lyft.  It is making its way through the processes of the Virginia General Assembly.

The bill is meant to enable these private car companies to continue running in the state, while adding updating policy on background checks and insurance coverage for the drivers.

The law is likely to pass. The Roanoke Times reported that the bill had passed in the Senate unanimously and with a vote of 67-28 in the House of Delegates.

This begs the question of how this could impact Mason students.

Senior economics major Andres Orozco drives for Uber. He noted that he does not get a lot of ride requests from Mason students. However, those who do use the app are normally coming back from a night at the bar.

“The majority of customers that I get are going out on a Friday night, Saturday night, they’re young professionals, recent college graduates, who make an income in either North Arlington, and Alexandria,” Orzoco said.

This usage does align, however, with those Mason students who do use TNCs. Seniors Tessa Horner, an applied information technology major, and Connor Brassil, a government and international politics major, both use these services instead of assigning a designated driver.

There has been questions regarding the extent to which TNCs perform background checks.

“Next, unlike taxicab drivers, TNC drivers’ criminal background checks do not require fingerprints or even a face-to-face verification of their identity, said Charlie King, the vice president of Red Top Cab. “They sign up on the internet, with copies of their documents emailed or faxed, opening the door for identity theft so that you don’t know whose background is really being checked.”

Red Top Cab and its affiliate Fairfax Yellow Cab, both cater to the Fairfax and Mason community.

The combination of limited background checks, with the intoxicated state of passengers, is a primary argument taxicab companies make against TNCs. It is a problem that a student could realistically face, as well.

King cited a recent example that happened in Chicago.  An UberX driver picked up a drunk female passenger who fell asleep during the ride. The driver took her back to his home and sexually assaulted her.

“In this case, the driver, who had only a temporary license in Illinois, allegedly violated Uber rules by using his wife’s Uber account to pick up passengers, the company said,” Steve Schmadeke and Michelle Manchir wrote for the Chicago Tribune.

Some, like Orozco argue, that although this does happen, these sorts of incidents are rare. Moreover, even when issues come up the perpetrator is quickly discovered.

“I think it’s safer than anything else because saying I did something to someone, my address is there, my phone is there, my plates are there, you can do it but then you will get caught in minutes,” Orozco said. “If that’s the case. It’s pretty safe. You go in a cab you know, yeah there are plates, but, say you are drunk you won’t remember the cab color or anything. You know what I’m saying? That might be unsafe. But let’s say you’re drunk or something happens, there is going to be a record on your phone, [so you can know] who is the person who took you home.”

In the Chicago case for instance, the driver was still traced back to his wife’s account.

The fact you can review drivers may help with this matter as well, making some feel more secure.

“It’s not as regulated but, honestly for some reason I feel more comfortable taking Lyft or Uber than taking a standard taxi,” Brassil said. “I couldn’t really tell you why, but I think their review system works really well. Obviously it’s been used by bad apples in the past, but you could probably say the same thing for taxi drivers if you looked into it, you know.”

An issue that can impact both riders and normal drivers is insurance, or the lack thereof. Non-riders can of course include anyone in the Mason community who would commute to campus.

“I’ve taken Uber around 15 to 20 times and I’ve only ever felt unsafe once. The driver almost pulled out into traffic two minutes into the drive and didn’t improve much on his driving the entire way to our destination,” Horner said.

If the driver had crashed, Horner would have been covered by a million dollar liability coverage provided by Uber. This regulation only came about last August when Uber and Lyft were forced to strike a temporary deal with the Virginia Department of Motor Vehicles, Jacob Geiger reported for the Richmond Times-Dispatch.

Take another example, what if the driver crashed on his way to pick up Horner and it was his fault? This is another aspect the legislation dealt with; if Uber and Lyft should cover their drivers, if they are in an accident with the app on, but without a third party in the car. Non-riders would be impacted at this point.

With this bill, “the ride-sharing company also provides secondary liability coverage of $125,000 per person, $250,000 per incident and at least $50,000 for property damage” Geiger wrote.

King explained that this is a fairly small amount of coverage. Moreover, he added that the injured person would still have to make a claim against the TNC user before Uber or Lyft would help with coverage.

“Even under the legislation, however, there remain safety issues that many riders don’t understand. For example, unlike taxicabs, if a TNC driver does not have his app on, but picks someone up, say outside of a bar or from a call to his cell phone, that vehicle has no insurance coverage, so tell your readers not to hop into a car if they didn’t order it through the app,” King said.

Another benefit to taxicabs is that they are insured at all times. There is no insurance risk for the rider or non-rider.

However, students seem most concerned with the amount of time that it takes for their TNC car to arrive versus a cab.

“I use Uber instead of a taxi service because once you order the Uber it arrives in less than 5 minutes (almost always), the app is functional and convenient and I like not having to pay cash and worry about tipping the driver,” Horner said.

The time and ease of use is one added benefit to TNCs.

But King did remark that it will simply force cab companies to change and develop as well.

“What this will mean for locally-owned taxicab companies better regulated for public safety remains to be seen, but companies like ours are continuously updating our services to give the riding public what it wants, including options to order and pay for service electronically and cashless,” King said.