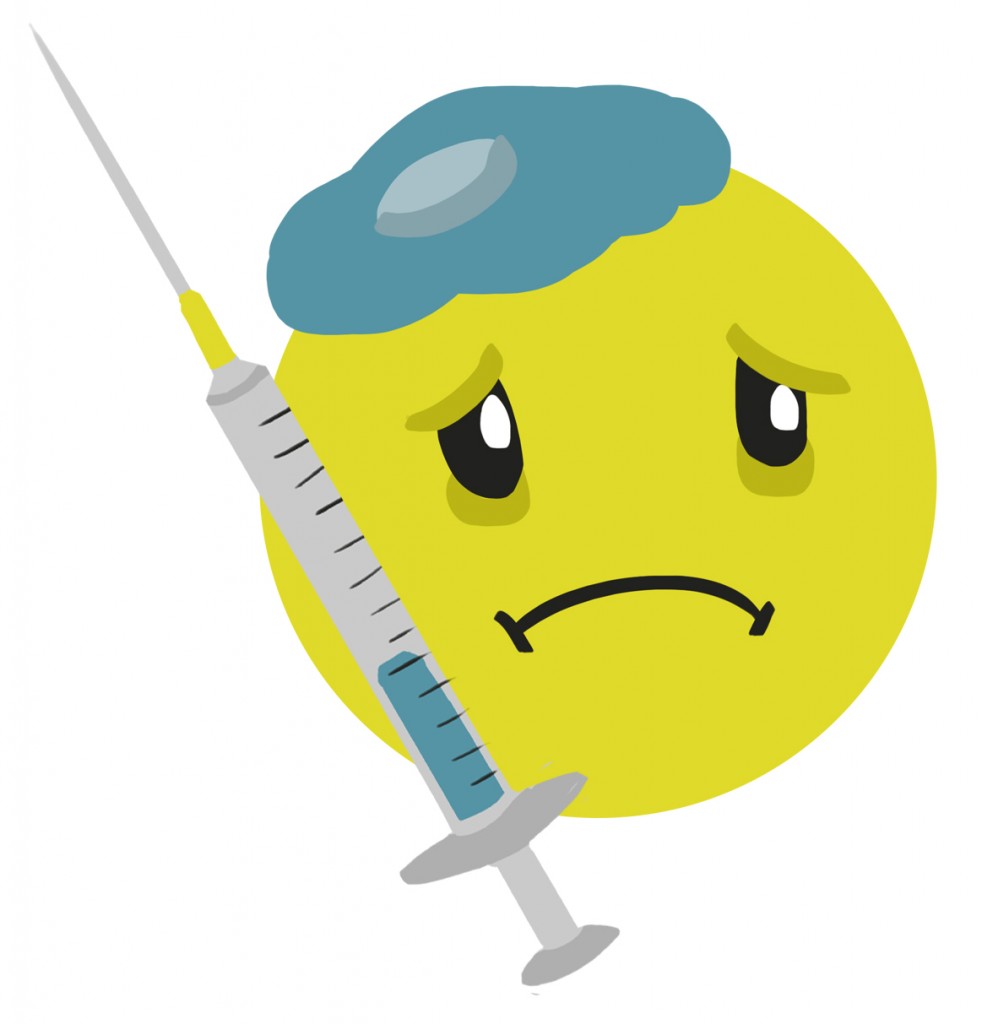 This year’s flu season has proven to be worse than in recent years, but Mason students may not be taking the necessary precautions to stay healthy.

On Jan. 31, The Centers for Disease Control declared in its Weekly U.S. Influenza Surveillance Report that influenza activity in the United States continues to remain above an epidemic threshold. This means the number of hospitalizations and deaths from infection have exceeded national averages for this time of year.

Although it is not uncommon for influenza activity to reach periods of epidemic level during a given infection season, rates of illness have remained at an increased level for over ten weeks. Scientists are attributing the severity of the current flu season to the decreased affectivity of the vaccine intended to protect against this year’s strain.

Each February scientists at the World Health Organization design a specialized vaccine for the coming flu season. The vaccine created for the current infection period protects against three strains of flu, with some protecting against a fourth strain. However, a recent analysis of the circulating viruses indicates that some of the strains have mutated.

Still, vaccine affectivity fluctuates from year to year, and doctors are strongly encouraging those who have not been vaccinated to do so.

“Even during seasons when drifted viruses are circulating, we still recommend the flu vaccine,” Dr. Wagida Abdalla, executive director of Student Health Services at Mason, said. “Vaccination can still prevent some infections and can reduce severe disease that can lead to hospitalization and death.”

Though young adults tend to be at a lower risk of infection compared to young children, the elderly, and the chronically ill, they are not entirely protected. Close living quarters, shared athletic and dining facilities, and constant social interaction raise students’ chances of contracting influenza, a 2013 article published by MedlinePlus explained.

Yet according to a survey conducted in 2010 at the University of Buffalo, only about eight percent of college students choose to get vaccinated annually.

Social influence has the strongest impact on whether students will choose to get the flu shot, the survey indicated. If universities advertise the necessity of the vaccine, students are more likely to take it seriously.

But receiving a flu shot was not a priority for many Mason undergraduates this year.

“I saw flyers about Student Health Services offering flu shots,” Freshman Samara Singer said. “I would have gone, but all the times I had class. I wish there were more times available.”

According to the aforementioned survey, college students consider the flu less of a threat because it spreads annually. For most undergraduates, concern for one’s health takes a backseat to the innumerable lab reports and papers that tend to pile up as flu season arrives.

But getting sick prevents students from keeping up with their studies and extracurricular commitments.

“If there’s a test or an essay due, there’s not much I can do,” Sophomore Nikki Gerald said. “It can seriously affect my grades if it happens at a bad time in my school schedule.”

For this reason, unvaccinated Mason students are encouraged to receive a flu shot. Student Health Services continues to offer vaccines to students on a walk-in or appointment basis, though appointments are preferred.

“Get enough sleep, exercise regularly, drink plenty of fluids, and wash [your] hands regularly,” Abdalla said. “And make sure to get the flu shot.”