A Virginia Department of Agriculture and Consumer Services investigation concluded this month that water in Mason Pond tests positive for a herbicide applied by a private contractor for Mason facilities, in violation of the Virginia Pesticide Control Act.

LESCO Three Way Selective Herbicide was applied to approximately 30 feet of land around the pond by an employee of ValleyCrest Landscape Maintenance, Inc. on May 8th. This type of herbicide is only available to professional maintenance personnel. According to the product’s use instructions, the herbicide can cause irreversible eye damage to humans and drift or runoff is toxic to aquatic invertebrates, fish, and non-target plants. The instructions say not to apply the herbicide within 25 feet of  rivers, fish ponds, lakes, streams, reservoirs, marshes, estuaries, bays and oceans. 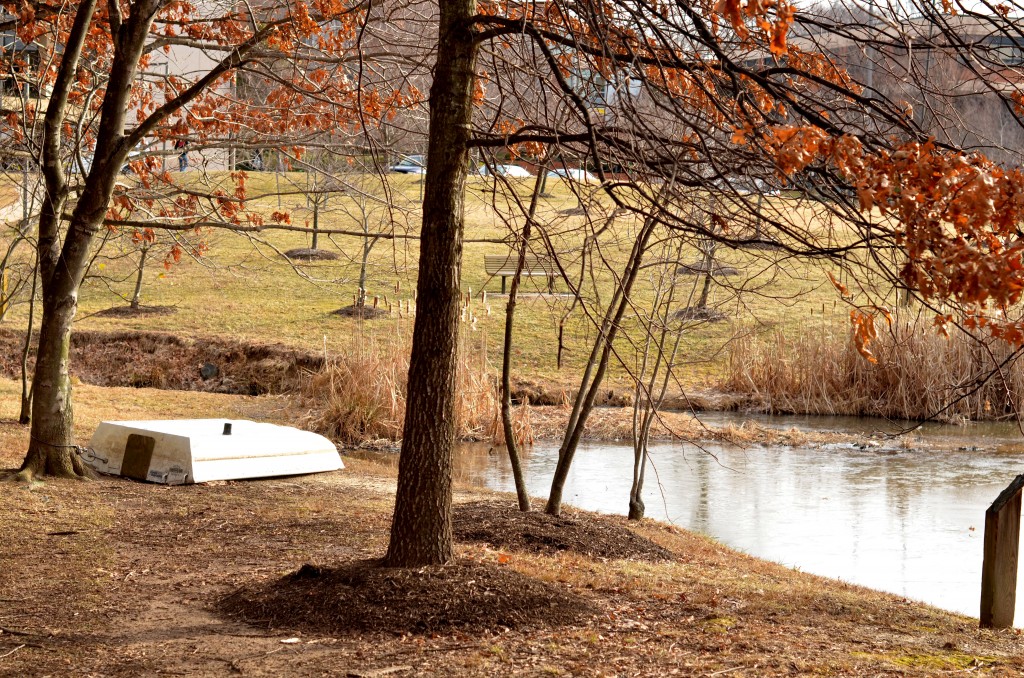 The specific violation was not cited in the investigation. However, under Title 3.2,  Chapter 39, Section 6B of the Virginia Pesticide Control Act, it is unlawful not to follow the instructions on the pesticide label.

“It is unlawful for any person to use or cause to be used any pesticide in a manner inconsistent with its labeling,” reads the law.

The Virginia Department of Agriculture investigated the incident after Elizabeth Green, a non-degree seeking Mason student, witnessed the herbicide application and came forward.

“Typically I would park in Lot K and that particular day in the spring of last year,” Green said, “I walked down that path through the woods and Mason Pond is there. […] I saw the guy with a cart and he was pushing the cart around, all around the pond, and I knew he was applying the herbicide.”

Green did not notice the full effects of the herbicide in the pond until she returned later.

“The next day, or a couple days later, I saw that there was like a foamy substance around the border of Mason Pond. It was pretty significant […] and I knew there was a connection. I lived in Santa Barbara before, you would always know if it rained, the ocean would get foamy from all of the runoff from the streets.”

Green said she “didn’t like the fact that they were being so careless” and after seeing the foam she called about four or five different phone numbers until she was connected to Frank Filipy, a pesticide investigator with the Virginia Department of Agriculture.

According to Green, she was interviewed by Filipy about the specifics of what she saw at the pond. In mid May, Filipy came to Mason Pond and took samples of the water which tested positive for the active ingredients in LESCO Three Way Selective Herbicide. This month, Green received a letter from the Virginia Department of Agriculture detailing the results of the investigation and stating that a civil penalty had been issued for violation of the Virginia Pesticide Control Act. A civil penalty under the Virginia Pesticide Control Act can range from a $1000-$10,000 fine, depending on severity.

Zhongyan Xu, manager for civil and environmental engineering at Mason Facilities, acknowledged the findings of the investigation, but notes that Mason Facilities has a strict illicit discharge detection and elimination policy . This policy is in place to protect Mason students, faculty, and staff from non-storm water drainage in the storm drainage system.

“Mason Facilities is also conducting an internal investigation into the circumstances,” Xu said. “And may take additional action if appropriate.”