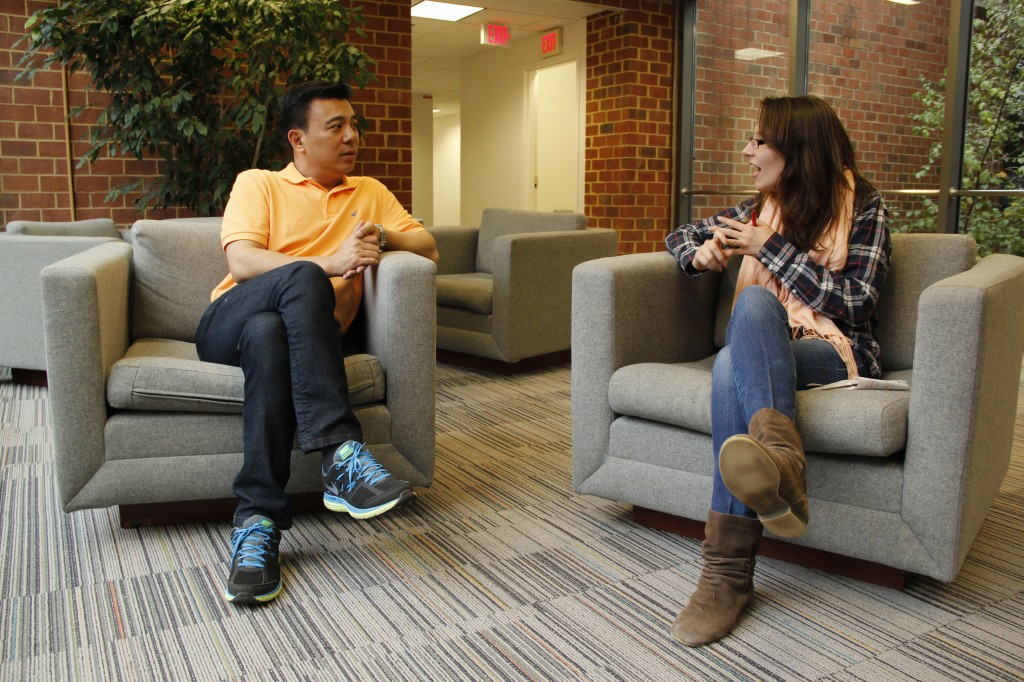 Mason’s School of Music has welcomed two of the top musicians from China as visiting scholars.

Zhang Haifeng is a conductor for the People’s Liberation Army Band and Gu Jinqiu is a clarinetist in the band.

Over the course of the semester, Zhang and Gu have observed classes and rehearsals. Gu even played in the orchestra for the school of theater’s “The Mystery of Edwin Drood.”

For the last 15 years, Mason has developed a growing relationship with China. However, this exchange with the PLA cultivated in a historic concert at the Kennedy Center.

“Back in 2011, the People’s Liberation Army Band of China was invited by the United States Army band, our guys here in Washington, to present a joint concert together at the Kennedy Center. I attended that performance,” Mark Camphouse, a professor in the School of Music and director of the wind symphony, said. “The whole notion behind inviting the Chinese with their top military band to play with one of our top military bands at this great concert hall was to try to promote the lessening of tensions between the two countries, to promote more mutual understanding and cooperation, not only between elected officials, but among our two militaries. I thought what a great idea.” 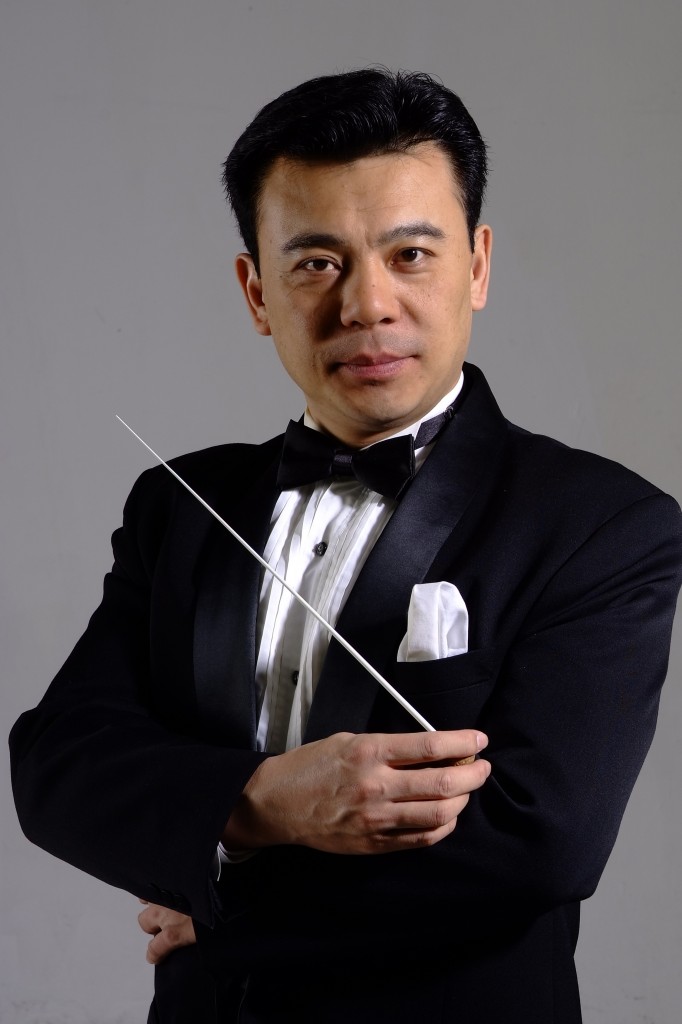 Since the concert, the U.S Army Band has played a reciprocal concert in China.

Concurrently, William Reeder, the dean of the College of the Visual and Performing Arts, was talking with Sherwood Goldberg, the senior advisor on Asian affairs at the Center for Naval Analysis. At one time, Goldberg worked as the assistant for Secretary of State Alexander Haig.

“One time I worked for General Haig in a political effort, and Mr. Goldberg remembered me when Dean Reeder mentioned that I was on the faculty here at Mason. Mr. Goldberg said, ‘do you mean Mark Camphouse the composer? I know of him.’ And Dean Reeder said, ‘yes, that’s who we have on the faculty,’” Camphouse said. “And that led to Mr. Goldberg calling me and wanting to know if Mason, the School of Music at Mason, would like to be considered by the Chinese, a delegation of five officers from the PLA, to check us out. To see what it would be like if they sent some of their best players and conductors to Mason to study.”

Following this, in December of 2012, the PLA looked into a number of music schools on the east coast, the Julliard School in New York, the Curtis Institute in Philadelphia, the Peabody Conservatory in Baltimore and Mason.

Ultimately, Mason was chosen to take part in this exchange.

Reeder hopes that this exchange will help to bridge the gap between cultures and further better relations. His motivation for this program is the desire to see Americans and Chinese compose a new, original piece together.

“Well, there’s so many levels of [the Chinese and American] relationship. The arts are a shared language of the world. It’s a common language. It’s not political, it’s not economic, it’s social in the sense of art, culture, social life, and it’s where you see the common emotional shared values as part of the whole substance of it,” Reeder said. “It’s really rewarding. You don’t worry about the East Sea or cyber security or whatever the political issue is of the day. It’s really just artists at work, and I think that’s really good.”

While here, Zhang and Gu have been learning about the way in which Americans, especially in secondary education, teach music.

In the U.S., music education is focused greatly on method and performance, while China devoted education to technique.

“[There are] many, many differences in education[of] music,” Zhang said.

A big surprise for Zhang was seeing Mason music professors like John Kilkenny, director of Percussion Studies, recording a CD for kids to learn from.

Moreover, the process of becoming a musician differs. In the United States, a child can choose from a young age which instrument they want to play. In China, the decision is often guided by the parents. Although Zhang wanted to play an instrument, his father guided him towards learning the clarinet.

Zhang for example, entered the PLA music school at the age of 16, where he studied the clarinet for three years. At the age of 19, he joined the PLA Band as a musician. Eight years later he was encouraged to attend the Central Conservatory of Music in Beijing to study conducting.

Kilkenny is encouraging Zhang’s teaching and conducting style for students in the school of music.

In a concert on Nov. 13, Zhang will be conducting Mason’s wind symphony, which is composed of three pieces. Gu will be performing as clarinet soloist.

“One very good thing for our students is not only are they working with different conductors this semester. But, Colonel is one of the most important musicians in China and for our students to have the opportunity to work with him, someone at that caliber, is something they wouldn’t normally get even from another local military band conductor. It’s a big deal,” Kilkenny said. “Also it’s good for them to learn how to work with a conductor whose first language isn’t English because they need to be able to understand by watching his gestures, what is expected. Obviously, speaking limited English, but really communicating through the musical ideas what he wants. And that’s incredibly important for our students and a really neat thing for them.”

Although the motions of conducting do not change, it is important for music students to learn to work with conductors from different cultures. Because Zhang works with high caliber musicians in China, he is trying to raise students to that level.

The concert will include a local high school and Chinese music that has never been played before in the United States. They are original songs composed by members of the PLA band.

Zhang will be conducting these pieces.

“They are [playing] Chinese marching music and the other is a Chinese folk song,” Zhang said.

For now, the contract for Zhang and Gu will complete when the semester ends, and they will be returning to work with the PLA Band.

Reeder hopes to see this exchange continue and believes that these positive people-to-people relationships only help to build foundation for future projects.

“We don’t have a formal next step with these professionals, with the People’s Liberation Army, but I’d be shocked if it didn’t take place,” Reeder said. “I hope it does.”