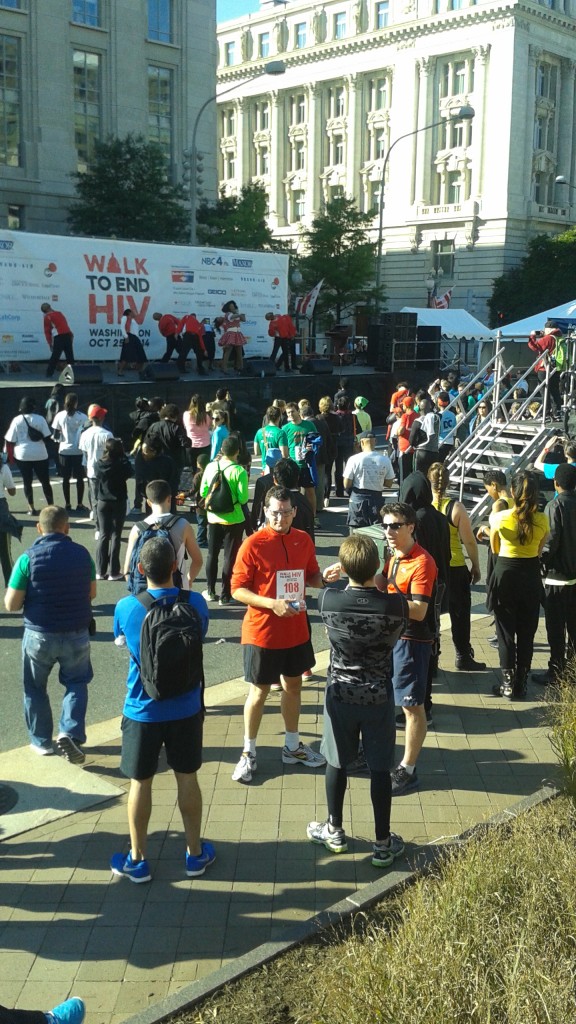 According to the World Health Organization, HIV/AIDS was the number six leading cause of death in the world in 2012. Though HIV/AIDS related deaths have decreased since 2012, it is still present.

This past Saturday, was the Walk to End HIV in Washington D.C. There was a good showing of people, which shows community support  for those battling the life threatening epidemic.

“There is a stigma associated with AIDS that it’s a disease of a certain type of person or that it only happens in a certain part of the world,” said Kathleen Welch, program and event coordinator for Social Action and Integrative Learning.

For people who have to live with a positive diagnosis, support for their struggle is vital. A positive diagnosis can cause stress, and the American Psychological Association has stated that chronic stress is a bigger problem than people think. Positivity and support can help people through stress, and support for the walk shows that there are people who care about AIDS to keep working towards a cure.

The Walk to End HIV demonstrated a partnership of people of all ages and types to come together in support of a common goal, bridging societal gaps. College students walked  with young children, straight and gay people walked together, men and women and non-gendered and gender queer, transgender individuals and people of all different ethnicities and races showed up to support those who have contracted the AIDS virus.

“It’s important to help erase that stigma that ’not everyone can get AIDS’ because the truth of the matter is that anyone can,” Welch said.

Contrary to popular belief, AIDS is not a gay sickness or an African disease; it affects all people of all genders and all races and orientations.

But the Walk to End HIV was more than a walk. It was a festival with performances, food and a free testing clinic.

“Education is really important here in addition to research funding because there’s still a big stigma that exists,” said Lori Lawson, a student and member of the Leadership and Community Engagement LLC.

Brandon Cado, also a member of the LLC, felt getting tested is an important part of reducing the spread of AIDS and other communicable diseases.

“The people here today go home and, if they haven’t already, research about HIV and AIDS,” Lawson said.

AIDS is a complicated problem that impacts millions of people every year. Recent reports by UNAIDS.org estimates that 35 million people globally are living with AIDS, and approximately 19 million of them do not know their status. The more global awareness about AIDS, the closer we are to resolving this epidemic.

“If people continue to get tested and raise awareness about the issue, the AIDS virus can be eradicated,” Welch said.