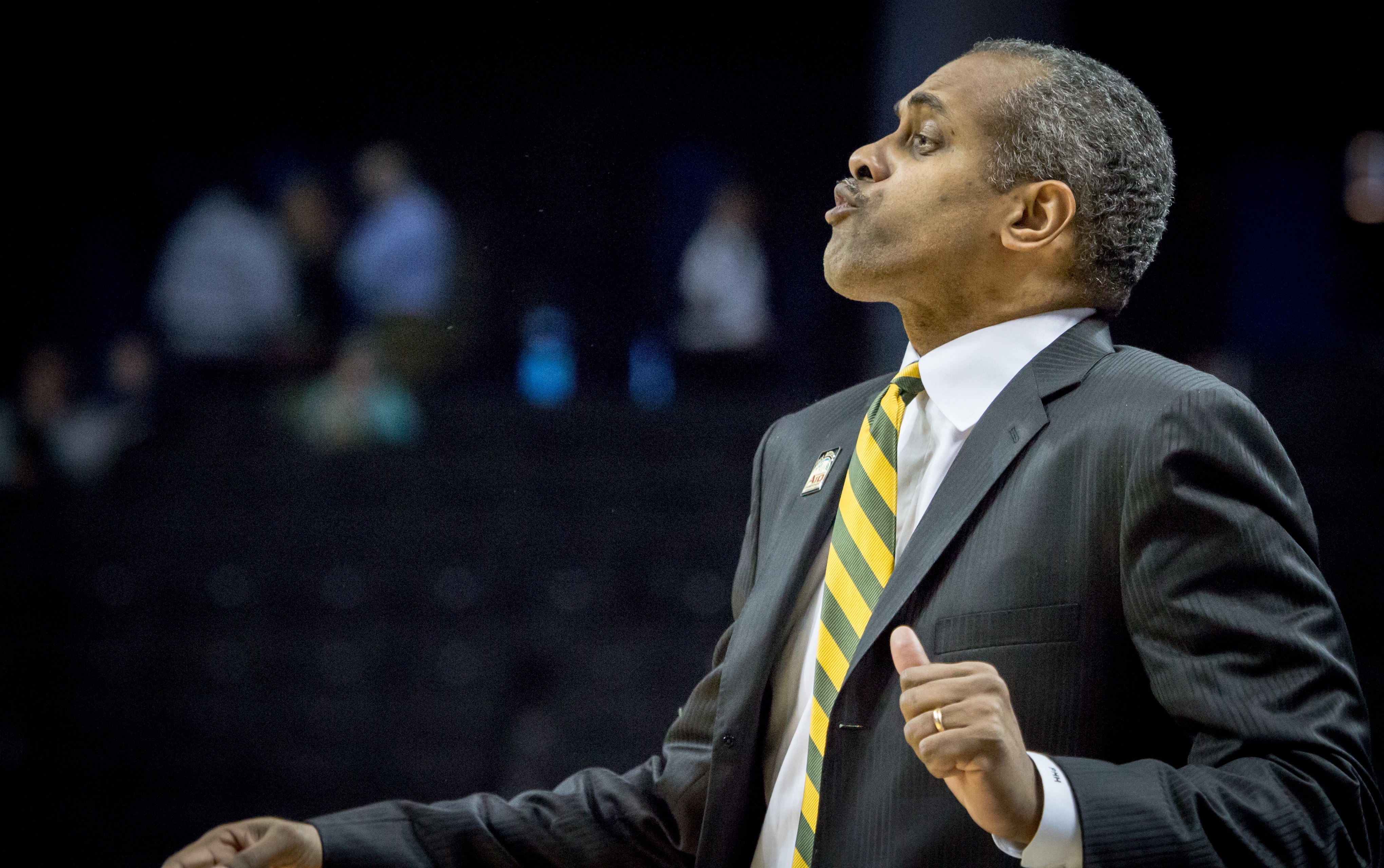 Following a season where the Mason men’s basketball team finished second to last in their first season in the Atlantic 10, the A-10 preseason basketball poll predicts a similar finish for the Patriots this season. The poll predicts Mason to finish 13th out of 14 teams just ahead of Fordham and behind conference newcomer Davidson.

Released on A-10 media day at the Barclays Center in New York, the poll also predicts the preseason all-conference players for the upcoming year. No Mason players were predicted to be an an all-conference performer.

Two of Mason’s top rivals, VCU and George Washington are predicted to finish first and second respectively. You can see the entire preseason poll here.

Head Coach Paul Hewitt spoke to the media Tuesday, and he addressed several topics including last year’s performance and several positives to look forward to in the coming season.

Coach Hewitt on the transition to the A-10

“Going from the [Colonial Athletic Association] to the Atlantic 10 is playing bigger, physical teams night in [and] night out,” Hewitt said. ” I used to tell people when I was in the ACC what you don’t understand is the physical toll, cumulative toll that it takes on your team as it goes through the season. I saw a lot of that with our team last year.”

“[Julian Royal] can be extremely important because he can score.  Julian’s a 6’8 kid. He came in at about 245 250 [pounds]. He’s down to about 225. He looks good. He’s as quick as I’ve seen him since I recruited him in high school. He can score and one of the things I think could be a struggle with us is scoring. We’re going to rebound. We’re going to defend well. Julian and Patrick [Holloway] seem to be the two guys.”