Forget the burritos: despite online rumors, Chipotle will not be added to the newly renovated University Mall.

“There is not a Chipotle coming to University Mall at this time,” said Chuck Mason, vice president of Geo. H. Rucker Reality Corp., the company developing the shopping center.

The speculation about the chain began on the message-board website Reddit, where user “picflute” posted a picture of construction with what appears to be a Chipotle banner in the background. 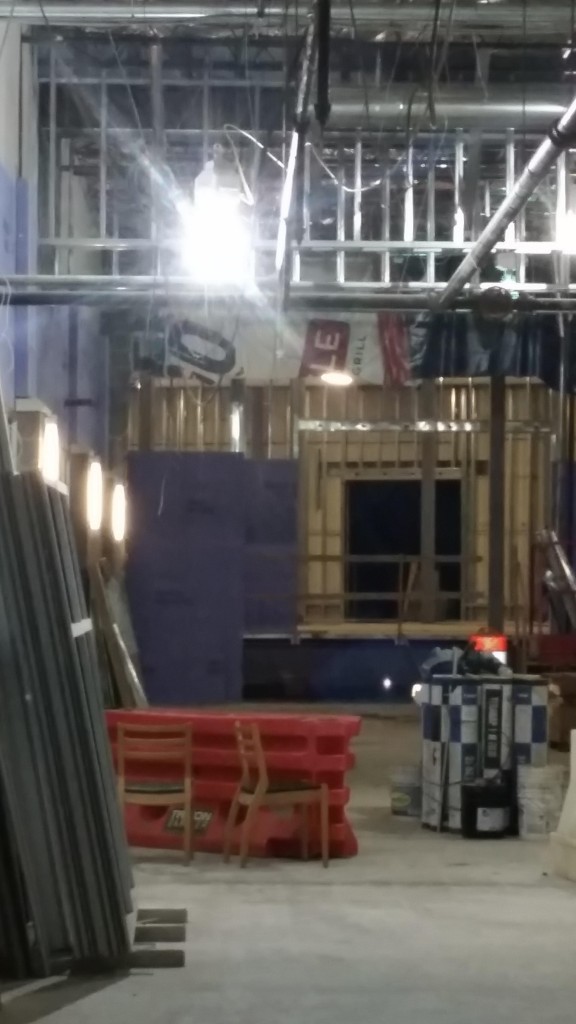 This photo appeared on Reddit claiming that there was a Chipotle banner in the background of the University Mall construction.

The desire for a Chipotle on or closer to campus has been a discussion at Mason for years. The nearest Chipotle locations are on Lee Highway or in Fairfax Corner.

“Having a Chipotle near campus would allow for more dining options,” said Monica Barton, freshmen criminology major. “It is something a lot of people on campus would love. We need more diversity.”

However, campus dining officials indicated that more retail restaurant space will be available for rent at the Johnson Center in the future.

“As we start the design for Phase 2 of the JC, we will reach out once more to see if [Chipotle is] interested in space,” said Mark Kraner, the director for Retail Operations for Mason’s dining contractor, Sodexo, noting that the expansion would begin next July.

“Chipotle is popular among students and to know that there is a familiar food name on campus would probably be a perk,” said Marcella Day, a senior dance major. “I would probably go there twice a week at least.”

Featured image by Mike Mozart, no changes were made. Creative Commons License.