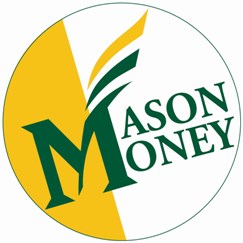 The 10-year-old Mason Merchant program, which allows students to use Mason Money at local businesses, is expanding to new locations and clients in the Northern Virginia area.

All of the participating businesses have to post a Mason Money logo on their front door or in front of their cash registers to let Mason students know that they are active members. They must also purchase a card reader that costs $375, according to Mark Kraner, the executive director of Campus Retail Operations.

Approximately 22,000 students use Mason Money year-round and deposit about $2.5 million a year through the program, according to Kraner.

Kraner says that there are currently 21 clients under the program with the university. This includes the recently added Noodles & Company restaurant off of Main Street and Freddy’s Frozen Custard & Steakburgers off of Fairfax Boulevard.

Many restaurants were already a part of the program but had to rejoin it last year.

“Last year we restarted the program again because the provider we had decided to no longer to do the business with us,” Kraner said. “So we had to reset the program and go get the clients one more time.”

According to Jaret Romano, the marketing specialist for Mason Money, more new and active clients in Fairfax include restaurants and other retailers like Twins ACE Hardware, Wendy’s at University Mall, Hard Times Cafe and Fairfax Surf Shop.

However, this is just the start of Mason’s plan to add different types of retailers to the Mason Merchants program.

“It’s not just food. We’re bringing in some other things,” Kraner said.

Karun and Toast Café in Arlington have also signed onto the program, according to Kraner. Mason’s Prince William campus may get its first Mason Merchants restaurant as well with Mason Dining in talks with the new Subway  at Beacon Hall.

Kraner also says that as long as an account is not inactive for a year, Mason Money can be used even after graduation. If it does become inactive, the account is closed and the money is sent to the Virginia State Treasury.

Mason Dining is still trying to fix problems that occur when people try to tip with Mason Money.

“That is one of the more difficult things. We’re working with that software to see if we can fix that. We’ve asked the vendor to look at it,” Kraner said.

Students can check this list of all the participating businesses, and if they have any businesses they would like to see as Mason Merchants, email masonid@gmu.edu.