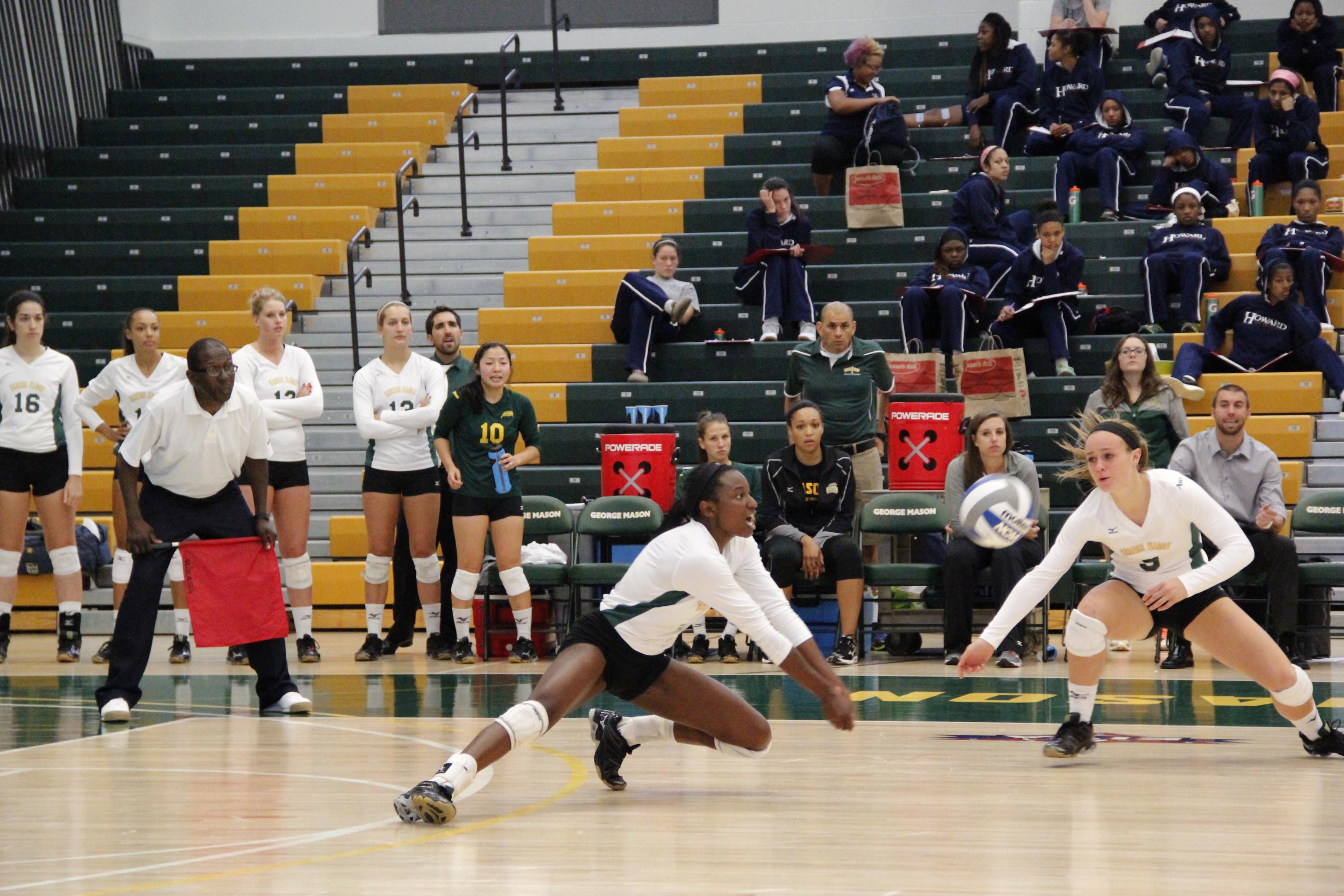 The Mason women’s volleyball team fell Saturday afternoon to the Georgetown Hoyas at the RAC in Fairfax, Virginia.

Mason went down early and stayed behind for the majority of the first set prompting Mason coach Pat Kendrick to take a quick timeout. After the timeout, Mason battled back with five consecutive points late in the set to tie the score at 20. The Hoyas answered with three straight points of their own and would go on to win the first set by a score of 25-22.

While they were unsuccessful in completing the comeback in set one, Mason used the momentum from the end of the first set for a great start in the second. The teams swapped points for a little while, Mason consistently keeping a one to two point lead. The Hoyas then took their first lead of the game at 15-14, but Mason battled back to take the lead 22-20. Kendrick decided to use a timeout after the Hoyas scored two straight points to tie the game. The timeout worked well as Mason went on to win the next three points tying the game at one set apiece.

Mason started the set strong and eventually found themselves tied with the Hoyas at 16 points. But Georgetown quickly pulled away scoring five consecutive points. Of those five points, two were service aces by Georgetown’s White. Mason tried to rally at the end but lose the set 25-23.

Mason came out flat in the fourth set, and Georgetown tallied the first five points. The set would become a one-point contest at 8-7, but Georgetown had an answer and scored three straight points, forcing Mason to take a timeout. Mason would not get any closer than that, and a set that saw Georgetown rally off nine consecutive points, would end with a score of 25-13.

The Hoyas improved to 2-1 on the season after defeating Howard later on Saturday while Mason fell to 0-3 after being swept by American, the 24th ranked team in the country.