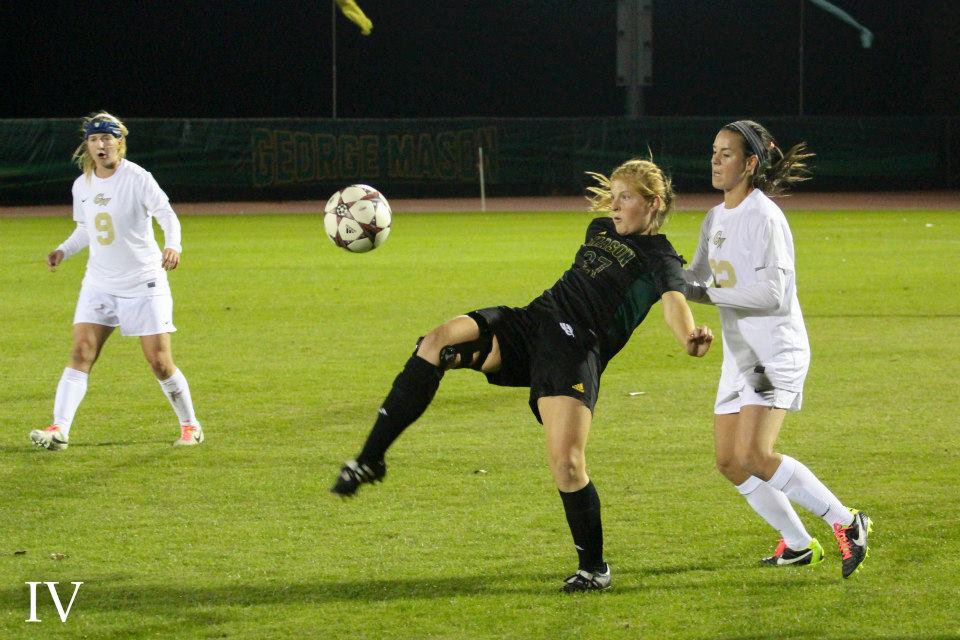 The Mason women’s soccer team enters their second season in the Atlantic 10 conference, looking to improve on their 5th place finish last year. The Patriots finished 4-4 in the conference and 7-11-1 overall.

Eight incoming freshmen will look to do their part to take the 21 returning players to new heights. Junior Briana Kottler has the sizable challenge of replacing standout goalkeeper Lyndse Hokanson, who earned second team All A-10 honors last year.

Last year’s leading scorers Emma Starr and Liz Hodges return to a team that struggled to score goals at times throughout last season. Five out of the six players that played in all 19 games last season return this fall; however, losing assist leader Jazmin Cardoso hurts the team.

The Patriots opened the 2014 season with a home loss to Loyola then fell in overtime 1-0 to William & Mary at George Mason Stadium. Freshman forward Erin Mitchell had four shots in the opener, and she could play an integral role in the offense this season.

Mason continues this home stand with East Carolina and American on Aug. 29 and Aug. 31 respectively. Then the team hits the road until Oct. 10 when they return for a three game home stand. Their road trip could be huge to their final ranking in the A-10.