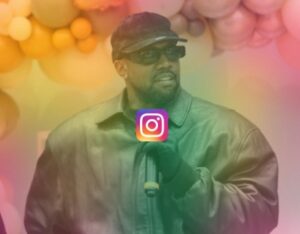 Kanye “Ye” West is perhaps one of the most influential and iconic rappers of all time.

In a 2019 interview with David Letterman, West described his psychiatric treatment and bipolar diagnosis in 2016.

“If you don’t take medication every day to keep you at a certain state, you have a potential to ramp up and it can take you to a point where you can even end up in the hospital,” said West during the interview.

Although he has taken steps to improve his mental health, it has been reported that West would frequently stop taking his medication when working on his albums, with sources claiming that his reasoning behind doing so is that his medications “stifle his creativity”. West has denied these claims.

In the past few weeks, West seems to have taken a turn for the worse, making various inflammatory posts on his social media towards other celebrities such as Pete Davidson, Billie Eilish and ex-wife Kim Kardashian among many others. Unfortunately for him, this would result in an immense social media backlash against him, even being booed during the 2022 Super Bowl.

Considering his past mental health struggles and his tendency to go off his medication for creative purposes, West’s recent mental breakdowns highlights an important aspect of mental health: stigma.

Ever since Britney Spears’ infamous mental breakdown in 2007, it has become increasingly evident that as social media and online tabloids expand, celebrity vulnerabilities, especially in mental health, become increasingly sensationalized and stigmatized.

Given  these celebrities are often very influential, the backlash they face when they expose their vulnerabilities is often devastating. Big names such as Demi Lovato and Amanda Bynes, once associated with youthful energy and spunk, are now associated with vice and scandal.

Clearly, not even celebrities get much sympathy for their mental breakdowns, so imagine what ordinary people who face mental illness must face.

Not everyone who has a mental breakdown can afford a week-long stay at a psych ward (which can cost thousands, not including the opportunity costs of losing one’s job), much less an expensive stay at a luxury rehab facility like most celebrities.

It is clear that Kanye West needs help. He is suffering greatly due to many factors negatively affecting his mental health. If these issues are not addressed soon, he could end up hurting himself or others. In any mental health scenario, the main priority is to prevent this from happening.

This is why early intervention, self-care, mental health awareness, and mindfulness are so important to us. The best way to lessen the stigma on mental health is compassion and understanding. Kanye West may not be the best person, but that does not make him any less deserving of compassion.

Kanye deserves much better than what he’s currently getting. If we decrease the stigma on mental health through education, awareness, and understanding, we can minimize the negative effects of mental illnesses in not just celebrities, but also for everyone.