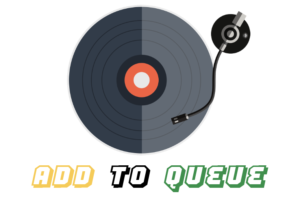 It’s officially the season of “Red (Taylor’s Version).” The newest in the pop icon’s series of album re-recordings became available at midnight, Nov 12, and I joined the flanks of fans tuning in as soon as it dropped. From the classics we know and love to the never-before-heard “vault tracks,” we get to watch it begin again.

“All Too Well (10 Minute Version) (Taylor’s Version) (From the Vault)” might have an absurdly cumbersome name, but having listened to it, it deserves to take up exactly as much title space and run time as it wants. The 10-minute version of the already gut-wrenching breakup ballad left me legitimately breathless through the entire first original verse, and I hardly had a chance to recover.

This extended version has all of the pent-up passion and devastation that 22-year-old Swift held while she was experiencing it. Laced throughout the familiar verses were new words, each one just another twist of the knife.

As for the standard re-records, in some ways Swift’s vocal and personal growth is her own worst enemy. The beauty in “Red (Original)” was the raw heartbreak that bled into her voice, coming through in a wavering voice and an occasional southern twang shining through in the most passionate moments

It was evident listening to tracks like “Come Back, Be Here” and “I Almost Do” that the emotions had simply passed. While she did a stunning job replicating the songs we know and love, there were some points where I felt the vocals and backing instrumentals just lacked the gut-wrenching devastation we know and love.

In a way, that’s the beauty of the re-records. We get to look back on these songs and remember the heartbreak and passion we all experienced nine years ago, while knowing we’ve grown. Swift has moved on from those slights, tackled more righteous points of anger, and come out on top of it all.

Now let’s talk about the vault.

My two most anticipated songs were the collaborations with Phoebe Bridgers and Chris Stapleton, respectively – two of my favorite artists – and neither of them disappointed, though they came through in such polar opposite manners that I nearly suffered whiplash at the contrast.

“I Bet You Think About Me (feat. Chris Stapleton)” was a shockingly cutthroat take-down that took no mercy on whoever the unsuspecting subject was. Concealed by a cheerful pop-country tune, this is the epitome of a Swift revenge breakup anthem.

On the complete opposite of the spectrum, “Nothing New (feat. Phoebe Bridgers)” might just leave you doubled over on the ground. In all seriousness, there should be a warning for all 22-year-olds before they turn this on.

The ballad takes on all the terror and exhaustion of realizing you’re getting older as “The Lucky One” with none of the plausible deniability that comes with telling someone else’s story. This is a terrifyingly vulnerable exploration of what it means to age out of success, passing the torch to the next generation and knowing its beckoning in your own obsoleteness.

With the parallels between “Nothing New” and “The Lucky One,” combined with the thematic mentions of birthdays in “The Moment I Knew” and “All Too Well (10 Minute Version) (Taylor’s Version) (From the Vault)” the album stands as an homage to aging, with all the fear, uncertainty, and eventual acceptance that comes with it. With this re-recording, Taylor managed to convey all the complex, twisted emotions that come with reflecting on a period so full of emotional turmoil, knowing that you’ve made it through.

MASON HAS 18 TEST POSITIVE FOR COVID-19 IN TWO WEEKS