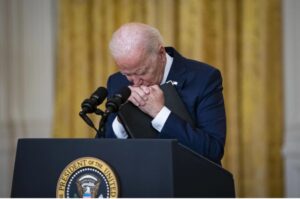 Almost 20 years, $2.3 trillion and 2,461 Americans lost. Without a shadow of a doubt, Afghanistan is the sourest “Mission Accomplished” in American history.

The public disappointment that might distract from this victory, however, is not unwarranted. The Taliban recaptured Kabul, $83 billion in U.S. military equipment sits at its disposal and, after two decades of sheltering Osama Bin Laden, global recognition is becoming a more likely outcome of its foreign policy ambitions.

The resentment that Americans, and certainly veterans, feel over the Afghan war is mostly premised on two reasons: The reestablishment of an Islamic Emirate of Afghanistan and the inconvenience of having to deal with an untrustworthy Taliban government once more.

Though in retrospect, should the Taliban’s re-emergence have been a surprise?

For decades, Americans were promised, at least implicitly, that a Taliban takeover of Kabul would be near impossible. The sponsoring of pro-Western regimes and propping of an Afghan National Security Force were marketed as assurances by our leaders for the Taliban staying out of Afghan politics.

This assumption blatantly overlooks the Islamic heritage of Afghanistan that makes groups like the Taliban feel entitled to its government. Throughout the country’s turbulent political history, there always existed a conservative cohort of Islamist tribes whose sole intention for the country was to establish an Islamic state.

Even in geopolitical terms, the fall of Kabul, at least from a Western perspective, should have been expected.

Between 1917 and 1990, most of Afghanistan’s neighbors, such as Tajikistan, Turkmenistan and Uzbekistan, were under Soviet occupation. Upon the Union’s collapse in 1991, these newly independent states had a choice to determine their futures without American troops on the ground.

And what did these countries choose? With Freedom House Scores no higher than 37, Afghanistan’s neighbors evidently elected authoritarianism or anocracy as plausible alternatives to full democracy.

Public disappointment toward the war effort ultimately stems from unrealistic expectations. The Washington bureaucrats that we call “experts” believed it possible, beyond the incapacitation of Al Qaeda and the rightful prosecution of terrorists, to institute a Belgium, a Norway, or a Sweden in a state and a region that is historically unwelcoming of neoliberal democracy.

Maintaining a contingent force of 2,500 U.S. troops ignores Afghanistan’s inevitable future and welcomes resistance. As long as the goal is regime change, America will endlessly fight 7,409 miles away, isolating itself in quicksand around enemies who hate it and against ideological movements that thrive off its footprint.

And to those who attach a moral obligation to our presence in Kabul beyond the need to establish deterrence against terrorists, they ought to be cautious of the hypocrisy of their positions.

If our deeper objective in keeping a residual force in Bagram is to guarantee the basic humanitarian rights that most Americans take for granted to innocent Afghans, then we ought to apply the same energy and commitment to the hundreds of Syrians we watched get gassed in 2013 and the thousands of Iraqis whose lives we destroyed after deposing Saddam Hussein 10 years earlier.

In the end, we accomplished what we had to from Afghanistan: Osama Bin Laden is dead, and Al Qaeda’s bases in the country are rendered inoperable. Only by making permanent regime change a goal from our war effort does it start to become a failure.

If anything, monitoring a war-torn Taliban that seeks a seat at the U.N. can teach us precious lessons about post-9/11 Islamist politics. How will the Taliban recalculate its affiliations with Salafi Jihadists moving forward? Will it make the foolish mistake of housing another Bin Laden?

As for the Republicans in Washington who have no interest apart from playing politics, they should be grateful for their sacrificial lamb in the White House.

The outcome in Afghanistan, no matter the fighting season or administration, was inevitable. It took Joe Biden’s all-too-familiar habit of siding with his gut to help us realize that.

This article in no way downplays the insecurities that come with a Taliban government nor posits an allegiance with President Biden or those seeking to replace him. The U.S. withdrawal from Afghanistan is discussed for one main purpose: To emphasize the need for America to separate counterterrorism from nation-building moving forward.

The war on terror, like that of crime, will forever be an endless one. Amid intense competition with China, we ought to fight it strategically by putting our interests first and, above all, being wary of the hypocrisy in our moral claims that keep us abroad longer than we should be.

In the wise words of the Navy Seal who killed Bin Laden: “We won the war in 2003, we crushed them, we should have left.” Unfortunately for Robert O’Neill, the “them” and war that he was fighting were unlike those which the U.S. government was fighting.

The least we can owe to our brave service members and future generations of Americans is electing a government that enters commitments with a plan, a realistic finish line in sight and a hawkish determination to cross it.

For in the end, if we are going to start winning again, we ought to know what victory looks like.