“As of February this past year, I decided to start my own business as an Amazon FBA wholesaler. Throughout quarantine, I decided I was going to work to have money before going back to campus.

For the longest time, my Amazon account was locked, but I’m finally able to sell now. I have my first meeting with my Amazon associate this Thursday. A takeaway I have is I wish I did banking with BB&T instead of Wells Fargo because their start-up amount is only $100.

Initially, starting my own business on Amazon was a way to get out of my previous job. Two weeks before I decided to quit my job at the time I was actually offered a job as a sterilization technician at an orthodontist’s office, and so I realized how good I was at interacting with people in a professional environment.

I asked my mother to help me identify the software I needed to purchase for the business. I expected to pay $30 a month for it but she ends up purchasing the one that’s $100 a month called Jungle Scout, and she ended up paying for a full year’s worth. I’m thankful for that and she said I don’t have to reimburse her, but I probably should.

Jungle Scout identifies the top-selling product on Amazon and links you to various distributors where you can purchase items in bulk to wholesale.

Put your best foot forward at all times regardless of the job being big or small; do it right or not at all.

Amazon FBA wholesaling is a great way to make an additional stream of income, but — I feel like you’re making money, but it’s not products I’ve made with my own two hands. 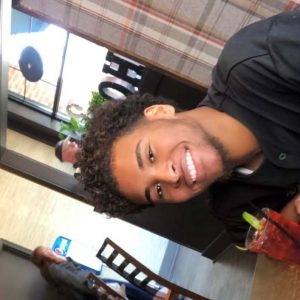 After watching Sweet Life with Issa Rae, I saw a couple of people on there that had their own clothing lines, and I was just like I should be able to do this because the DMV is a very resourceful area with the proximity to DC. If you look at sites like Asos, Mugler or Teflar, I really feel like what’s in now is European streetwear so I feel like that’s the next type of thing that I want to get into.”

SOLVING THE PROBLEM OF THE DINING HALLS

SEVEN OUT OF 4,928 STUDENTS TEST POSITIVE FOR COVID-19 AMONG NEW TESTING MANDATES