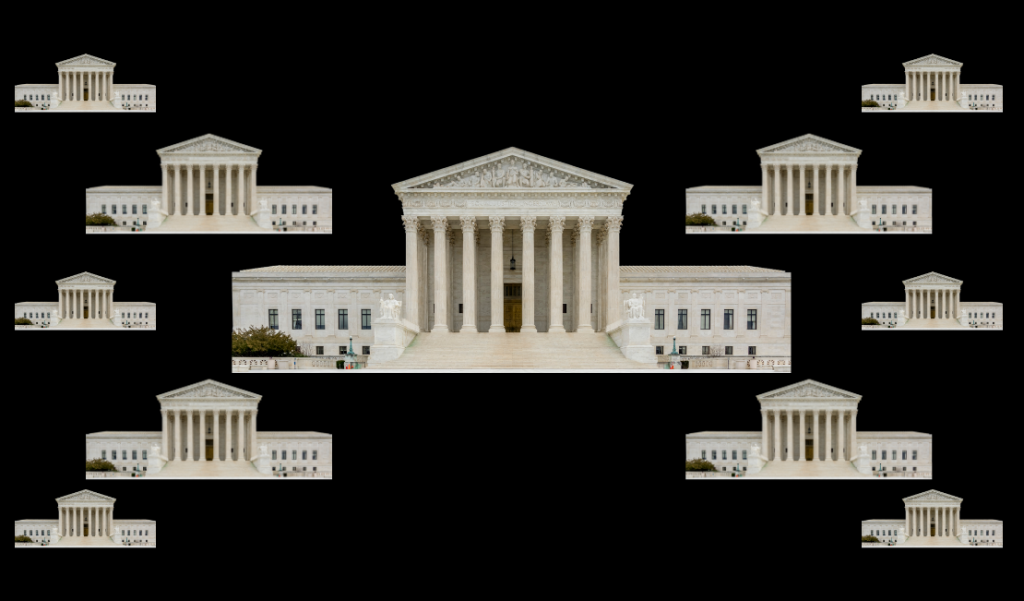 Last week, my friend Alex Madajian, a thoughtful staff writer for Fourth Estate, wrote a piece on how Democrats expanding the Supreme Court would be the very kind of norm violation that they’ve accused Trump of engaging in for the past four years. According to Alex, such a transgression would only result in escalation and “the invalidation of our third branch.” I argue that the threat of court packing is the only way to avoid that very outcome.

For decades, Congress has sought to avoid the very kind of escalation that Alex is warning of: a situation where both parties, when given the opportunity, expand the Supreme Court to achieve their desired ideological balance. In 1869, Congress set the number of Supreme Court justices at nine. With the exception of Franklin Roosevelt’s court packing plan in 1937, neither party has attempted to alter the size since.

Rather, both sides counted on having nomination opportunities when they eventually won an election — which they viewed as better than expending costly political capital and judicial legitimacy to expand the court. As a result, we’ve arrived at the norm of nine justices. It is no question that expanding the Supreme Court would constitute a violation of that long-standing norm.

But a norm is a means to end, not an end in itself. The nine-justice norm has endured as a way to avoid costly political battles and preserve the legitimacy of the court. It has failed on both counts.

Today, the appointment process has become political theater. As the court has become an important source of national standards on hot button issues, contests over its ideological balance have become flashpoints with generational ramifications. Over ten million dollars were spent lobbying for Justice Kavanaugh’s confirmation; Democrats raised $91.4 million the weekend after the death of Justice Ginsburg, smashing fundraising records.

These high-stakes political battles have damaged the court’s image. The late Justice Scalia’s seat was held open for over a year as the Republican-majority Senate refused to confirm Obama nominee Merrick Garland. Justice Brett Kavanaugh was confirmed amidst multiple allegations of sexual assault and accusations that he had perjured himself during testimony. Barrett was the first justice ever confirmed during an election — people were casting early ballots as the hearings were being conducted.

The court’s primary claim to legitimacy is process — people need to see the makeup and decisions of the court as “fair.” Millions in political spending, fiery televised hearings and partisan confirmations are eroding that claim. A court without legitimacy conferred by popular mandate or process is one whose decisions will have less command over an increasingly divided Union.

There’s no reason to resign the court to this fate if Democrats win big this November. A Democrat-controlled Congress would have the authority to reform the Supreme Court — they would also have it in their power to entirely delegitimize it. As Alex warned, they could pack the court with “rubber stamp justices” if they so choose. Such a provocation would only be met with punishment at the ballot box and eventual political retaliation. In such a game of tit-for-tat, we would all lose.

But this isn’t the only possible outcome. During the primaries, Pete Buttigieg floated the idea of an expanded and fixed 15-justice Supreme Court, and that might be something Biden would support since Buttigieg has been one of his top campaign surrogates. Under Buttigieg’s 5-5-5 plan, the two major parties would get to appoint five justices each, and the 10 politically-appointed justices would be responsible for picking and unanimously confirming the remaining five. Paired with constitutional term limits, such a deal would be a significant way to de-politicize and re-legitimize the Supreme Court.

The prerequisites necessary to enact such a plan — control of the presidency, House and Senate — constitute nothing short of an enormous popular mandate; Democrats shouldn’t hold back in some misplaced adherence to a norm. It would be irresponsible for Democrats not to use that mandate to save the court from partisanship-fueled disaster. The 15-justice plan is a way to achieve that without triggering the nightmare escalation scenario.

Such a deal would be good for the country. The court would be designed around forming consensus opinions and neither side could claim that the court was illegitimate by virtue of its makeup. However, a compromise orientation probably won’t be enough for Republicans to put their conservative supermajority up for negotiation. The threat of a nakedly partisan liberal supermajority might.

Norms are what we use to lubricate the clunky Madisonian machinery of our government. When the gears stop turning, it’s time to try something new. The nine-justice norm hasn’t made the Supreme Court better, and it hasn’t made faith in our institutions stronger. Wholesale reforms achieved through electoral victories and good old-fashioned politicking are the way to go.